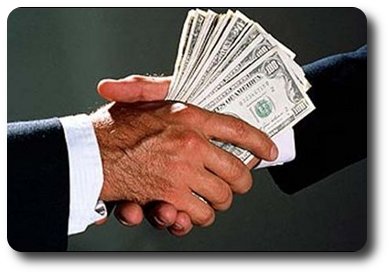 In my study of major disasters in history, the normal reaction of city, state, and national leaders was to dismiss, delay, disparage, deny, and deceive. I am trying to be gracious but many officials lie to cover their incompetence, inadequacies, and inaction.

It has happened in all ages, in all societies, in all circumstances.

During the London plague in 1665, it was no different, although no doubt the city officials were fearful of panic. Politicians usually think they are far more responsible than are ordinary citizens.

London officials deceived the populace by underreporting the number of deaths in the city. Daniel Defoe wrote in A Journal of the Plague Year, “The burials in St. Giles's were fifty-three, a frightful number, of whom they set down but nine of the plague. But on an examination more strictly by the justices of the peace, and at the lord mayor's request, it was found there were twenty more who were really dead of the plague in that parish, but had been set down of the spotted fever, or other distempers, besides others concealed.”

The city officials concealed the number of deaths of plague and identified other plague deaths as having other causes. Astute residents of the part of London where the deaths were happening noticed that there were far more funerals than deaths reported.

During the influenza epidemic of 1918, so much of the poor handling of the official response stemmed from the fact that newspapers were encouraged not to write anything that would damage “morale” during World War I. Government censors played down the epidemic using the war as a reason.

Few Americans will believe it but our government, in fact, the United States Public Health Service permitted 399 black men to die without giving them the medicine that could have totally cured them! It started in 1932 and was called the “Tuskegee Study of Untreated Syphilis in the Negro Male.” Health officials wanted to know the natural history of untreated syphilis so they went to Alabama and found 600 poor black sharecroppers from Macon County.

In late 1932, Macon County was flooded with fliers promising “colored people” special medical treatment for “bad blood.” Blacks in the “colored” part of town read the government pitch: “Free Blood Test; Free Treatment, By County Health Department and Government Doctors,” the black and white signs said. “You may feel well and still have bad blood. Come and bring all your family.”

There were 600 Guinea pigs divided into two groups: 200 without syphilis and 399 with syphilis. Over 40 years, the men were watched by health officials as they died. At their death, their ravaged bodies were examined to discover what the vicious disease had done to them.

The victims were told that they would get free medical care from the government plus meals and free burial insurance and the study would last six months. It lasted 40 years. The victims were told they had “bad blood,” a euphemism for syphilis, anemia, and other illnesses. None were told it was a syphilis study or that they would never be treated. The treatment at the time had 50% success. Penicillin had been discovered in 1941 and every life could have been saved with a shot of penicillin. But the researchers wanted to know what advanced syphilis would do to the human body.

The 399 Blacks were not even told they had a deadly disease, one that could now be cured easily; however, they were permitted to die an agonizing death - by their government!

In 1997, President Bill Clinton formally apologized and held a ceremony at the White House for surviving Tuskegee study participants. It did not help the dead victims or the 40 wives that were infected by their husbands or additionally, alleviate the pain, sorrow, and the horror of the surviving children, nineteen of whom were born with syphilis.

We must remember that even health officials, at best, are human with all the human frailties: they make mistakes, lie, exaggerate, and can be incompetent. The Wall Street Journal revealed that the official figures reported by Chinese officials for this pestilence are vastly underreported by simply falsifying death certificates. Coronavirus deaths are listed as pneumonia.

There have been many reports of stacks of body bags at hospitals in Wuhan that were taken to crematoriums and burned without being added to the official record. At one hospital, a woman said, “I have been working all day long. Now I am off duty. I took off around 4 p.m. I have been crying my eyes out. The infection is much more horrible than it’s reported on TV.”

Continuing their path of deception, China is now accusing America of being the source of the coronavirus! But then, Communists have a record of lying as the World Health Organization (WHO) got the Chinese officials to admit that the SARs problem in 2003 was “nearly 10 times worse than had been admitted.” But then, you can always trust Communists to lie. It’s part of their DNA.

Furthermore, from television news, it would not be surprising if this virus were started by the toilet paper industry.