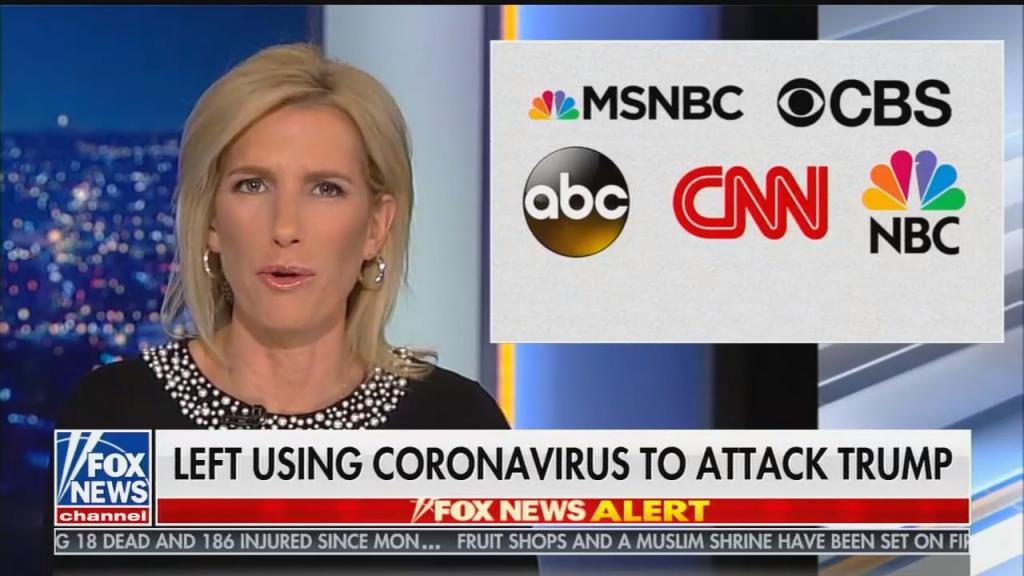 President Trump and his task force, led by Vice President Pence, are doing everything possible to provide needed medical assistance to each state requesting it, and to provide up to date information to the American public through daily televised briefings. These briefings have been called “state propaganda” a “three-ring-circus” and an “infomercial” by leftists in full President Trump Derangement Syndrome (PTDS).

During this pandemic, one drug has shown positive anecdotal evidence of being effective with Coronavirus.  It is Hydroxychloroquine, which is French in origin. In Marseille, the founder and director of Institut Hospitalo-Univeristaire, Didier Raoult, is responsible for the research that has shown to be effective against the virus. Raoult was born in Senegal 68 years ago. His father was a military doctor. Before medical school, Raoult joined the French Merchant Marine and went to sea. After graduating from medical school, he became an internationally recognized researcher in infectious diseases. He is on the French Government’s COVID-19 Commission. In March Raoult published a paper showing that Hydroxychloroquine (a medication used for decades as a malaria treatment) with the antibiotic Azithromycin reduced the presence of the virus in the respiratory tract.

France’s President Emmanuel Macron went to Marseille to spend more than 3 hours in a closed-door meeting with Raoult to learn more about Hydroxychloroquine. The presidential visit was a boost for the researcher, and he became one of France’s best-known doctors. Raoult has many critics, he calls climate predictions absurd. Didier refers to his critics as “pedantic Parisian doctors.”

Last week France’s largest drugmaker, Sanofi, said it would donate 100 million doses of Hydroxychloroquine to 50 countries. Unfounded accusations began that President Trump seeks to profit financially from Hydroxychloroquine as he and some of his senior advisors have a financial interest in Sanofi. Poppycock and PTDS from the NY Times.

President Trump said that Hydroxychloroquine is a game-changer. “What do we have to lose? I feel good about it.” Vice President Pence announced that “The Food and Drug Administration (FDA) used Emergency Use Authorization (EUA) to approve off-label use for the anti-malarial drug Hydroxychloroquine right now to help Coronavirus patients.” That means it can now be prescribed by doctors who feel it would help.

Torrents of criticism began immediately, led by former executives in the Obama Administration. Margaret Hamburg, FDA Commissioner during Obama’s tenure said she was surprised and perturbed by the EUA. Dr. Raoult was called ‘The Trumpian French Doctor Behind the Chloroquine Hype’; NBC News -The Federal Government’s guidance on usage of Hydroxychloroquine may have set the medication up for failure; NY Times – 7 Answers to Questions about the Malaria Drug Trump Keeps Pushing. There is no proof that any drug can cure or prevent infection with Coronavirus. Studies are small and did not use proper controls.” U.S. News and World Report – Patrice Harris, President of the AMA told CNN she would not prescribe the medication and cited potential risks; Stat-report – Fact-checking Trump’s claims about Hydroxychloroquine, the drug he’s touting, there is no proven treatment; The Guardian – With help from Fox News and Elon Musk, a misleading French study prompted a wave of misinformation.

Angry articles about the FDA’s decision to allow doctors to prescribe this drug are endless. It seems the left would rather let people die of the disease than let them try an anecdotal cure. Juvenile pettiness of those afflicted with President Trump Derangement Syndrome underscores the ruination of consequential journalism.

Dr. Marc Siegel is an American physician, Fox News medical correspondent, and a columnist for several news outlets, including the New York Post and Forbes, and an author. He announced on television that his 92-year-old father had Coronavirus was declining fast, and felt he was not going to make it. The attending physician prescribed Hydroxychloroquine, and by morning his father showed marked improvement, and survived. One more anecdote for the left to disbelieve.