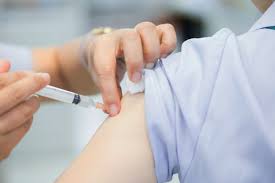 The Washington Post has been a joke for a long time, at least since the days when it won a Pulitzer Prize in 1981 for a story about a child heroin addict who turned out not to exist. The paper is now filled, on a daily basis, with poison pen “analysis,” backed by phony “fact-checkers,” criticizing almost anything President Trump says or does. Somehow, basic facts that may impact the coronavirus story, such as the federal record of failure in the development of an HIV/AIDS vaccine, escape mention.

President Clinton in May 1997 had announced a “comprehensive AIDS vaccine research initiative” that has failed. To repeat: 23 years later, the project has failed. To emphasize this fact is not to disparage the efforts that were made. Instead, it is relevant information that might help us understand if the current push for a coronavirus vaccine, strongly backed by the United Nations, makes any medical sense at all. Perhaps money for a coronavirus vaccine can be spent more effectively somewhere else. Perhaps vitamin therapy, nutritional supplements, and other alternative treatments such as Hydroxychloroquine should be used on a massive scale immediately.

In a major breakthrough in this regard,  Governor Kristi Noem announced that South Dakota will become the first state to conduct a full clinical trial on Hydroxychloroquine, to understand its role in treating and potentially preventing coronavirus.

In the same way that HIV/AIDS may have been misunderstood by the “experts,” the jury is still out on the nature of the China virus. But such information is critical to understanding whether a vaccine is even possible and whether fast-tracking a risky vaccine is wise. In addition to the failure of the HIV/AIDS vaccine experiment, the swine flu vaccine scandal of the 1970s demonstrates how government vaccination programs can go horribly wrong.

The Post ran a story about Dr. Anthony Fauci and Dr. Deborah Birx, who specialized in HIV/AIDS vaccine research, referring to them as having “worked together at the dawn of the AIDS crisis.” It said Birx and Fauci are still “on a continuing search for a cure and vaccine,” a backdoor way of acknowledging that the vaccine project has failed. But the paper won’t say that in a direct or factual way.

Fauci and Birx are clearly knowledgeable but they are not infallible. Their records are not beyond reproach. But because they carry the label of doctors and “scientists,” they seem to be immune from serious criticism. It’s time for that to change.

The paper is defending Fauci’s record as an “infectious disease specialist” but his comments about the nature of the China virus have varied, depending on which program he has been on. And there have been a lot of such programs. On Greg Kelly’s show on January 21, he said, “But this is not a major threat for the people of the United States. And this is not something that the citizens of the United States right now should be worried about.” This followed the WHO’s claim on January 14 that coronavirus could not be spread person to person. It cited China as the source of that information.

Fauci told the NBC Today show as late as February 29 that “there is no need to change anything that you are doing on a day-by-day basis.”

One thing we do know is that Fauci has been a reliable contact of the U.N.’s World Health Organization, having signed a “memorandum of understanding” with the WHO’s Dr. Tedros in 2018. The “understanding” seemed to be that Fauci would rely on the WHO, a China front, or China itself, for information on virus outbreaks and pandemics originating in China. That was a big mistake.

Ignoring his pattern of misleading statements, the Post claims that Fauci “developed a reputation as a skilled public health expert while combating the AIDS crisis in the 1980s.” He was certainly “skilled” in public relations. But in fact, the federal government’s HIV/AIDS vaccine initiative has been a failure. The American people have a right to know that these “experts” can be wrong.

As recently as 2014, Fauci was writing scientific papers about how an HIV/AIDS vaccine “remains essential” and that “recent advances in vaccinology offer new promise for an effective HIV vaccine.” But HIV/AIDS vaccines have repeatedly failed. The latest failure was funded by the U.S. National Institute of Allergy and Infectious Diseases (NIAID) and the Bill & Melinda Gates Foundation. The $100 million experiment was 10 years in the making.

Fauci has served as director of the NIAID at the U.S. National Institutes of Health (NIH) since 1984, the year scientists claim to have identified and isolated HIV. Controversy continues to surround this “discovery.” Recently, during a daily White House Coronavirus Task Force briefing, Fauci talked about alleged “health disparities,” in terms of the numbers and backgrounds of people getting sick and dying from the coronavirus, and asserted he saw something similar when HIV/AIDS struck LGBTQ people.

His comments ignore the fact that life-threatening and deadly diseases such as HIV/AIDS emerged in the gay community because of the manner in which they have sex. To this day, male homosexuals are still far more susceptible to sexually transmitted diseases such as HIV. The book, The Health Hazards of Homosexuality, speaks about the power of the LGBTQ lobby and “unprecedented censorship” in the medical profession and scientific establishment about how the gay lifestyle spreads the disease.

This is still a taboo subject for many but the story needs to be told. Fauci won’t tell it, apparently because he thinks it somehow contributes to the “stigma.” Yet, smokers are regularly shamed into quitting because they use tobacco, rather than marijuana. Indeed, the government funds programs to discourage smoking but not gay sex.

Other so-called “disparities” consist of federal funding that has favored AIDS over other diseases. Indeed, a group called the FAIR Foundation was formed in order to point out that AIDS was getting a greater share of the federal research budget, even though it is killing a fraction of Americans each year when compared with diseases like diabetes and Alzheimer’s. Typically, the flu kills far more people than AIDS.

Strangely, the biography of Dr. Birx says she “helped lead one of the most influential HIV vaccine trials in history (known as RV 144 or the Thai trial), which provided the first supporting evidence of any vaccine’s potential effectiveness in preventing HIV infection.” But that was 10 years ago and note the use of the word “potential.” At this date, there is still no HIV/AIDS vaccine.

A history of failed HIV/ADS vaccine efforts notes, “Factors that led the U.S. government to take action included vocal activism by people infected with HIV and their allies as well as persistent efforts by advocates in the scientific world.” In other words, the gay community and people like Fauci and Birx rushed into the development of an HIV/AIDS vaccine.

Some might review this failed project and nevertheless conclude that at least they tried to help people. But the fact is that the gay community lobbied for a quick-fix vaccine that failed to materialize when it can be argued that the “Medical Deep State” should have been spending their time (and our money) on projects to solve other health problems affecting many more people, such as the flu.

Consider that while $-Billions were wasted on an HIV/AIDS vaccine, the Centers for Disease Control (CDC) says current flu vaccines reduce the risk of getting the flu by only 40% and 60% among the overall population “during seasons when most circulating flu viruses are well-matched to the flu vaccine.” This caveat means that effectiveness also depends on the nature of the flu and which vaccine was produced for which year.

All of this proves that the scientific “authorities” need oversight and fact-checkers. The American people should not leave their health in the hands of bureaucratic “experts” who have wasted billions of dollars on failed vaccine experiments and played politics with diseases.