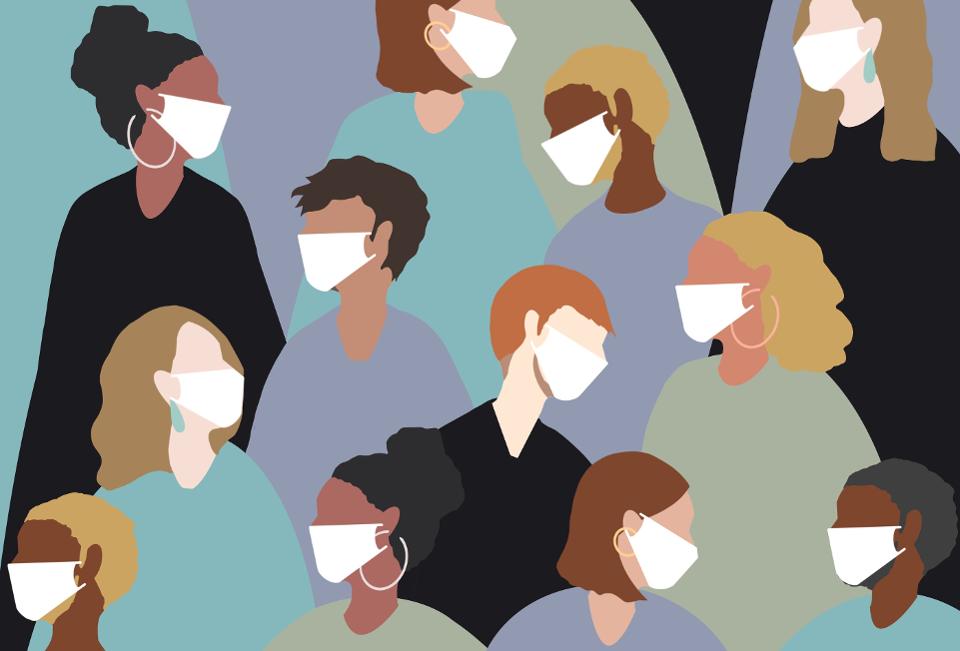 Since the inception of the Coronavirus pandemic, the American people, at the urging of those in leadership, have been beset with what and what not to do. Social Distancing, face coverings, remain in your homes unless necessary to venture out, have been drummed into the heads of the people each and every day.

The president, governors, mayors, among other elected officials, have stood at their podiums and delivered both the good and bad news of the infected and those who have succumbed to the virus, and by the numbers. Then the medical experts take their turn and tell us about epidemiological models, projections, and make observations of what we can expect, hopefully positive.

At the outset of the drive to defeat COVID-19, there was confusion and concern that states and cities were ill-equipped to handle what could be a high demand to treat the stricken. The Trump administration was challenged with cries from governors for more needed ventilators, some requests numbered in the thousands, and other paraphernalia needed to combat the virus. Recently it was revealed that in some locations, all these much needed life-saving devices, in the quantities asked for, were not needed after all, and were passed on to other localities that might have use for them. The New York governor issued a plea to the president for 30,000 ventilators but used only several thousand.

Doctors, nurses, attendants, first responders showed us all the meaning of courage, in sacrificing their own safety, health and lives to care for the infected. The people have also shown their grit and compassion, in harmony with their fellow Americans, in extending a helpful hand to those in need. Hospital ships, The Comfort and The Mercy were dispatched by the president and took up berths in New York and California, to care for those patients with conditions other than the virus. In some locations, makeshift hospitals were erected to care for those stricken with the virus.

The lines have been drawn; this is not meant as a challenge or confrontation. What I speak of are the markings on the floors of most businesses that denote where you must stand when checking out, 6 feet from the person in front of you. Markings can also be found on the ground outside the business where customers waiting to get in must stand. Many businesses that are considered essential by the powers that be, and have remained open for business, like supermarkets, grocery stores, pharmacists, have now posted signage outside their establishment that only customers with face covering will be served, some even require gloves be worn.

Some in leadership, mostly Democratic governors and mayors, have taken the authority delegated to them by the people, and have used this deadly virus as a means to impose what can only be described as draconian measures that usurp the rights of the citizens of their municipalities, be it a state, city, or town. This encroachment on the people’s rights, under the First and Second Amendments, poses a great threat and danger and is nothing short of authoritarian.

While paddleboarding on the ocean off California, a man, solo, was arrested by local police for failing to adhere to “social distancing.” Alone on the ocean, no one else anywhere in sight, and he was arrested?
In Kentucky, there was a service on Easter Sunday at the Maryville Baptist Church, while 50 congregants worshipped inside on this most holy day in the Christian calendar, and as hymns were heard over an outdoor speaker, State troopers placed 14-day self-quarantine notices on the windshields of the cars of the faithful and then recorded their license numbers.

Failure to adhere to the ‘formal order’ would impose on them further enforcement measures. Governor Beshear (D) said those who received the notices would receive letters asking them to self-quarantine. What was even more of an outrage was that the pastor of the church found nails spread out in the parking lot, to deter any further noncompliance of the rules. It was not known who the culprit(s) were.

Michigan Governor Whitmer (D) went so far as to issue a mandate that would require businesses to cease selling certain products that she deemed as non-essential. In Virginia Governor Northam (D) passed extreme gun control measures that created an outcry among the residents of the state, while also expanding the stay-at-home mandate. This is the governor that announced his support of infanticide.

In New York City, Mayor Bill de Blasio (D), in a televised briefing asked the residents to notify the authorities whenever they encountered a group of people not adhering to social distancing guidelines. In other words turn in your neighbor, like any good citizen. This is outrageous enough, but then there’s New York Governor Andrew Cuomo (D), who while holding a briefing stated, that neither God nor prayer had anything to do with the positive results that were emerging in fighting the virus; it was all us, we did it.

Even Google got into the fray; they are collecting data that would track the movements of people the world over, by comparing current trends with what was considered previous norms, and then pass this information on to any entity, even governments, to determine if the residents of a particular region are following social distance guidelines. The extent of this data has all the markings of “Big Brother, even a Police State.”

Members of the House Republican Freedom Caucus sent a letter to President Trump, warning him that some in leadership are exerting powers that strike as “Big Brother,” and are a grave threat to the civil liberties of the American people. Also mentioned was Google’s data-tracking proposal that they deemed an egregious invasion of privacy.

Those in leadership can ask the American people to make sacrifices that might disrupt and inconvenience their lives, and most will do so willingly, so long as they are within reason. They will endure and comply with measures implemented for the common good. But you can push these same Americans only so far before they begin to think that their rights and liberty are being infringed upon.

In Michigan, Virginia, North Carolina, Florida, Wisconsin, and Pennsylvania, Americans took to the streets, and their cars, and honked their horns and voiced their disapproval of what they deemed extreme measures, and infringed upon their existence for far too long. They demanded that they be allowed to get back to work, to once again earn a living and get on with their lives.

These are but a few of the threats to the freedoms the American people cherish and embrace. I could go with other examples, but suffice it to say what this virus has revealed is that there are those in leadership, mainly among Democrats, who will abuse it when given power, and even deny the Constitution, while acting more like dictators. As November approaches, we must all remember what Democrats have become, and what they are capable of.