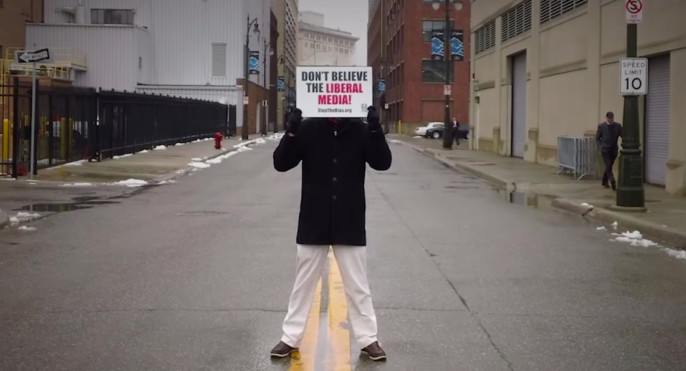 Now that the DNC Media Complex has committed all its resources to slime Trump to try to get Dopey Joe elected, it has escalated from not merely spinning and disseminating Democrat propaganda - but it is actively censoring the real news as well!

Apparently acting Pravda-style house organs for the DNC, the LSM (Left-Stream Media), are now engaged in actively censoring all legitimate news that does not conform to the DNC party line.

And nowhere is this more obvious than in their current hysterical, partisan, and unprofessional coverage of the Coronavirus crisis.

The Democrat news pimps have been given their marching orders from the DNC and the rules are simple:

If a story makes Trump look good, spin it 180 degrees to make him look bad.

If a story proves that conservatives were right, change it.

If a story exposes any Democrat lies, corruption, malfeasance, treason, or criminal behavior…kill it!

And this new and more intense phase of Leftist censorship and spin can be easily verified.

Just check out the next time you come across a snippet of a Democrat doing something that the LSM would feature as the lead story was it done by a Republican and then tune into the LSM. Silence. Nothing. You will find they have completely covered up the story.

For instance - what about the former Biden staffer who accused ol’ 'Gropey Joe' of unwanted sexual advances?

During the Cavenaugh hearings, far less credible accusations were trumpeted by the LSM, 24/7.

Now that far worse and credibly verified allegations have been made against one of their own, where is the outrage from the LSM? Didn’t they and their Democrat masters tell us just 6 months ago that all women must be believed - all of the time?

For instance, they hate ‘old white men.’ But who is the party of ‘women and minorities’ running? Well, after rejecting almost two dozen women and minority candidates, who did they pick? Yup - a very old, white, groping, and alarmingly senile...man.

This proves once again that were it not for double standards the Democrats and their lapdog press would have have no standards at all. You see it every day as they continue to slither their way into ever more shameless and naked partisanship. They no longer care if they have to censor some stories and make up others completely because they have long since quit even pretending to be impartial journalists or reporters of the news.

They have finally proudly embraced what they have become - Democrat Party Apparatchik and partisan propagandists with press passes.

So if you should ever find yourself roped into watching the Left-stream media (and my advice would be - don’t) do not merely bring your skepticism but take along a grain salt.

No, on second thought, for anything to do with the DNC Media Complex, bring the whole salt shaker!