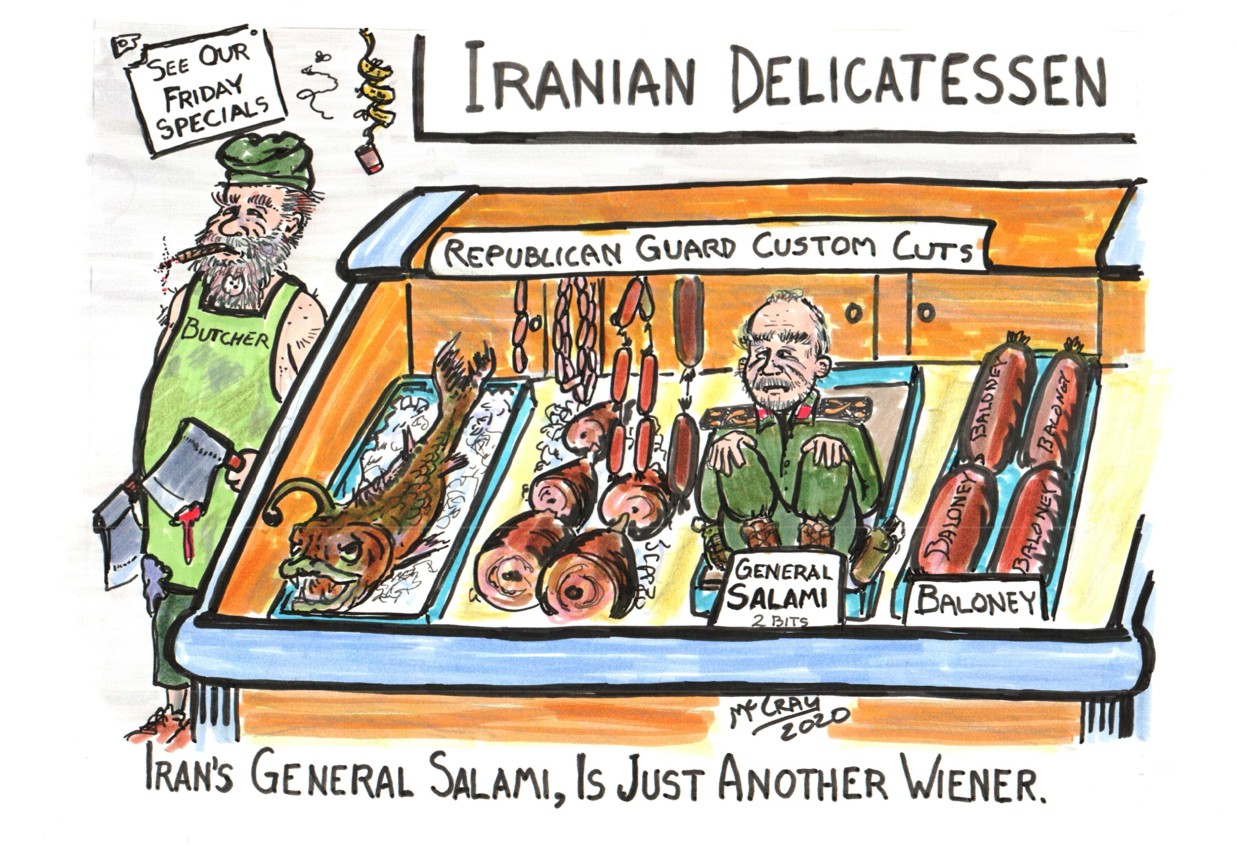 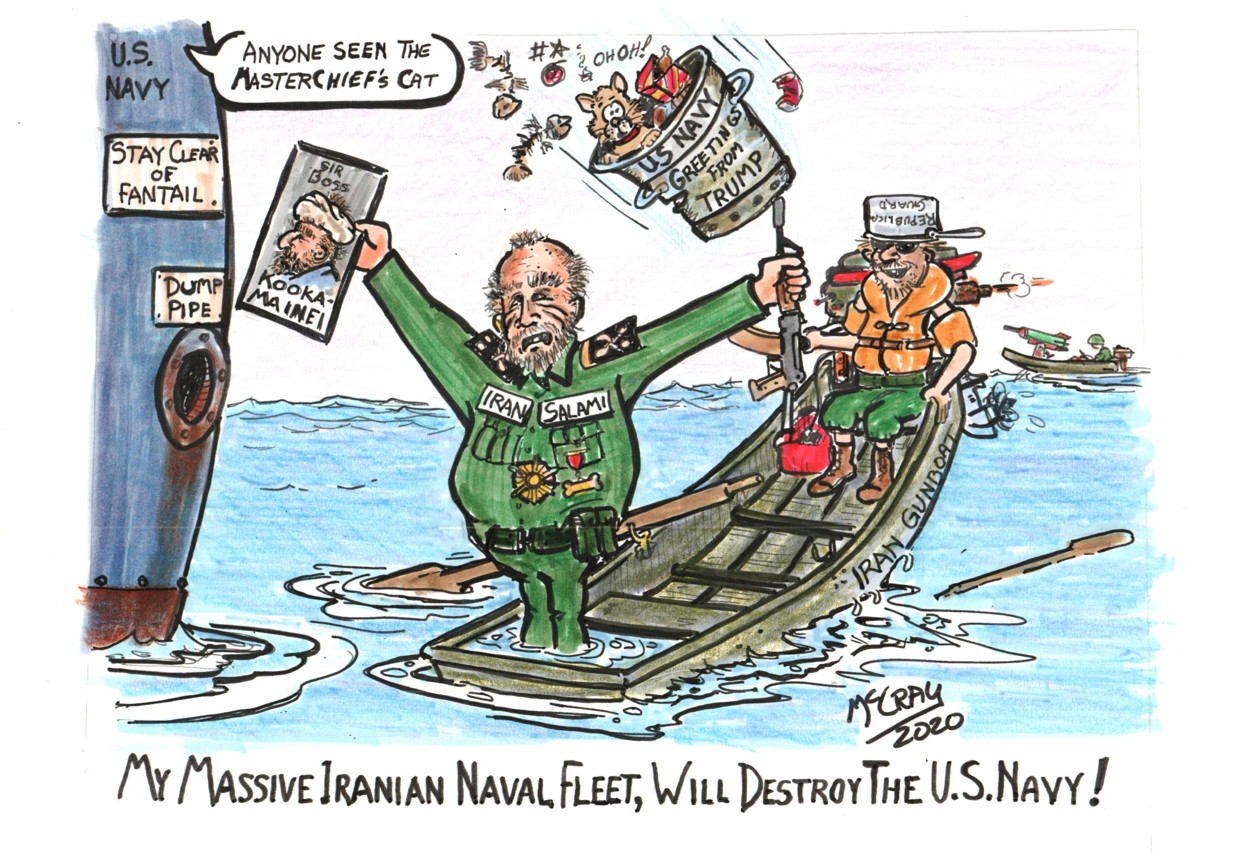 The death cult of Iran’s religious warlords is continuing to push this screwy idea of harassing shipping and escorting naval units in the Persian Gulf is a smart thing. Charging heavily armed naval vessels of the United States in glorified jon boats and speed boats is not exactly a convincing display of sanity. The speed boat harassment is an almost daily occurrence. This game of chicken was recently taken up a notch when President Trump ordered the sinking of threatening vessels and aircraft.

We have seen the results in the past, of what can happen when an explosives-laden small boat, cozies up to a naval vessel. As in the October 2000 terrorist attack on the U.S.S. Cole, during a refueling stop in Aden Harbor, Yemen. The destroyer sustained a gaping hole, big enough to drive a bus through in the port side, amidships, and probably suffered a broken keel, along with the loss of 17 sailors and 39 sailors wounded.

Of course, Iran took offense to President Trump’s order, for the Commanders of U.S. Naval vessels to engage in deadly self-defense if necessary. Iran’s head of the Republican Guard, General Hossein Salami threatens to destroy the U.S. Navy if any of his navy’s gunboats are sunk. Iranian gunboats have been making runs at U.S. Navy vessels for years. President Trump raised the order in response to two recent incidents reported by the U.S. Navy 5th Fleet, involving 11 Iranian boats, some coming within 50 yards of one ship, and 10 yards of another ship.

It’s the typical thug gangster-terrorist mindset of retaliation and revenge for simply protecting oneself from their threats. In the mind of a thug, you are not allowed to protect yourself. It's "How dare you?" Now they have to punish you and make an example out of you for resisting, and this type of thinking is seen quite often in left-wing politics.

Every time Iran gets punished for their continuing bad behavior they make threats, they think the world shakes with every one of their threats. The world is more concerned with the containment and stability of their holy joe warlord leaders. Ever since the radical Islamists took over Iran in 1980, it has been their ‘religious’ mission to attack all the infidel countries by spreading terrorism around the world.

Iranian General Hossein Salami is another noisy mouth in a long line of those voicing threat after threat. Salami’s predecessor, Gen. Qasem Soleimoni was responsible for the training and organizing of much of the Islamic terrorism in the middle east and for the deaths of hundreds of Americans. He died recently, and somewhat abruptly from a well-placed U.S. Hellfire missile that landed in his lap. If General Salami follows in the steps of Soleimoni, it’s a safe bet there will be a missile with his name on it as well.