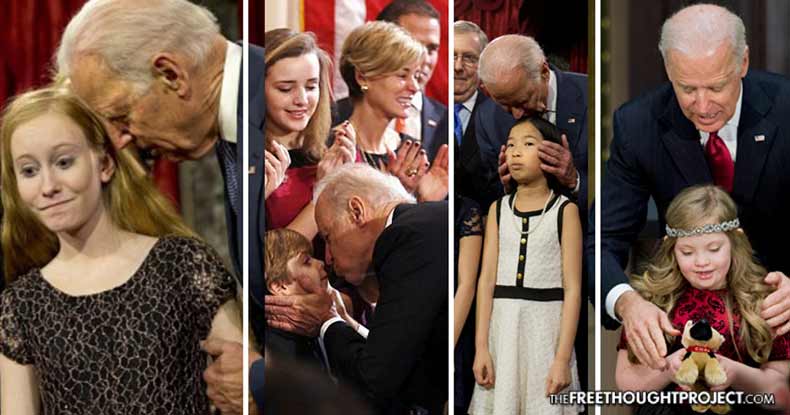 Former Vice President Joe Biden is the presumptive Democratic Party presidential nominee. He has received the endorsements of every major figure in the party, including former President Barack Obama, and 2016 Democratic Party presidential nominee Hillary Clinton. Biden was also endorsed by all his opponents in this year’s nomination battle, including U.S. Senator Bernie Sanders (I-VT). Despite this unified support and his consistent lead in the polls over President Donald Trump, Biden is in serious trouble. His media appearances in the past few weeks have been embarrassing. Biden continues to make serious gaffes, looks confused, and does not inspire any confidence that he can handle the most important position in the world.

Now, Biden is facing a serious sexual assault allegation from a former staffer, Tara Reade. Last year, Reade came forward to claim that Biden engaged in inappropriate behavior, such as unwanted touching. In March, she gave more information about the alleged assault by Biden. She asserted that Biden groped and penetrated her against her will in 1993, while she was working in his U.S. Senate office. Not only did Reade make the accusation in an interview, but she also filed a criminal complaint against Biden with the Washington D.C. police.

Reade said that after she made a complaint about Biden’s behavior, she was fired from her Senate position. There is corroboration for this allegation from four people, including her brother, a neighbor, and several people who knew Reade. They claim she told them about the attack.

In fact, her mother called into the Larry King Live show on CNN in 1993 to discuss a “problem” that her daughter had with a U.S. Senator. She asked for help on the show since her daughter “could not get through” with any type of relief. The caller did not identify herself, her daughter, or the Senator, but Tara Reade has confirmed it was her mother, Jeanette Altimus, who lived in San Luis Obispo, CA.

Unlike the flimsy allegations of Christine Blasey Ford against Judge Brett Kavanaugh in 2018, Reade seems to have a very credible accusation. While Ford was given great coverage by the media and allowed to testify before the United States Senate, Reade has been practically ignored. Ford became a household name after her more than 30-year-old allegations against Kavanaugh almost derailed his Supreme Court nomination. Until recently, Reade has been practically ignored by the mainstream news media and received few, if any invitations for interviews.

It is outrageous that Reade’s serious accusations of criminal sexual assault were not addressed by the former Vice President for one month. Finally, in an interview on MSNBC Friday morning, Biden was asked about Reade’s allegations. He vigorously denied the charge, claiming that it “never, never happened.”

Democrats will now have to determine whether these allegations are enough to derail his nomination. Biden is also facing claims from seven other women that he engaged in unwanted touching, kissing, messaging, hair sniffing, and hugging, although none of them alleged assault.

Biden was able to overcome the inappropriate non-sexual accusations by confessing he was too friendly and just wanted to warmly greet people at public events. Of course, he did not explain how it was proper to grab women and children without their consent.

Despite the inappropriateness of such behavior, Reade’s charges are more damaging as she is alleging criminal conduct that cannot be explained away. If Biden is so confident that the allegations are untrue, he should authorize the University of Delaware to allow access to his personal archives.

In the MSNBC interview, Biden refused to grant permission for his archives to be researched, claiming that it would be political “fodder” for his opponents. Even worse, Biden has refused to allow Reade’s name to be searched among his University of Delaware records.

While Biden has serious problems, prominent Democrats, and leaders of the #MeToo movement are sticking with him. For example, House Speaker Nancy Pelosi (D-CA) discounted Reade’s allegations and called Biden “a man of great integrity.”

Fortunately for Biden, his supporters are not abandoning him at this point. However, in the days ahead, the challenges for Biden will multiply. He will eventually have to leave his basement and conduct real interviews. This will give him more opportunities for embarrassing mistakes. He will also have to continue to address Reade’s accusations, which are not going to disappear.

While Biden faces plenty of difficulties, Trump will continue to dominate the recovery spotlight. If the nation can move forward toward an economic reopening, Trump will receive the credit. He must walk a fine line between health and economic concerns, but if anyone can navigate a political minefield, it is Donald Trump, who won the presidency in 2016 despite the political world being arrayed against him.

Although he is currently behind in the polls, President Trump is in good shape to repeat his 2016 victory and earn four more years in the White House.