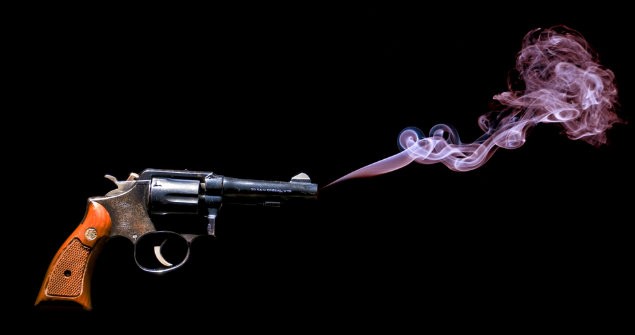 Running for president in 1980, Ronald Reagan was asked for his opinion on the so-called Sino-Soviet split. “They were allies and the only argument that caused their split was an argument over how best to destroy us,” he said of China and the Soviet Union. President Reagan understood Marxist dialectics, a way of writing and talking that confuses non-communists but always works out to the benefit of the communists. Such thinking is evident in media stories about the “accidental” nature of where and how the China virus came to be. You are not permitted to believe that the Communist Chinese would deliberately infect the world. The Office of the Director of National Intelligence said last week (1) that the Intelligence Community “concurs with the wide scientific consensus that the COVID-19 virus was not manmade or genetically modified.” Our intelligence agencies have gotten it wrong before. Did they get this one wrong, too?

In order to understand how Communists deceive our intelligence agencies, consider the truth of Reagan’s statement that the Sino-Soviet split was a polemical argument. In fact, a 1965 communist Chinese publication, “The Polemic on the General Line of the International Communist Movement,” is based on the perceived “differences” between the Chinese and Soviet Communist parties. These differences were real in the mind of a communist, since they always preach and practice ideological “struggle,” but irrelevant in terms of their ultimate goal. This is why former Soviet president Mikhail Gorbachev would still, in the midst of glasnost and perestroika, declare his goal to be the ultimate triumph of world communism.

Our 2015 book, The Sword of Revolution and the Communist Apocalypse (2), features an interview with a former U.S. intelligence agency official who explained how the Sino-Soviet split deceived U.S. policymakers and weakened the Free World. His perspective was a dissenting view in the CIA and intelligence community bureaucracy.

The idea that the Red Chinese were potential allies was sold by Secretary of State Henry Kissinger under President Nixon and adopted by our intelligence agencies. It was carried forward during the Clinton, Bush, and Obama Administrations and resulted in decades of cooperation with China, even in medical research.

The U.S. National Institutes of Health (NIH) is directly implicated in the controversial research in the Wuhan Institute of Virology (WIV), where dangerous experiments were conducted, since it was an official “partner” of the WIV. Harvard biochemist Dr. Charles Lieber, arrested and charged in January with being an agent of China, was backed (3) by the NIH and several Pentagon agencies, including the Defense Advanced Research Projects Agency (DARPA), the Office of Naval Research, and the Air Force Office of Scientific Research.

This background is necessary to understand the choices we are now being offered by our media and said to be based on findings from our own intelligence services – that the virus accidentally escaped from a market selling animals or accidentally escaped from a laboratory working on viruses. We are told by some that the idea of it being a bioweapon is not worthy of consideration. After all, where is the “smoking gun” to prove somebody actually engineered a virus that has killed thousands of people?

What do we know about the Chinese Reds? We know they lie, cheat, and steal in global relations with the U.S. We know the greatest mass murderer in history, Mao, is on their currency. We know they run labor camps (4) full of political dissidents. We know they starve children to death in orphanages (5). We know that through their one-child per family policy they conducted forced abortions on mothers and forcibly inserted birth control devices into women. They lead the world in abortions, with a total of over 401 million (6) (1956-2018). An officially atheist regime, we know they persecute Christians.

For some reason, despite China’s history of killing hundreds of millions of its own people, it is now supposed to be off-limits to think the regime would deliberately or intentionally release a virus to kill or poison their own people as well as people around the world. But even the liberal media now concede China lied about the release and nature of the virus, and permitted their own infected people to travel the globe before the rest of the world caught on. All of this is assumed to be “accidental?”

We know China’s intent. The only questions at this point are whether people like NIH Director Dr. Francis Collins and Dr. Anthony Fauci knew what was going on, and how many millions of dollars their agencies and departments shipped over there for dangerous virus research. In short, what do they know about the nature of this “novel coronavirus” that the public hasn’t been told? What makes it more contagious and lethal than most strains of flu? With talk of a second wave of infections, the death toll could mount into millions of deaths worldwide. They have to be grilled for answers. They have to be called before Congress now.

The carnage caused by the virus raises another issue. Henry Kissinger, as Secretary of State under Nixon, not only was the architect of the policy of cooperating with the Chinese regime but shared the goal of reducing the world’s population. The report, National Security Study Memorandum 200: Implications of Worldwide Population Growth for U.S. Security and Overseas Interests (NSSM200) (7) was completed on December 10, 1974, under Kissinger’s direction. The idea was to use foreign aid to reduce the number of people in the world. The use of “climate change” to accomplish the same goal, since people (in the West) live extravagant lifestyles and leave “carbon footprints,” has since taken precedence. But a dangerous virus has served a similar purpose.

At one time, the Roman Catholic Church was a force for the “culture of life” in the world. Anti-communist Pope John Paul II had declared the 1994 U.N. International Conference on Population and Development the “snare of the devil” that functioned to promote a “culture of death” and' “conspiracy against life.”

The Soviet KGB tried but failed to kill Pope John Paul II. He survived but was never the same, in terms of leadership of the church, and a pope in his mold, Benedict XVI, was forced to step down, to make way for the current Pope Francis, a follower of “Mother Earth” who has actually praised (8) China’s “great commitment” to contain the coronavirus.

Henry Kissinger’s April 3 Wall Street Journal column, “The Coronavirus Pandemic Will Forever Alter the World Order,” (9) never once mentions China’s role in the pandemic and instead declares that, “No country, not even the U.S., can in a purely national effort overcome the virus” and that only “a global collaborative vision and program” will suffice.

Congress should ignore this globalist nonsense, expose the pro-China policy which made this catastrophe possible, and make sure we are on guard against another such attack. We should remember the words of the great anti-communist Fred Schwarz in his 1972 book (10), “You can trust the communists to be communists.”

Those in the U.S. political, medical, and scientific establishments who worked with China on these deadly experiments have to be brought to justice.