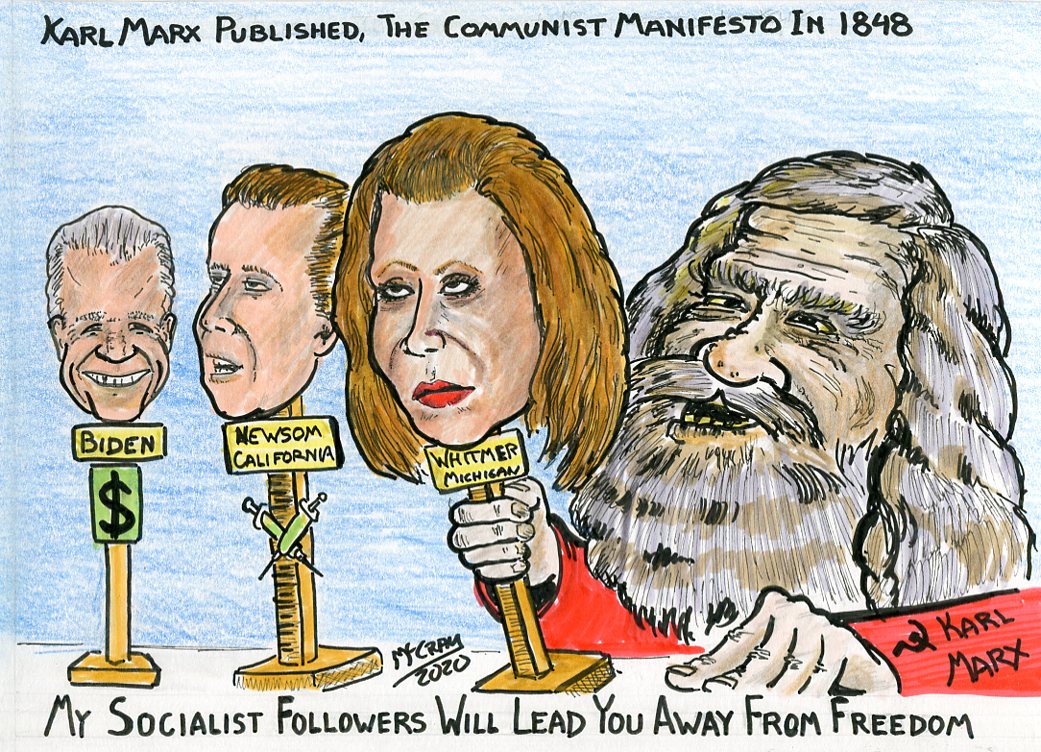 The iron fist approach has been repeatedly demonstrated by the want to be dictators who hold the position of governor in many of our states. The methods used by these left-wing state governors have put their goals for their states and the country as a whole on display. The people’s personal freedom is not on the list of the left-wing socialist political leaders, the people are considered as serfs, peons, and used as pawns. The arrogance exercised by the socialist left who populate the Democrat Party is a trademark of totalitarianism.

The socialists in the Democrat Party see themselves as the only political party that should exist. They practice the policies of the old Russian Soviet Union, which is the total destruction of all other parties, by crushing and destroying any opposing viewpoints. The Department of Justice has warned the governors of overstepping their constitutional authorities and violating the people’s constitutional rights.

House Speaker Nancy Pelosi and her political allies are trying to use the Chinese Virus crisis to fundamentally change the United States. Each time an emergency stimulus bill has been under construction, the left in congress try to shove in everything possible. It looks like they are trying to hand everyone in the U.S. a big pile of money in an effort to buy votes and break the economy. Socialism is a total no sell in a strong economy, it has to have a broken economy to fester. The primary selling point of socialism is the promise that socialism will take the money from the rich and give to the poor. They promise they will raise everyone up and be placed in the same standing as everyone else.

This was the pipe dream of Karl Marx and Frederick Engels, in their idea of a perfect world when they published the Communist Manifesto in 1848. It was another perfect utopian world idea of the time, trying to deal with the horrid living conditions in England, during the Industrial Revolution. Karl Marx reportedly said that his social society ideas would work perfectly, that is until people were added to the mix. People being people, some want to work to achieve, some want to do the minimum required, and others want to lay around doing nothing and still get all the benefits.

Socialism is the application of communist ideas, but it offers no incentive to grow or for achievement. This was the condition found in the old Russian Soviet Union and its occupied satellite states. The people suffered in poverty with widespread alcoholism and drug abuse. The people were paid the same regardless of how much work they did and lived in an endless government-controlled dead-end life. Once you give up your rights and surrender to socialism, there is no way back. And the police will enforce the government's rules.