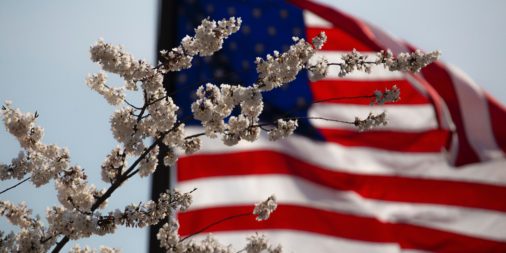 The enemy crossed oceans, mountains, and valleys,
it was ruthless, determined, and strong,
nothing could stop this horde's vicious onslaught,
it struck by day and all night long.

The enemy was stealth, resilient, and cunning,
and brought with it pain, hardship, and strife,
it was an invasion force that crossed all borders,
and threatened all human life.

The people took refuge behind the walls of their homes,
hoping the enemy would not see them or hear,
but the brave faced the danger, and engaged the enemy,
setting aside their uncertainty and fear.

Then the leaders took charge, and with the experts' advice,
advised the people what they must do to survive;
follow protocol they said, hide your face, keep your distance,
this will help to keep you alive.

Sometimes however they seemed unsure,
and they’d tell us what not to do, where not to go,
then revise their instructions,
and say its okay, but be sure to take it slow.

The days passed by, the weeks and the months,
the battle raged on, there were victories and defeats,
many succumbed, others lay at death's door,
there were heroic stands, and some hasty retreats.

"We’re all in this together" was the rallying cry,
let us engage the enemy until the war is won,
and defend our country and way of life,
united as Americans, we fight as one.
But the enemy was cunning, and affected body and mind,
some allowed it to corrupt their behavior and thinking,
they came to rely on their leaders' assurances,
and grew weary, and into a depression they kept sinking.

The ravages of war brought hardship and pain,
especially for those who lost family and friends,
the people grew weary, tired, and anxious;
they prayed for the day when all the fighting ends.

The enemy was stoic without compassion or mercy,
there were none it would pity or ignore,
it took no prisoners; you either lived on or died,
and it mattered not that you were wealthy or poor.

The streets of the cities, country roads, and the playgrounds,
life were missing, our freedoms it stole,
there were no children playing, no laughter and games,
the battle was taking its toll.

The sounds of sirens were still always present,
and would break the silence with their ominous wail,
but they had greater meaning now of what we faced,
if the enemy claims victory and we fail.

Then spring arrived; the trees and flowers bloomed,
and things seemed quiet and calm,
but we always knew, it was out there waiting,
and there was always cause for alarm.

And although the enemy affected all life as we know it,
the sun rose and set, and the birds kept singing,
and there was something else it could not defeat;
the sounds of church bells ringing.

They reminded the people to have faith and believe,
fight the enemy and its deadly plans and schemes,
and though it was persistent, defiant, and deadly,
nothing should threaten their hopes and dreams.

And the enemy soon learned that we will not run or hide,
that we will fight on, be it in the street or the field,
and that there was nothing it could do to stop or defeat us,
for this is the home of the brave, and Americans don’t yield.

Hopefully, when it ends, we will take the time,
to appreciate life, and make of it a time well spent,
and treat one another with humility and respect,
face fear and adversity with courage and strength.