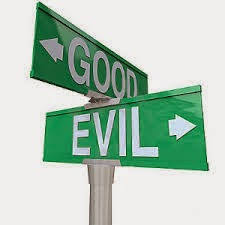 The mainstream news media along with social media platforms seem to be constantly promoting strife and division. Hostile narratives have emerged that call good evil and evil good. This constant negativity seems to not only be focused only on the evil, but obsessed with making the evil worse. This should come as not surprise because what else would we expect from those who continually call good evil and evil good?

Ephesians 6:11 (NKJV) commands us to “Put on the whole armor of God, that you may be able to stand against the wiles of the devil.”

Notice the first phrase – “Put on the whole armor of God.” We’ll come back to that later.

But first, let’s define the word “wiles.” It means schemes, strategies, tactics, trickery, and deceit. The word wiles carries with it the idea of a system, plan, plot, method, idea, or proposal. All of these words equate to influence. Therefore, the wiles of the devil are how people are influenced by Satan. This brings us to our first note.

Here’s how all this applies to what’s going on in the world today. Satan is influencing people to sow strife and division, whether they realize it or not. Anyone who is sowing strife or division is being influenced by satanic deception. The reason it’s called deception is because people may not even realize that the devil is the one behind the evil they’re displaying. Make no mistake about it – satanic deception is behind the evil in the United States today.

Satan is the author of strife and division, not God.

This is so important to know because people are not really the problem – satanic deception is. Once you know who, and what, your real enemy is, you can effectively resist, and subsequently defeat, that enemy in your life.

This is confirmed in Ephesians 6:12 (NCV): “Our fight is not against people on earth but against the rulers and authorities and the powers of this world’s darkness, against the spiritual powers of evil in the heavenly world.”

Our fight is not against human beings, but against the influence of satanic deception.

Genesis 1:26 (NKJV), where God said, “Let Us make man in Our image, according to Our likeness; let them have dominion over the fish of the sea, over the birds of the air, and over the cattle, over all the earth and over every creeping thing that creeps on the earth.”

Mankind was created in God’s image and likeness to have dominion (complete authority) over all the earth. God’s original intent was for His most prized creation, men and women, to influence the earth with His agenda, not with Satan’s agenda.

The key to shifting the atmosphere in the United States is to see people created in the image and likeness of God and treat them accordingly.

At one of our Wednesday prayer meetings recently, I sensed God was saying this to me: “The key to shifting the atmosphere in the United States is to see people created in the image and likeness of God and treat them accordingly.” Wow, what a statement. This would certainly solve the racial strife and division that’s going on in the world today.

This is why it’s so important to disciple people, because the real solution to what’s going on in the United States today involves changed hearts – one person at a time. Seeing people the way God created them includes praying for them, and praying for them may include taking authority against the demonic spirits that are harassing them. This is confirmed in the Book of Luke.

Luke 10:19 (NKJV): “Behold, I give you the authority to trample on serpents and scorpions, and over all the power of the enemy, and nothing shall by any means hurt you.”

Jesus said that He gave you authority over all the power of the enemy – the enemy including demonic spirits that harass people. You see, satanic deception is the real issue behind what’s going on in the world today. God created people to succeed and Satan can’t stand that, so he uses deception as his only weapon. However, you can influence people for God and effect change because Jesus authorized you to do spiritual warfare against Satan and his deception.

You are authorized by Jesus to do spiritual warfare against satanic deception.

First, notice how Jesus exhorts us to love (in the middle of verse 34) – “…as I have loved you.” Let’s do our best to follow Jesus’ example by walking in love.

Next, in verse 35, we see that the proof that someone is a true disciple of Christ is this: If you have love for one another. A true born again Christian (one who has received the divine nature of Christ) will make it a priority to walk in love.

The whole armor of God equates to being clothed with love.

Finally, I said we’d come back to the first phrase in Ephesians 6:11: “Put on the whole armor of God.” Just like we put clothes on every day, we must put the armor of God on every day. This includes being mindful to put on love, because love is what binds us together in perfect harmony.

Perhaps peaceful civil rights leader Martin Luther King, Jr. said it best when he said, “Hate cannot drive out hate; only love can do that.” The take-away from this quotation is that love expressed often does its best work in the unseen realm. In other words, sometimes the internal attitude of love precedes the external action of love.

Let’s think about attitude for a moment. How many of you this past week heard something on the news, or read something on social media, and then felt anger rising up inside you? This is the challenge believers will face until Jesus returns – we’re in the world, but not of the world, and that’s why we feel tension and injustice when evil is called good and good is called evil. The solution to this tension and injustice is living out of your new identity in Christ, primarily by walking in love.

True Christianity is the solution to the problems in the United States of America today.

The reason the protests and race riots going on right now are futile is that there is no racial prejudice between people groups in true Christianity. There’s no religious prejudice, there’s no racial prejudice, there’s no gender prejudice. Why? Because you are all one in Christ Jesus. In other words, God’s love in Christ trumps all hatred in the world – that’s why true Christianity is the solution to the problems in the United States of America today.

Listen, I understand that not all Christians are going to walk in love, but that doesn’t negate the truth that if every person in the world would follow Jesus’ example, by walking in love proactively and unconditionally, the world’s problems would be solved.

We’ll probably never agree with every opinion on every issue – that’s a given. But we must remember that as followers of Jesus, we must always speak the truth in love.

Biblical truth calls evil what it really is – sin. As Christians, we must expose sin in light of biblical truth. We should stand up for the truth expressed in God’s Word. We can, and should, speak boldly and confidently for God, Jesus, and biblical truth, but we should do it in a loving way so as not to be a reproach to the name of Jesus Christ.