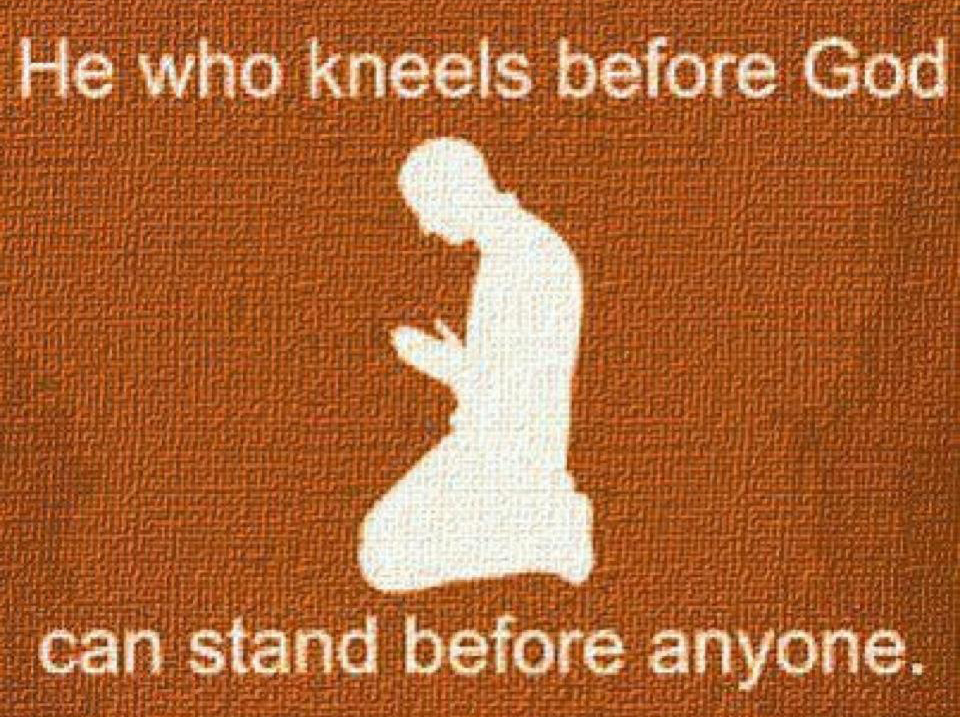 Ministers and priests have the difficult work of representing the people to God. Contrarily, those with a more prophetic and message-driven ministry have the much harder task of representing God to man. They will never support any movement, trend, or cultural extreme that falls outside of the will and counsel of God.

As it pertains to the revealed Word of God (the scripture) - "Thus saith the Lord" is not a game-changer – it is the entire game.

“Ye shall not respect persons in judgment; but ye shall hear the small as well as the great; ye shall not be afraid of the face of man; for the judgment is God's” (De 1:17)

Powerful Message – Not a Preacher but a State Trooper

Between the aforementioned Bible verse and the amazing story of a Georgia state trooper, the seeds for this piece begged to be planted.

Georgia State Trooper, O’Neal Saddler, told a group of people from Black Lives Matter, that he would only bow the knee to one person, he obeyed scriptures and became a living example to thousands of people in the process, including this writer.

It is understood that he was referring to God, and this is the verse he was obeying.

It should be noted that O’Neal Saddler, is himself an African-American state policeman.

Real Christians will never bow the knee to an earthly idol, a celebrity, a philosophical concept or a cultural movement, regardless of how nascent or urgent it may seem.

The secular world will always be bowing to some new thing ranging from a hula-hoop to a mob of rioters who think their case is all there is in the universe.

The secularists will not take a stand for God and they will not believe.

Three Tired Reasons Why the World Does Not Believe

It runs the gamut across all ages and cultures, it is the common but mistaken wisdom of the day, but it is wrong.

The universality of the three reasons not to believe, is quite worn, un-tested, and will not stand up to serious scrutiny.

The unbelievers say the gospel story and the life of Christ is:


1.   Antiquated
2.   Pointless
3.   Powerless
Antiquated? The secular world has never understood that the words and ways of God are not stuck in the past, they are not trying to be modern, and they are much more than futuristic. They come from, and lead back to the realm we call the ‘eternal’ - they transcend all time and history, and they are what brought the worlds into being. They will also bring the world to an end. To wit”

Pointless? To say God and his revealed Word are pointless is to miss the point entirely. Pointless means there is no purpose. First, there is no salvation without God’s words and there is no purpose to life without God. It is a perverted conclusion that can only be called a perfect non-sequitur. Reading and obeying God’s Word is the greatest purpose on earth. To wit:

“And the world passeth away, and the lust thereof: but he that doeth the will of God abideth forever.” (1Jn 2:17)

Powerless? One of the last words Christ spoke after he was resurrected and He ascended to the Father was that “all power” in heaven and in earth was given to Him. He promised that one day He would return to earth in full power to set up an everlasting kingdom. In the interim, He explained that nothing would be able to defeat His church (all born-again believers) and His purpose for it – that is power. To wit:

“…upon this rock I will build my church; and the gates of hell shall not prevail against it.” (Mt 16:18)

Why Is A World Without Shame – So Afraid to be Shamed?

According to the latest Barna report the wholesale unbelief of the secular world has pushed teens and young people into a place where they will not share their faith too much. They are afraid, but even more, the report says they are ‘ashamed’ – they fear the peer pressure and the possibility of looking like they are not very intelligent for believing. That fear keeps them silent and afraid to appear too aggressive about their faith.

These times are not for the squeamish or for cowards – this is a day to take a stand. Unbelievers are throwing themselves at the world with a vengeance, the faithful must stand without shame. To wit:

“Whosoever therefore shall be ashamed of me and of my words in this adulterous and sinful generation; of him also shall the Son of man be ashamed, when He cometh in the glory of His Father with the holy angels.” (Mt 8:38)

“Therefore, whosoever heareth these sayings of mine, and doeth them, I will liken him unto a wise man, which built his house upon a rock.” (Mt 7:24)