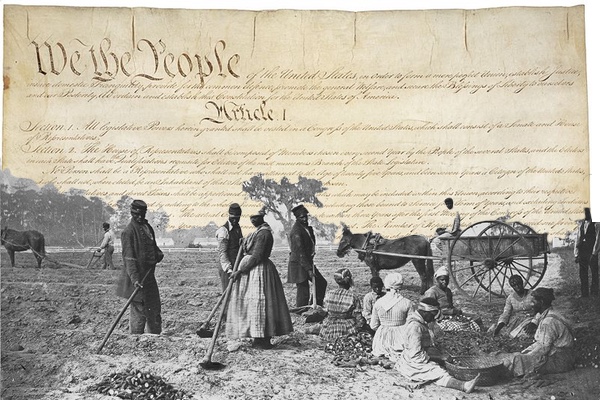 We are barraged again by war in our midst, a war over something as diabolical and nonsensical as skin color. This war has been with us since the creation of man in God’s own image, and its root is an innate hatred towards God, best reflected in the discriminatory destruction of our fellow man due to any quality, as seen in the case of Cain and Abel. This hatred is a sickness we bring upon ourselves when we agree with the enemy of God that men are not created equal, or endowed by their Creator with unalienable rights of life, liberty, or the pursuit of happiness.

The Gospel of Peace teaches people of every color and nationality that hate is synonymous with murder.  Clearly, a stop must be put to incidents of hate of all parties concerned, but how?

I personally have repented for the inexcusable atrocious crimes of slavery and systemic racism my country has perpetuated while claiming to adhere to her founding documents of freedom.

I strongly urge Americans to divorce the words of these documents from the hypocritical behavior of many of those in power.

For example, the three-fifths clause in the Constitution has been a huge stumbling block to Americans of African descent. However, we can find solutions for skin-based hatred when we find the true meaning in this clause and the original intent of our founding documents.

It was Frederick Douglass who provided clarity on this issue. In a speech delivered in Glasgow, Scotland, March 26, 1860, Douglass explained the true meaning of the three-fifths compromise:


“It is a downright disability laid upon the slaveholding States; one which deprives those States of two-fifths of their natural basis of representation. A black man in a free State is worth just two-fifths more than a black man in a slave State, as a basis of political power under the Constitution. Therefore, instead of encouraging slavery, the Constitution encourages freedom by giving an increase of "two-fifths" of political power to free over slave States.”

Frederick Douglass also stated, “Now, take the Constitution according to its plain reading and I defy the presentation of a single pro-slavery clause in it. On the other hand, it will be found to contain principles and purposes entirely hostile to the existence of slavery.”

Though imperfectly, America and Americans have always struggled and inter-meddled with the concept of equality and liberty to all mankind.  There are phrases found in our Declaration of Independence like, “We hold these truths to be self-evident, that all men are created equal,” or, “Endowed by their Creator with certain unalienable Rights.” Massive amounts of resources, tears, and blood have been consumed on this holy and sacred struggle.

I would be so bold as to add that next to the Bible, America’s founding documents have remained one of the greatest scourges against inequality that the world has ever seen.

I believe adhering to our founding documents and especially to the Word God, who created all men equal, will continue to provide solutions for the evil sickness of inequality and skin-based hatred that continues to plague the human race.