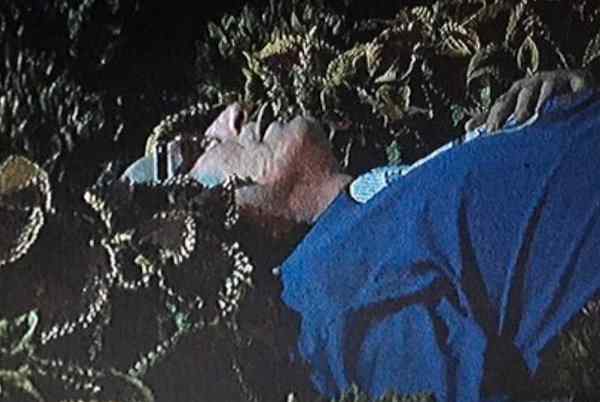 What happens when you try to appease the mob?

Pretty much the same thing that happened during the Reign of Terror, Third Reich, Stalin's USSR and Mao’s Cultural Revolution. Eventually, no matter how much you grovel and kiss up to the mob, they are gonna do what mobs always do…turn on YOU!

That’s just what happened to a Democrat Pol who thought that being a true believer and supporter of Democrat Mobs would give him immunity.

"Fury exploded outside the Wisconsin State Capitol on Tuesday night as protesters smashed windows at the statehouse, attacked a state senator, and tore down two iconic statues — including one of an abolitionist who died trying to end slavery during the Civil War.

During the melee late Tuesday, Democratic state Sen. Tim Carpenter was assaulted after filming the protesters.

Senator Tim Carpenter, of Milwaukee, had been showing his support for the protesters and continued taking photos with them before a group approached him and started beating him.

"I don't know what happened ... all I did was stop and take a picture ... and the next thing I'm getting five, six punches, getting kicked in the head," Carpenter told a Milwaukee Journal Sentinel reporter following the assault." (1)

Do you suppose that incidents like this will get through to the craven Democrats who pander and grovel before the mob, mouthing mealy-mouth platitudes?

Do you suppose they will take the hint that mobs really don’t care that much about who they beat the crap out of?

Well, certainly most intelligent, thoughtful, and reasonable people would.

So I would say that the chance of Democrats coming to this realization hovers somewhere between slim and none.

Instead, I’ll just end this object lesson with a paraphrasing of the famous poem by Pastor Martin Niemöller about why he never opposed the Nazis - updated to reflect the thought process of most Democrats.