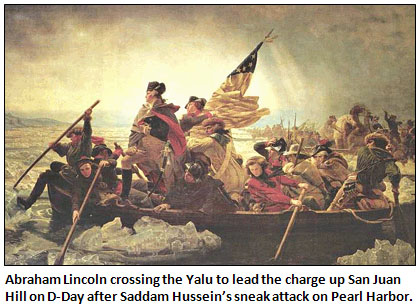 Recently I was talking to my 96-year-old, hearing-challenged father about his new hearing aids. He hates wearing them because, in his generation, hearing aids were often a sign of weakness. Plus, the hearing aids of those days were obvious and ugly. But those issues are just small potatoes compared to what he is most concerned with - he wants to hear with clarity again.

My father is 96 years old, but his mind is sharp and agile. He identified something about his new hearing aids that caught my attention and turned into insight. Here's what he said, "The problem with today’s hearing aids is that I get amplification, when what I need is clarity."

He nailed it. Do you know what? That same concept is needed today, not just in a hearing aid sense, but also in a cultural, intellectual, emotional, and spiritual sense. Most everything in our sight- and sound-stimulated, short sound bite, agenda-driven world, is turned up to its highest volume. We have loud amplification when what we need is clarification about today’s news and issues. In other words, when you don’t have quality, you give quantity. In today’s world, clarity is a rarity.

Imagine you were born in 1900. On your 14th birthday, World War One starts. That war ends on your 18th birthday. Twenty million people perish in that war. Later in the same year, a Spanish Flu epidemic hits the planet and runs until your 20th birthday. At least 50 million people die from it in those two years. Yes, 50 million. On your 29th birthday, the Great Depression begins. Unemployment hits 25%, the World GDP drops 27%. That runs until you are 33. The country nearly collapses along with the world economy.

Don't try to catch your breath when you turn 39 years old - World War II starts. On your 41st birthday, the United States plunges into WWII. Between your 39th and 45th birthday, 70-85 million people perish in the war. At 50, the Korean War commences, and five million people die. At the age of 55, the Vietnam War begins and doesn’t end for 20 years. Four million people perish in that conflict. On your 62nd birthday, you live through the Cuban Missile Crisis, a tipping point in the Cold War. Life on our planet, as we know it, should have ended. Great leaders prevented that from happening. When you turn 75, the Vietnam War finally ends.

Think of everyone on the planet born in 1900. How do you survive all of that? Think back when you were a kid in 1985 or later and didn’t think your 85-year-old grandparents understood how hard school was. Or how condescending the bully in your class was. Or how you didn't get what you wanted on your tenth birthday. Yet, they survived through everything listed above. Your issues may seem to you like huge issues, but are minor issues compared to someone born in 1900. We need their life's experience and perseverance.

Young people, if you think you see more than previous generations, it's because you are sitting on their shoulders. The generations before you weren't perfect. They weren't saints. They operated at the level of their culture and perspective at that time. Let me repeat it. The only reason that you may see more than they did is that you are sitting on their shoulders. You have the advantage of their perspective, although that perspective needs some correction in essential areas that you will correct. Don't disdain the foundation on which you are currently living. The epitome of arrogance is to judge and condemn previous generations by the standards of today. Arrogance isn’t thinking too much of yourself but thinking too little of others.

If you eliminate the contributions (both positive and negative) of past generations, you will lower yourself. You lose the advantage of their perspective and history lessons. Dare I say you will repeat the same mistakes they made, but with different victims. Let’s try and keep things in perspective. Let’s be smart and help each other out. Here's a lesson for the new generation as you start your journey: If you see a turtle on a fence post, it's for sure he had help to get there. Here’s another lesson: Learn from other people’s mistakes, the second mouse gets the cheese. You can't learn from others' mistakes if you eliminate history.

Each generation builds on the previous generation’s foundation. Each new generation sees more because others gave them the future. Sitting on top of someone's shoulder gives a clearer perspective, a better view, and the next steps to take. Don't eliminate history. Learn from history. Don't reject history or try to make it disappear just because it offends your current sensibilities. Allow history to teach you to chew up the meat (strengths) and spit out the bones (weaknesses) of previous generations. Take the best and upgrade the rest for everyone’s best. That’s called wisdom.

Learn from the past, so you can live in the present, to upgrade the future. The past is a guidepost, not a hitching post. The past is a reference, not a residence. The past is a teacher, teaching us our victories and our mistakes. If it's a wrong thing like real and tangible injustice, we fix it with real-life solutions. We are not the problem. We are the solution. We make history, but we make a history worth making. That will take clarity, not just amplification.

Jesus said the kingdom of God consists of things both old and new. We could learn from that!