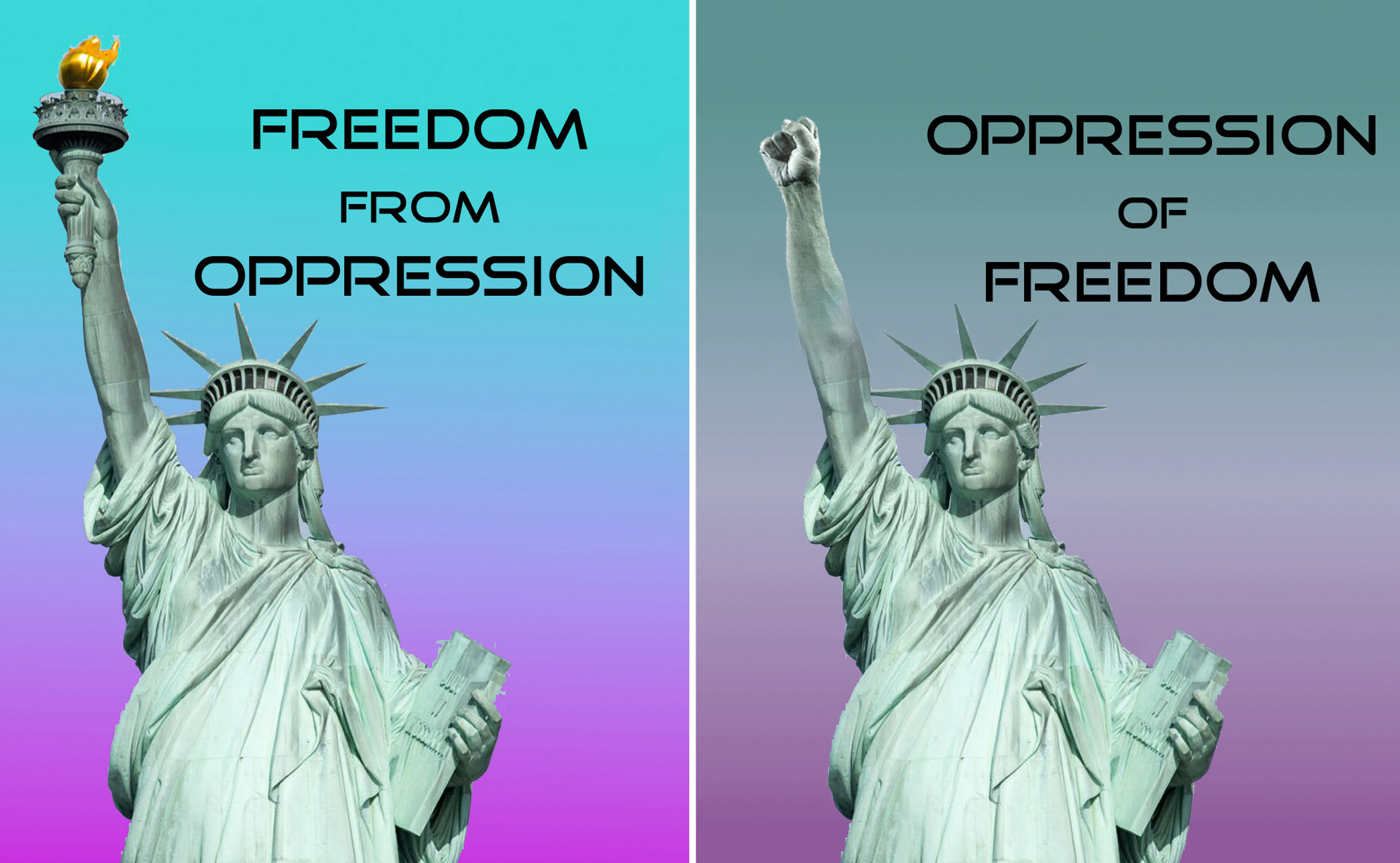 Before coronavirus and widespread rioting filled the headlines, there was the controversy over undocumented immigration and sanctuary cities. Advocates of open borders were using the Statue of Liberty and the words inscribed in her base to defend their argument. They saw that iconic figure as not much more than a welcome mat for all immigrants, legal or not. They still do.

But the men who conceived and created the Statue of Liberty had something entirely different in mind. She was designed by two Frenchmen during America’s Civil War. Édouard René de Laboulaye was a French writer, professor, and anti-slavery activist. Slavery was not unique to America, though the abolition movement in France was well ahead of ours. Still, Laboulaye admired the United States and our Constitution, and was inspired to see the end of slavery in this country. Together with sculptor Frédéric Auguste Bartholdi, they decided to build a monument to those ideals that France shared with the United States - liberty and democracy. (1)

The statue was designed around depictions of the Roman goddess, Libertas, the personification of liberty and freedom. She carries a tablet inscribed with Roman numerals for July 4, 1776, the birth date of our country. At her feet are broken chains and shackles, intended to represent the abolition of slavery, and freedom for so many oppressed people.

It’s clear that while Lady Liberty is now seen as a beacon for immigrants, she was actually intended to be a monument to freedom, the freedom all American citizens enjoy - including, belatedly, those brought here in chains.

Today we all know about the basic freedoms named in our Bill of Rights, among them the freedom of speech and peaceful assembly, the right to worship as we see fit, and the right to keep and bear arms. But there are also ancillary, unwritten rights and freedoms:

- Freedom to start and run a business with minimal government interference
- The right of invited guests to speak publicly at institutes of learning
- Freedom to walk down public streets in relative safety
- The right to attend sports, entertainment, and cultural events at will
- Freedom to patronize public establishments without harassment by political opponents

Sadly, we’ve recently learned that those rights are not as 'unalienable' as we thought.

Some have been stolen by an increasingly intolerant and aggressive minority of malcontents, the so-called 'cancel culture.'

Many have been stripped away by state and local politicians using a contagious illness as an excuse to issue draconian, arbitrary, and fluid lockdown decrees.

And the fundamental freedom to live our lives in peace is also eroding, as anarchy spreads across our country. That civil unrest, which began as purported race riots, has been embraced, even fueled by many of those same politicians who trample on the rights of peaceful citizens in the name of public health. Arguably, they even laid the groundwork for it.

We can only imagine the anger and bitterness their party felt in 1886, during Lady Liberty’s dedication, when most Americans were celebrating the end of slavery. They were the resistance then, and they still are today, even though they’ve changed tactics. They’ve learned they could leverage racial conflict against political opponents.

In 2012, they told black Americans, “They’re gonna put ya’ll back in chains.” They planted seeds of resentment toward law enforcement officers, telling Americans that police “acted stupidly” [Thanks, Obama!] for doing their job. They embraced radical anti-police ideology, and publicly accused President Trump of racism. Then, after a black man was killed through an act of gross police misconduct, they didn’t hesitate to blame systemic racism.

Their generous contributions to racial discord have restored the hatred and distrust that lingered in this country in the aftermath of the Civil War.

But besides the race-baiters, viruses, and anti-American anarchists, there’s another serious threat to our freedom. It comes from the commitment by these same politicians to fundamentally transform our country.

Though their most radical presidential candidate has withdrawn from this election, there’s no question that he and his acolytes have profoundly influenced their party and their presumptive nominee.

The same people eager to quash the rights of peaceful citizens and defend the anti-American rioters are promising free education and healthcare, debt forgiveness, and a cornucopia of other giveaway programs that would transform America into a welfare state and bankrupt the country. But before that inevitable economic collapse, if given the power, they would show us all the meaning of oppression. To ensure social and economic “equity,” they would monitor and regulate every aspect of our lives. They would control what kind of health care we get, what kind of education they think we deserve, how much we should earn, how much energy we can use, and what our caloric intake should be. The impact on our freedom would be immediate and profound because, in their utopia, individual rights don’t exist. There is only the collective good.

In the coming election, the American people won’t be choosing between conservative or liberal policies, but between freedom and oppression. Voters can choose traditional American values, like the rule of law, secure borders, personal responsibility, and a free market economy. Or they can elect more America-loathing radicals, globalists, and socialists.

If the radicals prevail, there’s little doubt that Lady Liberty’s light of freedom will be forever extinguished in America.


NOTES:
1. Liberty, Equality, Fraternity. The French motto, a legacy of the Age of Enlightenment, the motto "Liberté, Egalité, Fraternité" first appeared during the French Revolution. Although it was often called into question, it finally established itself under the Third Republic.