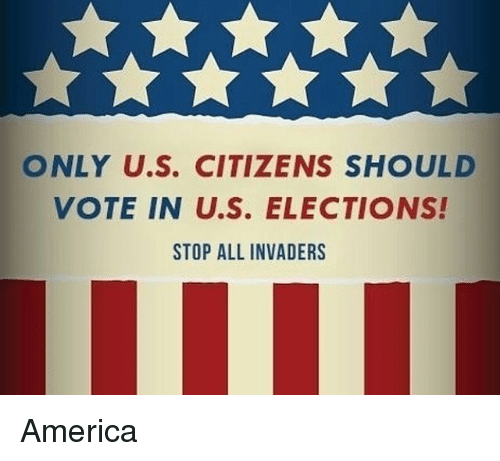 The 2020 Census will be used to redraw congressional districts, and to annually allocate approximately $1.5 trillion federal tax dollars to states.

President Donald Trump signed an executive memorandum in July 2020 that seeks to exclude non-citizens from being included in the calculations for congressional redistricting. He remarked, “Including them in the count would create perverse incentives and undermine our system of government.”  The President believes that to the extent possible, he has the discretion to decide who is considered an inhabitant of the U.S. for congressional apportionment purposes.  A consequential 14.3 million illegal aliens are estimated to live in the United States. This memorandum is about congressional redistricting, and does not affect federal funding to states.

The Mexican American Legal Defense and Educational Fund, the American Civil Liberties Union, Asian Americans Advancing Justice, Attorneys General of New York and California, and other leftists fought to keep a question of citizenship off the 2020 Census, and the Supreme Court blocked the citizenship question. Congressional Democrats have announced an emergency hearing to respond to this memorandum. Mountains of legal action is forthcoming. Accusations of racism and suppression of Latino power abound.

Congressional apportionment is the process of dividing the 435 seats in the House of Representatives among 50 states, based on the population count of the most recent decennial census. Each district in the country should be equal in numbers of represented. Mixed into federal districting are race and ethnicity; the Voting Rights Act of 1965 prevents tactics that deny minorities the right to an effective vote.

Posturing a lack of bias, The League of Women Voters launched a “People Powered Fair Maps” program, advocating that every person in the U.S. should be counted for redistricting.

Federal funds for each state is additionally determined by the census. The annual funds for Medicare, Medicaid, Head Start, Title I Grants, the National Lunch Program, Women, Infants and Children’s (WIC), and others will not be affected by President Trump’s memorandum, which does not influence funding to states.

Government records, each state’s motor vehicle department, and the Department of Homeland Security were issued a presidential executive order last year to produce anonymized (without a name) citizenship data. Above that, the President ordered the Census Bureau to assemble a separate database using government records on the citizenship status of every U.S. Citizen. Data tabulating the overall population and the citizenship population would be integrated with records of documented legal aliens to provide an estimated number of those unlawfully present in each state. The unlawful would not be included in census data used to determine congressional districts.

The Census Bureau enters information into its geographic database and produces a tabulation equivalence file showing the newly-defined congressional district boundaries. That information must be delivered by each state to the President within 9 months of the census, December 31, 2020. Within one week of Congress opening in 2021, the President reports to the Clerk of the House of Representatives the number of representatives to which each state is entitled. The Clerk informs each state. Voting for the redistricted members of congress will be in November 2022, for a congressional term that will begin in 2023.

Pew Research Center published that Alabama, Minnesota, and Ohio would maintain a seat they would have lost. Arizona, Colorado, Montana, North Carolina and Oregon would gain a seat, and Illinois, Michigan, New York, Pennsylvania, Rhode Island, and West Virginia would lose one seat, California would lose two seats, Texas would gain two seats, and Florida would gain one seat. Experts disagree on what would be the precise numbers.

Conservatives contend that framers of the Constitution did not intend for the term ‘persons’ to include any immigrant living in the country without legal authorization. Another fly in the ointment is about aliens who do not actually reside in the U.S. (temporary workers) which are currently counted for congressional apportionment purposes.

President Donald J. Trump observed “There was a time when you could proudly declare – ‘I am a citizen of the United States.’  But now the radical left is trying to erase the existence of this concept and conceal the number of illegal aliens in our country. This is all part of a broader left-wing effort to erode the rights of American citizens, and I will not stand for it.”