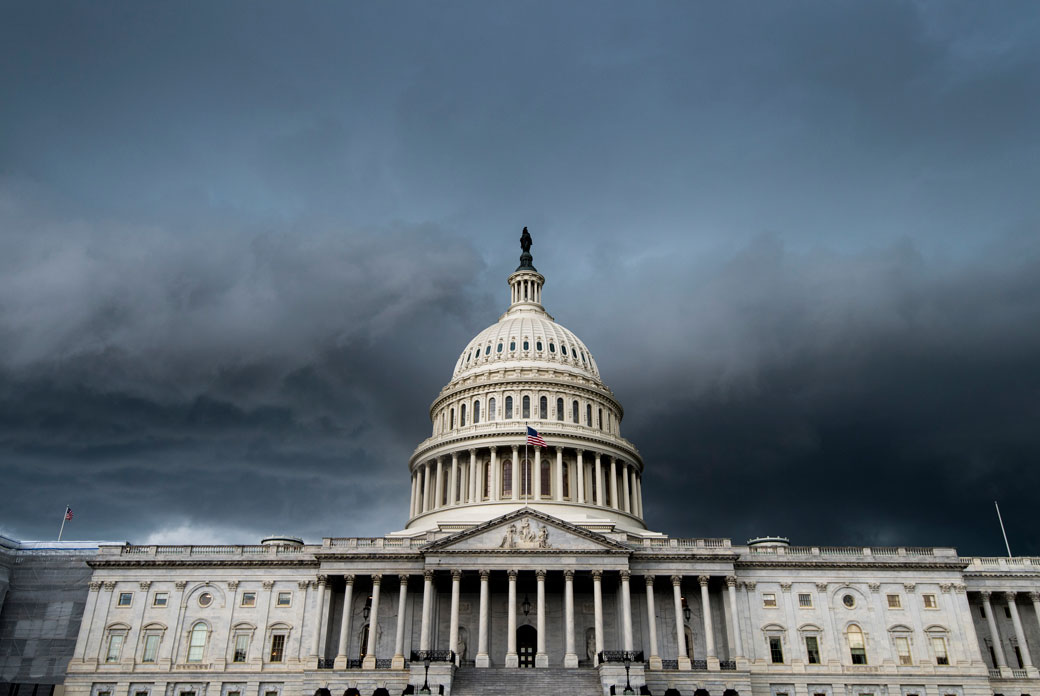 Republicans have a majority in the Senate, but cannot get things done. The minority party Democrats use the long-standing obstacle of filibustering to block legislation from a vote.

President Donald Trump’s forceful message is “Kill the filibuster.” At the funeral of Representative John Lewis, Former President Barak Obama announced that the filibuster is a Jim Crow relic. As Shakespeare wrote, “Misery acquaints a man with strange bedfellows.”

Filibustering has a history of obstructing legislative action on the Senate floor by extended debate, to prevent a measure from coming to a vote. Recall Jimmy Stewart in ‘Mr. Smith Goes to Washington’ when he argued on the floor for 25 hours.

Historically senators could stand and speak ‘Until the 12th of Never.’ President Woodrow Wilson pressured senators to create a way to close debates, in 1917. Rule 22 was enacted to end filibusters with cloture. Cloture (ending debate and voting) requires a 60 vote super-majority. The 60-vote majority results in the 41-vote minority being able to block legislation through filibustering. This is made worse by the RINO Republicans currently in the Senate.

During the Obama Administration, Senate Democrat leader Harry Reid, initiated the “Nuclear Option,” which altered the 60-vote rule to a ‘simple majority’ (51) for Executive Branch nominations and Federal Judicial appointments, but not for the Supreme Court. During the Trump Administration, Senate Republicans extended that procedure to include Supreme Court nominations. This paved the way for the nominations of Neil Gorsuch and Brett Kavanaugh. The same procedure could be used to ban filibuster.

Since the Civil War, both parties have tried but failed to ban the filibuster. There are a variety of possible procedures to end debate. The easiest method would be to change the text of Senate Rule 22, that cloture would require a simple majority (51) rather than the 60-vote supermajority. The Catch-22 is that text change requires a 60-vote majority to pass.

Candidate Joe Biden unbolted the barn door to banning the filibuster if he is elected. Democrats have solid odds to take control of the Senate next year. They need to gain only 3 seats, and polls show that Democrat candidates are ahead or even with Republicans in at least 7 states. Chuck Schumer is intensely involved in mapping the Democrat Senate campaign strategy. Republicans have an enormous task to preserve the majority. Each side is spending millions in the ‘toss up’ campaigns.

McConnell consistently says “No” to President Trump's requests for the Senate to ban the filibuster. McConnell beats a dead horse by warning Democrats not to mess with the filibuster rule, if they win control of the chamber in November.

President Trump has been a pragmatic mover and shaker his entire life. He recognizes the opportunity to pass important Republican legislation this year during his first term as president, without the obstruction of filibustering Democrats. Even if Joe Biden is elected, and if Democrats take the majority in the Senate; consequential legislation would have been enacted in these remaining months of 2020. If things go the other way and President Trump is elected for a second term, but the Democrats take the Senate, he will deal with that. Mitch McConnell should understand the momentousness of his actions in maintaining the filibuster.