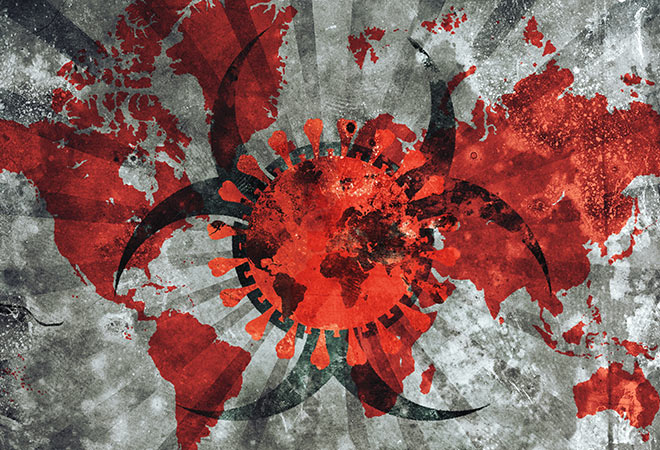 A Wall Street Journal article (1) about coronavirus carries the fascinating headline, “‘Really Diabolical’: Inside the Coronavirus That Outsmarted Science.” The subtitle is equally intriguing and says in part: “SARS-CoV-2 is a wily virus, with mysterious origins and a powerful ability to infect and spread…” But the authors spend most of their time trying, unsuccessfully, to trace the virus to a natural outbreak from bats. They write, “Taken on its own terms, SARS-CoV-2 is the infectious disease success of the past 100 years. Almost unmatched in the annals of emerging human contagions, it has parlayed a few chance infections into a pandemic of around 27 million confirmed cases so far.”

Here in the U.S. the death toll is approaching 200,000. Even if these figures are adjusted to reflect the fact that 94 percent of COVID-19 death cases had underlying poor health conditions, it’s more deaths from the China virus than 9/11. And it’s continuing to kill people.

Ironically, the China virus came from a country ruled by a regime that persecutes its own Muslims.

But our media do their best to protect the Red Chinese communist regime from its criminal complicity in what amounts to the use of a virus as a weapon of terror.

The authors of the Journal article do not pursue the obvious conclusion that the “diabolical origins” of coronavirus are in a Chinese lab and its “mysterious origins” are man-made. Instead, they say, “Initially, it was widely believed the virus made its home in bats, which harbor hundreds of different kinds of coronaviruses. But it ventured into new species.” That means it infected human beings, by accident we are led to believe.

Notice the words, “experts,” “growing body of evidence,” and “led China to confirm.”

This is how modern-day journalism attempts to persuade you to accept conclusions that the virus is somehow naturally occurring. That’s what China wants you to believe. Unlike the Islamic perpetrators of 9/11 and the anthrax mailings, the Chinese want to avoid responsibility and retaliation for what they have done to the American people and the world.

The reference to “diabolical” is said to be from Peter Piot, the head of the London School of Hygiene & Tropical Medicine and a co-discoverer of Ebola, who fell victim to the coronavirus himself in March. “This virus is really diabolical, it came like a thief in the night with an insatiable appetite for victims to devour,” he is quoted as saying.

It doesn’t sound like an ordinary coronavirus. Piot went on, “It behaves unlike any other virus. It spreads through our respiratory system because there are receptors in our noses and throats - but then it goes through your entire body: blood vessels, the heart, every organ could be targeted. It’s crazy.”

Crazy? Not when the origin of the virus is a communist country ruled by mass murderers. This is madness with a purpose.

The biographies of the two Journal reporters indicate they are highly-educated people who have graduated from the finest schools. The end of the article carries the notation: “The Wall Street Journal is examining the causes of the coronavirus catastrophe and the bungled response that followed.”

The bungled response includes the reporting.

For an explanation as to why reporters may be going soft on the Communist regime, consider a separate article (2) in the Journal about how “Chinese authorities haven’t renewed expiring press credentials for at least five reporters working for U.S. media outlets…” and that one of them works for the Journal. For the time being, they are allowed “to continue working with their expired press credentials for now.”

The regime is waiting to see which publications tailor their content to suit the regime.

The real scandal, not covered in this Journal article, continues to be the source of the virus – and China’s role in spreading it. This is by far more important than whether to wear a mask, a subject on which people may differ.

The readers of the article saw through it. One commented, “Mysterious origins? Not a chance. The only winner from COVID appears to be China. Without any use of force, they silenced the Hong Kong protestors and decimated most Western economies. Without a doubt, they have ushered in a new era of biological warfare...”

Another said, “The inevitable conclusion is that this virus was bio-engineered in China and deliberately spread to the rest of the world as a bio-warfare attack.”

Still another wrote, “Interesting article. Also interesting in that it does not mention a word about the Wuhan laboratory with its ‘bat lady’ who studies viruses in bats from the most obscure locations. Not a word about the lax protocols used at that lab either.”

The responses from readers demonstrate that people are extremely skeptical of what they see, read, and hear. They can’t understand why the paper went out of its way to absolve the Chinese communist authorities. The comments also reveal that they have access to other sources of information and they compare and contrast that information with what the Journal is reporting as fact. This is all good news.

Most reasonable and thinking Americans understand the basic fact that the coronavirus came out of China and that China, and China alone, is responsible for this killing machine ravaging the world. But less understood is whether American medical expertise was used in an effort to make the virus more dangerous than the ordinary flu.

The facts show that China has been directly involved in controversial coronavirus research funded by the National Institutes of Health (NIH). In the middle of this scandal is NIH director Dr. Francis Collins, an Obama holdover who publicly affirms his Christian faith but has a long history of collaborating with the officially atheist communist Chinese regime.

In addition to the matter of China engineering the virus, this is an area that deserves more investigative reporting from papers such as the Journal. But telling the complete truth risks permanent expulsion of the paper’s reporters from China and a negative reaction from the Medical Deep State here in the U.S.