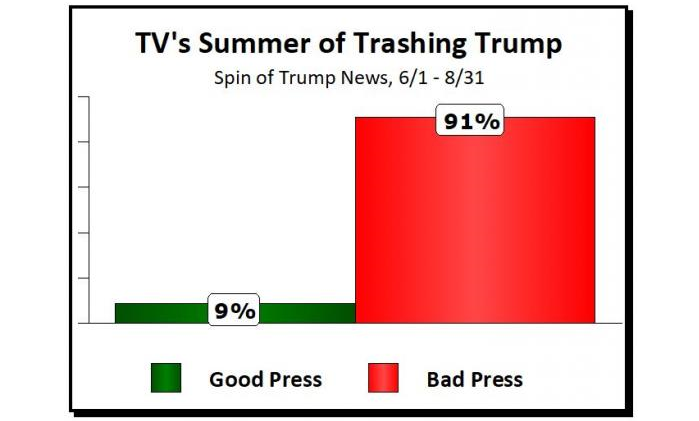 In a recent article in a local tabloid, the author wrote about how President Trump has tarnished the reputation and devalued the media in the eyes of the American people, and how his verbiage and irreverent rhetoric has had a corrosive effect on journalism. But history reveals that Mr. Trump was in the company of giants; many of his predecessors, as far back as the Founding Fathers, shared the same ill will toward the press.

From this nation’s inception, presidents have had a love-hate relationship with the press, and its offshoot in post modern America, the media. Even George Washington, while speaking before his cabinet members, threw down onto the floor and crushed under foot a newspaper that he took umbrage with and that had caused him great irritation.

President John Adams signed into law an edict that made ridiculing the president a crime. The Abraham Lincoln administration closed down over 200 anti-Republican newspapers during the Civil War, and imprisoned without trial dozens of hostile editors. Theodore Roosevelt had a positive and workable association with the press, especially those writers that supported his progressive agenda, until a couple cases when they criticized his programs; they were then labeled as muckrakers who wallowed in negativity, and fake news.

Let us not forget the irrepressible Woodrow Wilson who on an occasion threatened to punch a press photographer in the nose for taking a picture of his daughter riding a bicycle. Franklin Roosevelt, like Teddy, had a positive relationship with the press, to an extent. His fireside chats and weekly news conferences were well received, until his New Deal program was criticized by certain publishers, who he then denounced. Roosevelt also kept much of the news on World War II under wraps from the press, and kept journalists out of war summit briefings.

Back to the current Commander-in-chief. It amazes me how the media, in all its sordid manifestations, fails to understand President Trump. After four-plus years of daily harassment, investigations, Russian collusion, obstruction of justice, Stormy Daniels, the Ukraine, impeachment, numerous anti-Trump books, and all of this in a climate of hate-filled rhetoric and constant daily insults, attempts to undermine, diminish, and destroy his presidency and his family - how they complain when he lashes out and gives them a taste of their own medicine. And now they are reaping what they sow, and paying the price for exploiting, distorting, and exaggerating the news in order to create sensationalism.

They have even allowed anonymous sources and whistleblowers the right to influence the political discourse, and then accept without question, because of their inability to put aside the rancor and think clearly, the unproven allegation. They give space or airtime to the never-Trump, or some so-called expert, usually a Democratic operative, Hollywood celebrity, or in academia a leftist professor, a holdover from the sixties, or a younger newer version, the indoctrinated product of one of these has-beens. And then they decry his crudeness, hostility, and lack of empathy.

They are their own worst enemy, and if they had an ounce of objectivity and journalistic integrity they would have given this president a chance to prove himself, but they did not; but he did it anyway without their unbiased reporting. So why do they blame the president for their devolution in the eyes of the American people. It takes a man with plenty of perseverance, tenacity, patience, and strength to withstand the kind of assault this president has been under, and still fulfill the promises he made to the people.

So buckle your safety belts patriots, batten down the hatches, man the parapets; the mainstream media, Democrats, Hollywood, big business, social media, the never-Trump, all his detractors, will be out in force and in the gutter, and will throw everything they have at him in their bag of dirty tricks right up until election day, and maybe even beyond.