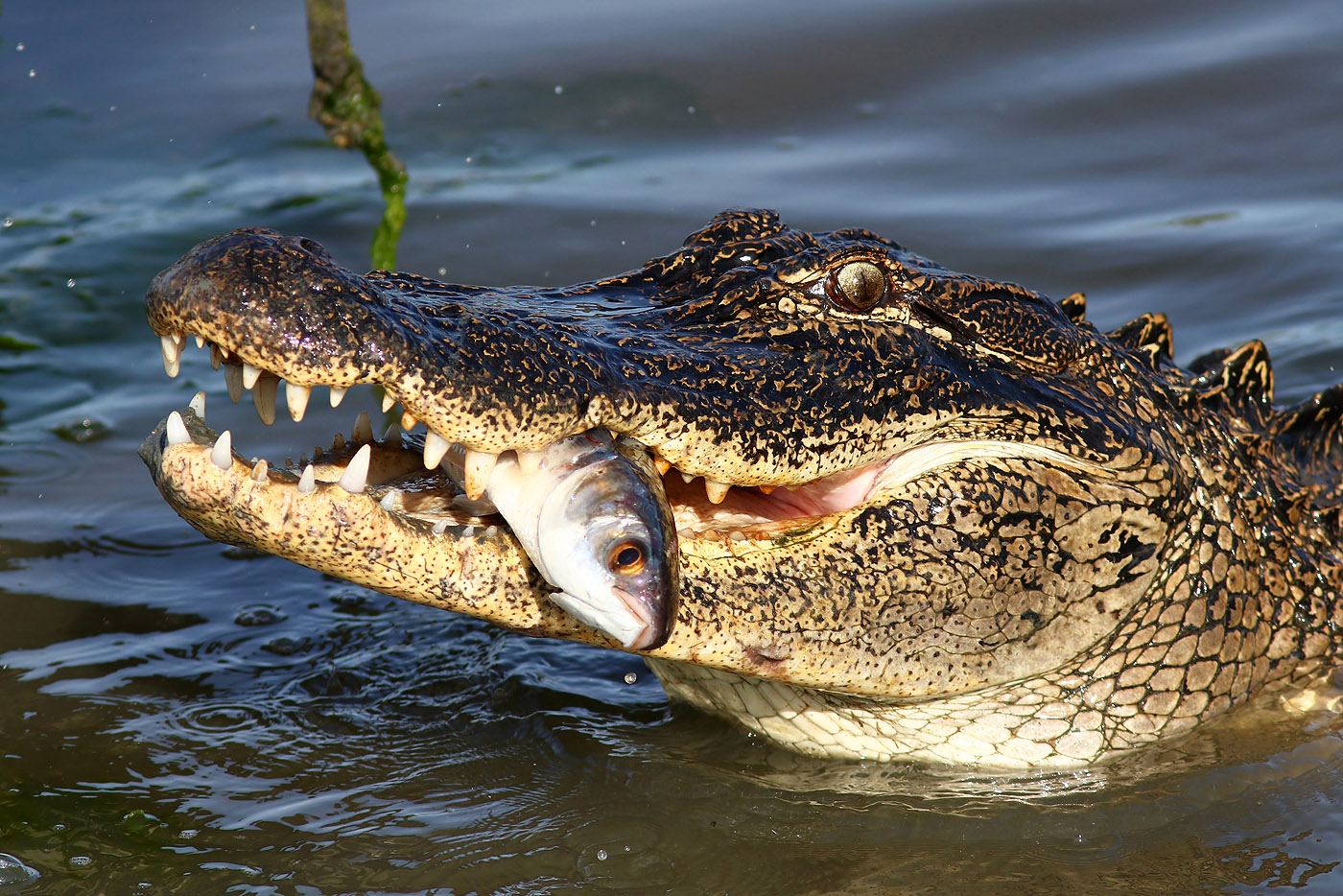 Several points are introduced in the commentary that carry forward naturally into the more general discussion of the political left. For example labeling our current energy practices “suicidal” inverts the truth because, as it turns out, it’s the policies of the left, instead, that can be shown to be inherently suicidal. It also introduces the essential nature of the left (Top Down Control), and of the right (God, the Individual, and Capitalism).

After demonstrating that green energy cannot meet the needs of the planet, the video concludes that worldwide energy consumption (and population) must be curtailed and limited to whatever level green energy can sustain. This conclusion (and mandate) elicit several thoughts about the nature of energy and human folly:
Drawing on the above commentary, I believe it is useful to characterize the two political parties as the Party of Top Down Control (acronym TDC), and the Party of Capitalism, Individual Sovereignty, Free Enterprise, Innovation, and Fear of God. An acronym for the second party can be derived from ‘G’ for God, ‘I’ for Individual Sovereignty and Innovation, and ‘C’ for capitalism based on free enterprise (acronym GIC).

Back to the main theme: The Suicidal Imperative of the Political Left.  In politics TDC is the party of the left and GIC the party of the right. Suicide means self-destruction. The divide between the two parties is deep-seated and fundamental.

First, consider that the practice of exercising top down control (by the TDC party) is undermined if individuals are, by and large, successful. And that the GIC party, which stands in opposition to top down control, is always working to facilitate and promote individual success. As a result we find the two parties lined up in opposite camps with one side promoting and the other discouraging (even suppressing) individual success.

Second, if success gets out of hand (as in the economic prosperity derived from GIC policies), then having failed to subdue and contain the success of individuals, the TDC party often, unfortunately, resorts to destructive means. I believe there is an envy-based motivation for this, “they have something we don’t, so we’re going to gang up on them and take it away or destroy it."

TDC policies, when implemented, impact everyone negatively: to the GIC party it is “imposed” destruction of wealth from the other side; and to the TDC party, after confiscated spoils run out it, less remains to be passed around and this self-imposed deprivation impacts TDC members themselves. If TDC policies are allowed to run their course, as in the examples of the USSR and Venezuela among many others, they are universally destructive to the point of collapse and in the end suicidal to the countries or civilizations that adopt them.

It is important to note that the TDC goal ultimately is to eliminate the other party entirely, as in the single party model of the USSR. If or when that’s ever achieved, the TDC party can dispense with all political discourse (no need to explain their positions and actions) because they will be in absolute control. But in the meantime, as long as we have two political parties, TDC gains must be made by political persuasion. That is seemingly a tall order: how do you persuade people to do self-destructive things? Especially now that we have achieved unprecedented economic success in the US and around the world, and are entering a digital age of limitless potential?

The TDC game plan is to persuade us, one way or another, that in all our success, things have gone too far. They mean to persuade us that there are overriding reasons why the GIC game plan can no longer be followed. Note that the GIC answer to “overriding” problems is to solve them by innovation, as humanity always has.

But TDC knows only top down control. And so in today’s political world, we face a number of high-profile TDC-driven canards (defined as "an unfounded rumor or story") which we are told we must accept and not oppose. These are easy to catalogue: climate change, systemic racism, pandemic quarantining, white supremacy, open borders, defunding the police, reparations for past slavery, and many more. The use of the label "canard" alerts us to the presence of unfounded content in these issues. It may reside in the issue itself (an inaccurate portrayal) or in the packaging of the issue as a mandate not to be questioned. This “mandate” packaging is in itself inherently unfounded because, broadly speaking, there is no issue that should not be openly discussed. And so the label "canard" applies automatically to any political assertion being put forward as a mandate.

So what is wrong with mandates and the TDC prescription for addressing problems? Simply that TDC policies in their pure form eliminate GIC involvement and thereby fail to draw on the essential innovative resources necessary to solve problems. What’s left is not only a contraction of the overall productive effort, but in the absence of innovation, a worsening of the problem resulting in a destructive downward spiral. This is the well-known end result of all TDC policy driven initiatives both in world history (e.g. the USSR, Venezuela, Cuba) and in our own country (e.g. the decline of black communities and failure of blacks to advance and prosper under TDC policies over the last half century). And it is important to note that the destructive consequences are not just economic but also personal. The loss of freedom under top-down control, causing loss of opportunity and also societal decay (as in TDC anti-poverty programs), if not stopped, proceeds in its advanced stages (as in the USSR) to tyrannical oppression of the citizenry and the imprisonment and extermination of opponents.

In light of this understanding, we are led inexorably to the conclusion that the TDC policies of the political left are inherently destructive and in the end suicidal to those who carry them out and to the entire society.

A final question remains: if the policies of the left in pure form are destructive and suicidal, is there a proper role for the TDC party in our government? The answer is resoundingly yes. The principles in our constitution are closely aligned with those of the GIC party. Within that framework, and consistent with GIC principles, the political process is open to all points of view, including the advocacy of TDC policies. And those policies have their place, for example, in wartime. It is critically important to understand, however, that while GIC principles (and our constitution) welcome all points of view, TDC principles do not. In fact TDC principles if adopted to their full extent would eliminate the GIC party and warp the constitution to its own dictatorial ends.

So how have we escaped, to this point in our history, the danger of TDC political takeover? Partly because in the early days our diverse and far-flung nation wasn’t susceptible to that. Also because the GIC principles were ingrained not only in our constitution but in our culture. Today in our digital age, TDC takeover is a much stronger possibility. Also, we have matured as a nation, and become less aware in succeeding generations of our founding principles. And we have been less vigilant in detecting and opposing the spread of and eventual dominance of TDC principles in academia, lower education, the media, and the nation at large.

In the scope of history, it is usual for a world-dominant nation to rise and eventually fall due to its own internal decay. Today the details of how that happens can be seen all around us. Are we any different? Maybe, because our founding principles are unique in all of history. If we can maintain and defend them against the destructive forces, they will enable us (and our future generations) to weather the storms and rebound to greatness. The political strife today is an existential conflict between the two political forces – GIC on the right and TDC on the left. They are, as noted, the forces of successful endeavor, and destructive suicidal outcomes, respectively. And the coming presidential and congressional elections are a critical juncture at which we will commit ourselves to one path or the other.

A final word about "canards." I believe there is great utility (and power) in the widespread recognition and use of a label like "canard" in political discussions. Today those who are the recipients (and targets) of canards need to be liberated from the inordinate time and effort they spend mounting a response to the spurious claims being made. Note that their responses have no effect on the other side - who are not listening. Instead the other side is working to silence and eliminate all opposition. But what if "canard" (or any other label) becomes a common term, known to all, signifying unfounded content? Then that label can be applied outright to all mandates, accusations, and even innuendos put forth by the other side, and they can be dismissed out of hand. And then the wasted rhetoric of today can be eliminated altogether simply by saying, “we do not discuss canards.”  When (and if) in the future real issues are brought forward as topics for discussion by the other side (not as mandates), then real progress can be made.