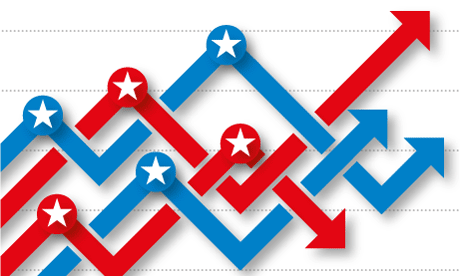 This is just an unprofessional observer’s take on how the upcoming presidential election is shaping up, and why Joe “Plugs” Biden has a better than even chance of winning, despite his woeful inadequacy to assume the job.  Here are my reasons in no particular order of importance:

1. The polls are often wrong, but not always. Most of them were predicting a tight race with Plugs having a small lead, until the president contracted the “Covid” China virus after which Biden’s lead has supposedly widened. Of course, the popular vote could swing more toward Trump as the election nears, but in the end it could be the Electoral College results, ironically enough, that do him in.

2. Mail-in voting will undoubtedly help the Democrat candidates more so than Republicans. Therefore, the scenario where Trump “wins” on the evening of November 3rd but then sees his lead evaporate over the next days (or weeks) as the mail-in ballots, legitimate or otherwise, continue to be counted, is a real possibility. This could be the case especially if the election is as close as is predicted.

3. The real possibility (due to #2) that the election results are in an ongoing state of murkiness after Election Night creates the opportunity for the courts to become involved. The last time the courts were involved in the outcome of a presidential election in 2000, the ultimate decision went to the Supreme Court which, rather surprisingly, ruled in the Republican’s (G.W. Bush’s) favor. This means that odds would favor the court ruling for the Dems this time, especially with the Waffler-in-Chief Justice Roberts in charge of the proceedings. I make this assertion even with the optimistic assumption that Justice Amy Coney Barrett will be seated on the High Court by then.

4. Next, let’s think about how the stark choices now being presented to the American people are being received. The average American is generally an optimist, although recent events may have tempered that somewhat. However, most reasonable people will laugh at the doomsday predictions of the “greenies” such as AOC because they simply don’t believe things could get that bad so quickly. However, isn’t it possible that the doomsday predictions of a socialist government if the Dems take over, with all of the attendant loss of freedoms, are being viewed by many voters (especially those sitting on the fence) as mostly hyperbole also? Basically, in viewing the future most people will be hopeful that a better scenario will come true than the terrible predictions they hear. There’s a cognitive disconnect that is exemplified by the old joke about the jilted spouse who enters the bedroom and finds his/her spouse in the arms of another. The cheating spouse infamously asks, “Who are going to believe, me or your lying eyes?” This is the “logic” that CNN and MSNBC commentators use when lecturing about the “mostly peaceful protests” as cities burn in the background. The average American, who may watch both Fox News and CNN to get a more “balanced” view, may be scratching his or her head wondering, “Who’s really telling me the truth here?  Can it really be as bad as Tucker Carlson says it is?  I’d rather believe that the protests are mostly peaceful and there are just a few rabble rousers that make all the trouble.”

5. Finally, the Left knows all of this and knows how to manipulate the general public, as evidenced by their successful pulling of the country further and further left over the last 50 years. They’ve also managed to make the election more a referendum about Trump’s personality and tweets than Biden’s obvious mental frailties (age-related and otherwise). Plugs is even using his age to come across as a compassionate sage who will put all the current chaos behind us if we just elect him.

To conclude, I realize that in this incredibly unpredictable year, many things can happen even in the short time left until the election that could favor either candidate.  But my prediction is based on the overriding factor that too much of the electorate values safety and security over liberty and freedom.