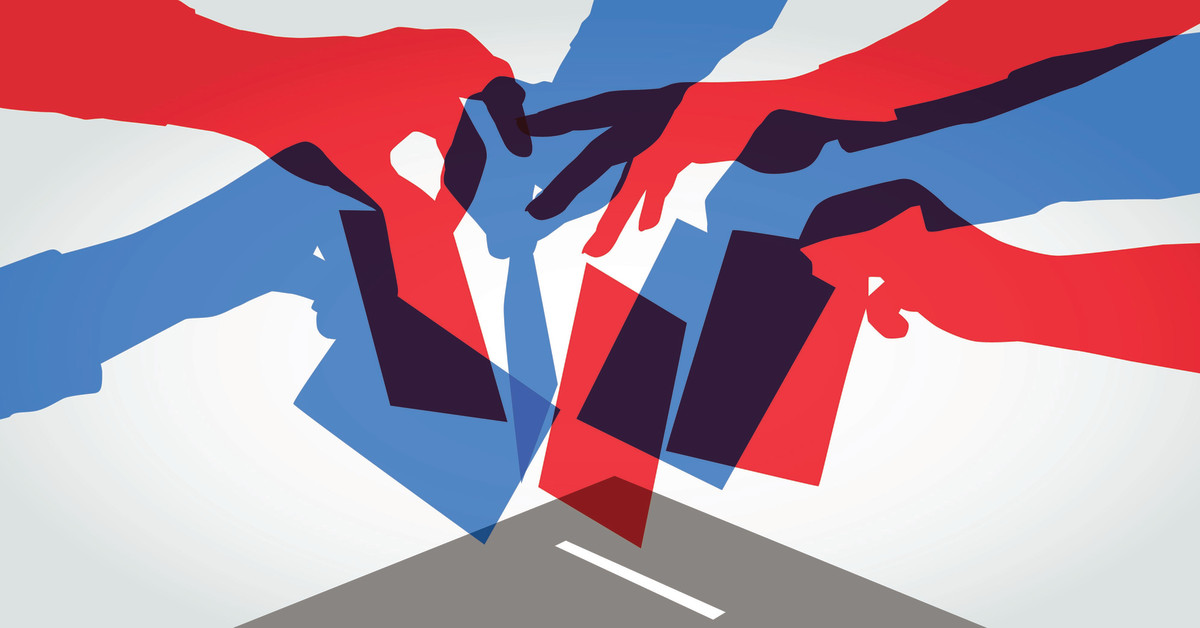 I believe that Donald Trump will be re-elected President of the United States, and as a result, we will see the outbreak of a new American Civil War - within the Democratic Party. While I do not expect to see any shots fired, I believe that some people will not survive the battle. The potential for the destruction of the Democrat Party is almost a certainty. This Civil War will be between the socialists and the capitalists in the party. I do not believe the Democrat Party can survive the conflict in ideology any longer.

Lincoln once told us about the possibility of a Civil War in America through his powerful speech when he said, "A house divided against itself cannot stand." From the founding of our country, the issue of individual rights vs. the central government has been on people's minds. The human sacrifice that was made to get out from under a despot made freedom very important. The division of the Democratic Party will manifest itself in the coming year and beyond, but it will not happen overnight. As we approach the 2022 midterm, the division will be in full bloom. The Democratic Party cannot survive half Democratic Socialist and half Democratic Capitalist. The chasm will grow larger and larger, pulling the two sides apart.

The first skirmish will be over the Democrat Party control of the House and who will be the new speaker. One of the Democratic Socialist leaders, Alexandria Ocasio-Cortez (AOC), and those who follow her favor someone younger and more progressive than Nancy Pelosi. If Nancy is selected Speaker, then the war between the factions is on. I believe it will be much easier for Nancy to move on if Donald Trump wins. (Why? You don’t have any supporting ideas here.)

The first Civil War in American was about freedom for all, but the coming Civil War within the Democratic Party will not be about freedom. It will be about control of the people, taking away their decision-making freedom. The new socialist faction of the Democrat party thinks the people are not capable of making their own decisions. They believe the government has to take the responsibility to make decisions for the people because the government is better at making decisions than the people are. An example of what I’m suggesting is the issue of healthcare. The Socialist Democrats want a single-payer healthcare system run by the government. According to the website USAfacts.com, currently, Healthcare's cost is 18% of the Gross Domestic Product (GDP) in the United States. Right now, federal spending accounts for 21% of GDP. If we add Healthcare at 18%, the government will control almost 40% of GDP. That only leaves 60% to pay for everything else! How can we afford that?

If what I believe is true, that the Democratic Party will split into two new parties, how will subgroups divide and go their own way? Blacks have traditionally voted Democratic; however, in his first term, Donald Trump spent a great deal of time trying to help not only blacks, but also Hispanics and Asians. Trump's economic and tax policies have created significant employment opportunities for those minorities to grow and prosper. One only has to look at the number of black people openly supporting Donald Trump to see that many Blacks believe he is someone who really cares for them and their needs. There is no question that some of these minorities will go to the Socialist Democratic Party, and others may go to the Capitalist Democratic Party. I also believe that a significant number will transition to the Republican Party. This subdivision of the minorities will again reduce the power and influence of either of the new Democratic Parties. Do you remember in 2016 when candidate Trump said to Black leaders, “What do you have to lose?”

As the country goes through the Democratic Party's realignment, I believe one of two things will happen when it comes to the 2024 presidential election. A temporary patch will be applied to coalesce around a compromise candidate for the 2024 election. I believe the Socialist left will demand that all of the Democrats concede to their wishes, and as a result, the new Democratic Party will not agree, and there will be two Democrat conventions; just like what happened in 1864 when the party also split.

I do not believe that, at the start of this campaign season, the Democrats thought that they were betting the very life and survival of the party on the outcome of the election. If Trump wins, step out of the way when the Democratic heads start rolling down the aisle.