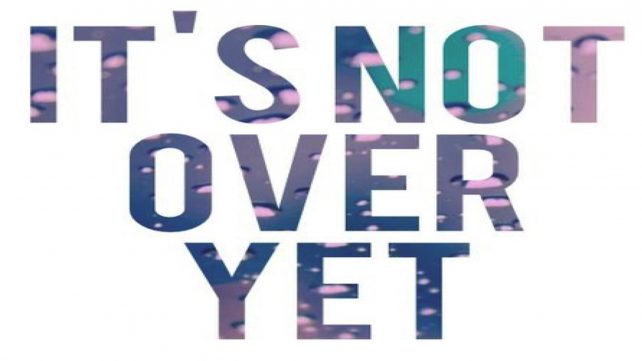 On Oct. 19, 1739, Great Britain declared war against Spain in what is known as the War of Jenkins’ Ear! This war drove Spain into an alliance with France, an alliance that was a threat to England for ninety years. At the announcement, bells rang out from London churches, and the crowds thronged the streets, shouting their approval. The Prime Minister looked down upon the jubilant English mob from a window at 10 Downing Street and remarked, “They are ringing their bells now, but soon they will be wringing their hands.”
He called it right.
Following the Tuesday election, on Friday evening and Saturday morning the media announced Biden’s election, which had no basis in fact, is nothing legal or official, and will not be until all the charges of voter fraud are settled. Frankly, Trump or any such politician would be a fool to cave to the crowd before adjudication of the charges. After the media’s peremptory announcement, the city streets across America were filled by excited, energized, and almost euphoric people, car horns blared, and church bells began ringing.
But, recalling the British Prime Minister’s statement, I contend in a few months those same Americans will be wringing their hands and crying, “What have we done?” What they have done is loose two irresponsible people upon a careless populace. Joe Biden and what’s-her-name Harris, if they keep their word, will destroy America. They promised to change America. In fact, Senator Chuck Schumer promised, “Now we take Georgia, then we change the world.”
Hey, no sane person says the Senate has a mandate to “change the world.” That is an out-of-control egomaniac spouting hogwash, balderdash, and a generous portion of hokum to hear the sound of his voice. But, if they try, what in the world would they do? Most Democrats are wearisome gasbags with delusions of grandeur, but they can be dangerous when they are awake. For sure, they are woke, and they are dangerous, devious, and dishonest people.
Biden and Harris will be more faithful to their promises than they were to their professed principles. Both, in their youth, used sex to get what they wanted. But I’m not supposed to write that. Biden tells a romantic tale of his marriage to Jill when he actually took her away from her husband, whom he made a cuckold while she worked in his first senate campaign. Harris is known for climbing to the top by spending an unusual amount of time on her back as the mistress of the California House’s former speaker, Willie Brown.

But what does that have to do with politics? Nothing, other than to show the kind of people bell-ringers, not me, put into the most important offices in the world.
Of course, no one in the national media has mentioned their immorality, calling them to account. One reason, no doubt, is because many of the media are also fornicators and adulterers. While, as far as we know, that is all history, it is galling to hear Biden and Harris talk about “truth,” “decency,” “character,” and “principles.” They are both gasbag hypocrites, in my humble opinion.  And to hear Meghan McCain say Joe is “Truly decent and moral” would gag a buzzard.
Of course, the careless, thoughtless, and narrow-minded Yellow Dog Democrats (people who would vote for a yellow dog before voting for a Republican), RINOs, Never Trumpers, and Trump Haters have foisted political terror upon the remainder of sane Americans (if the announced win stands). They are people who don’t forget and keep grudges forever and are determined to get even. They will metaphorically hang every Trumper from the maples on the White House lawn with ropes supplied by the feckless, fickle, and feather-brained RINOs.
When Puerto Rico and Washington D.C. are added to the fifty states, the Democrats will have four more senators and will be able to do anything they choose.
If Georgians are foolish enough to send two Democrats to the Senate as Stacey Abrams (who thinks she is Governor of Georgia) says is a sure thing, there will be no stopping the overwhelming surge of Socialism.
When our taxes are raised to the confiscatory level, blame the Democrats and cowardly RINOs.
Blame the Democrats and RINOs when our First Amendment rights are gone. Print media and radio/television talk shows will be eliminated or controlled by government, and church people will be forced to keep worship within their four walls. It will be illegal and dangerous to call a man pretending to be a woman, an idiot. And other such speech control.
When the mass media and social media are in the pockets of leftists and crank out false news daily, you can blame - wait a minute: that has already happened.
When the nation is shut down again, jobs are lost, businesses close, and church leaders are jailed for refusing to obey government orders to close, blame Democrats and RINOs.
When military troops require ordinary citizens to receive vaccinations, detain unmasked patriots, and patrol the streets to regulate truly peaceful marchers, blame Democrats and RINOs.
When you must always wear a mask to have a job, travel on any public transportation, or walk in any public park, blame Democrats and RINOs.
When Biden mandates a national lockdown and then climbs into bed (again) with the Chinese Communist with all that involves, blame Democrats and RINOs.
When guns are removed from your home, leaving you helpless against marchers, marauders, muggers, and murderers, you will blame Democrats and RINOs.
When gatecrashers from third world nations take your job, blame Democrats and RINOs.
When people who never owned slaves must pay reparations to people who were never slaves, and people who have no college education are forced to pay the debts of partying, protesting college students for their worthless degrees, then blame Democrats and RINOs.
When your kids’ classroom is double its current size and taught by a teacher who is English-deficient, blame Democrats and RINOs.
When you can’t walk through your city parks without stumbling over druggies and perverts, blame Democrats and RINOs.
The bell-ringing will have long stopped, and Democrats and RINOs will be wringing their hands as America reverts to a wasteland.
But don’t stick your head in the gas oven or jump out your second-floor window because Trump will not permit the election to be stolen from him and us without legal protestations in the courts. The dishonest, devious, and designing political thugs will be exposed as a sudden light reveals roaches on a food-strewn kitchen floor.
Let me remind you that Al Gore was recognized by the media and others as “President-Elect” for about thirty-five days in 2000 until it was official - George Bush was the winner. None of the medias’ authority is official; it is all presumptive.
Moreover, you may remember that Amy Coney Barrett was asked in her hearings about her work in the Gore-Bush controversy, and she admitted she was part of the Bush team. What was not mentioned is that two other members of the Supreme Court were part of Bush’s legal team: Chief Justice John Roberts and Brett Kavanagh!
Now, isn’t that interesting! The Court and College have yet to speak. I want to remind you of the famous words of my sixth-grade educated philosopher-father who said, “It ain’t over ‘till the fat lady sings.”
And, less crudely, as Dr. Tom Barrett said on Conservative Truth, “It ain’t over ‘till the electoral college sings.”
With truth on our side and dedicated lawyers before the Supreme Court, we might be ringing church bells and rejoicing in the streets this time.
Copyright ©2020
Read more by Don Boys, PhD
Tweet