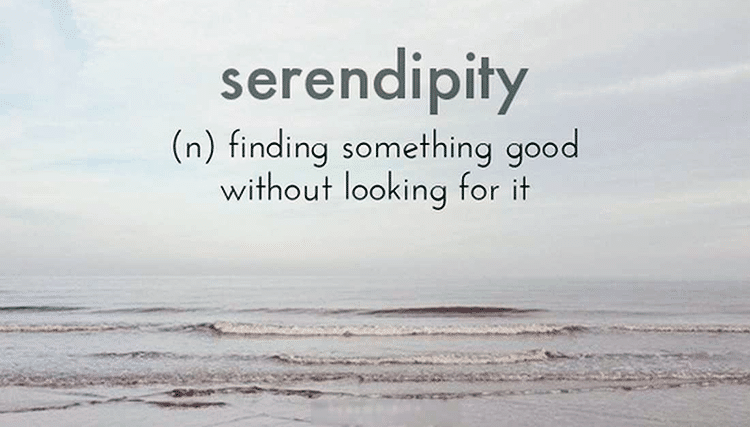 Firstly, let's take a look at serendipity's definition: the phenomenon of finding valuable or agreeable things not sought for. In other words, serendipity is finding something good without looking for it. Serendipitous is the occasion that made serendipity possible.

Two of my favorite people on earth live in the geothermal town of Rotorua, New Zealand. Rotorua is one of the most famous tourist towns in New Zealand. I met them several years ago when speaking at their church. Matai Bennet, a Maori friend since 2001, is their pastor. Their church is called Atomic Church. How do you like that?

My friends are Erik and Robbie Grangard. Robbie is from New Zealand, and Erik is from Norway. They met in New Zealand years ago. Erik was a medical doctor at that time. They decided to move to Norway and raise their family there. So, with the kids grown and Erik close to retirement, they returned to New Zealand and retired. I enjoy Erik because we like to fly fish in the area.

During her time in Norway, Robbie volunteered to help people from Vietnam immigrating to Norway. She is an intercessor, painter, and people lover. Recently, Robbie sent an email to tell me about a serendipitous moment and meeting. I have her permission to share her email with you. Read on.

“My husband, Erik, and I walked into a random restaurant in the countryside. At that time, we were back in Norway, 12 years after leaving Norway to move to New Zealand. A smiling woman seated us and went off to find some menus. Something seemed funny to me about this woman. It took a few minutes for the light to go on for us both!

The delightful Vietnamese woman who stood in front of us had grown up into a woman. I have become somewhat seasoned. Memories flooded back. Both of us screamed, hugged, laughed, and talked over each other with delight. It was a serendipitous moment and meeting. Let me explain.

Vietnamese refugees by the hundreds arrived in Norway long after the floods of 'boat people.' For some reason, her Vietnamese group was interned in Hong Kong refugee camps for years after fleeing the war. Through the United Nations, this young woman arrived in the Norwegian community where I worked with refugees for many years.

At first, Norway was a challenging nation for the refugees. They experienced extreme fear and anxiety. Most refugees arrived with nothing but meager suitcases. My assignment was to help them adjust to Norway’s climate and culture. We often met in women’s groups to do this.

So, here we are, back together again, in Norway. We were and are keenly aware that this encounter was not just a coincidence. Our meeting revealed to both of us God's attention to detail. God orchestrated our meeting for such a time as this. It was an encouraging and enlightening moment! Our meeting was so unexpected that my husband had tears in his eyes as he watched two women from New Zealand and Vietnam bask in sheer joy.

She had learned how to speak nearly fluent Norwegian. She was walking in dominion in a strange land. She took her place as a capable divorcee without family support. She had single-handedly led her children into new futures in the foreign land of Norway. She was economically capable. She had her own home. She led the staff in the restaurant. She owned the restaurant! In Norway, she was walking with a sense of purpose. She had succeeded.

It was thrilling to see the result of all the work we had put into helping the Vietnamese women create a new life and a fresh start in Norway. We made deposits into empowering people, and she is the return on our investment. It has been a privilege to walk alongside countless women from all corners of the world, and this encounter demonstrated to me that all things are possible.

My hope is to continue illuminating a path of significance for immigrant women. My calling is to be 'the guide by the side' of immigrant women over 50 in New Zealand. My vision is to help women reclaim their vibrancy, influence, and place as productive human beings. In a few weeks, I'll be looking for five women to join me in empowering these women.

You five helpers out there, are you ready to awaken your best years this year?”

Do you see that? Robbie had the opportunity to see the outcome of her investment in others. I would say she received a mega-return, wouldn’t you? Robbie was a solution to the problem of the Vietnamese immigrant. The Vietnamese woman is not just surviving. She's thriving. Robbie and the others with her participated in moving many immigrants from the outhouse to the penthouse. And the friendships will go on forever.

When you write a check, money is withdrawn from the bank. When you get involved, something is deposited in you. Think about it. Maybe you are the ‘solutionary’ for someone needing a guide by their side for a while until they get going.

Robbie would be the first to inform you. It's not her. It's Christ in her. When you're a 'solutionary,' get ready for awesome serendipitous times in the future.