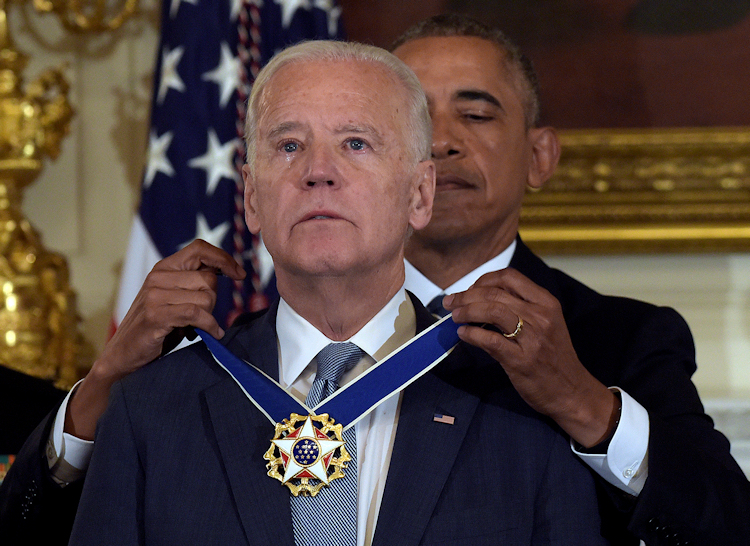 After eight years of the Obama presidency, many of us would agree that Obama operated a wholly inept disaster of an administration, the worst in the history of our country. That aside, he did leave a significant legacy behind that the rest of us, including President Trump, must deal with to this day. In his tenure, President Obama made terrible deals with other nations, he bowed to world dictators who were sworn enemies, put Americans last and radical Muslims first. Obama’s economic prowess was based on the best Marxist ideology that could be gleaned from liberal college think tanks based outside of actual reality.

President Obama’s true legacies are multi-faceted, deep-rooted, and far-reaching, well past the current Trump presidency. You always hear how President Trump divided this nation when Obama’s division was an impetus for Donald Trump running for office. Obama crafted the greatest division between left and right ideologies during his tenure. According to a 2020 Rasmussen poll (1), 63% of likely U.S. voters think America is a more divided nation than it was four years ago. Seventy-two percent (72%) described America as a more divided nation as the Obama presidency ended. The Obama media machine who protected Obama’s presidency faithfully carried the water for him, falsely painting Trump as a racist among other things.

Obama created two rent-a-thug neo-Nazi-like organizations known as Antifa and BLM. Both are paid neo-Nazi-like fascists who were commissioned to run his disruption campaigns when needed. Both organizations are firmly tied to the internationally-controlled, always-for-sale Democrat party. These are the same people that burned down our cities, destroyed business, and are calling for the defunding of police. This Obama legacy is (perhaps) the most destructive of them all as they get support from mainstream media and are untouchable to most liberal city police departments in America. They have carte blanche to impose Democratic fascist demands and consequences to people who oppose them. This is particularly egregious because of the violence against private citizens of all ages and colors. Americans have died at the hands of their rants in the name of “justice.”

Another Obama legacy we are still feeling the pain of was the socialist takeover of the Department of Justice (DOJ). Obama managed to line up loyalists willing to break the laws, violate FISA documents, and spy on Americans, including Presidential candidate and sitting President Donald Trump. Though many have been outed, there are still government employees and department heads who will not cooperate with investigations or take the responsibilities of their positions without bias. As we have recently heard Rudy Giuliani and Sidney Powell ask in the election fraud investigation: “Where is the DOJ?” The DOJ was spayed and neutered by President Obama and that legacy is frustrating President Trump after four years and an impeachment investigation proved wrong.

One of Obama’s favorite past times was to spy on his enemies and his friends around the world. He used the CIA to spy on Americans and leaders who did not agree with him. General David Patraeus, a West Point graduate, was fired for transmitting eight binders of classified information to his would-be biographer Paula Broadwell. According to the Nationalreview.com (2), Obama was obsessed with punishing Patraeus while his SECDEF Ash Carter looked for more ways to punish him. In essence, Patreaus was the original General Flynn and was probably (according to speculation) unmasked and prosecuted in a similar fashion. Patreaus disagreed with Obama’s wartime policies which may have given Obama and Carter the motivation to fire and punish him. (3)

Obama’s most disappointing legacy of all is “sleepy Joe.” Joe Biden is claiming to be President-elect of the United State of America. He is dragging the compliant media and claiming a pre-mature victory amid a sea of voter fraud allegations. He cannot escape any of his past being the Vice President of Obama’s failed administration. He was actively involved in the unmasking of General Flynn. He is dividing this country by calling President Trump a racist and sowing fear about Trump’s plans to hurt the economy. He supports Antifa violence, calling them an idea and not a group. (4)  Kamala Harris supported Antifa bailout money and encouraged continued riots. (5)

Electing Biden as President would be tantamount to reelecting Obama and all the baggage that we left in 2016. The spying, government corruption, and thuggery will continue to favor China, Iran, and other dictatorships above America. The anti-American agreements Obama and Biden joined will end our prosperity just like it was downgraded during their feckless administration. Fortunately, President Trump and his brilliant legal team are exposing the enormous fraud that will unmask the players involved in the 2020 elections and overturn the well-orchestrated scam. We may all be surprised to learn that the fraud may be part of the Obama-Biden legacy as well.