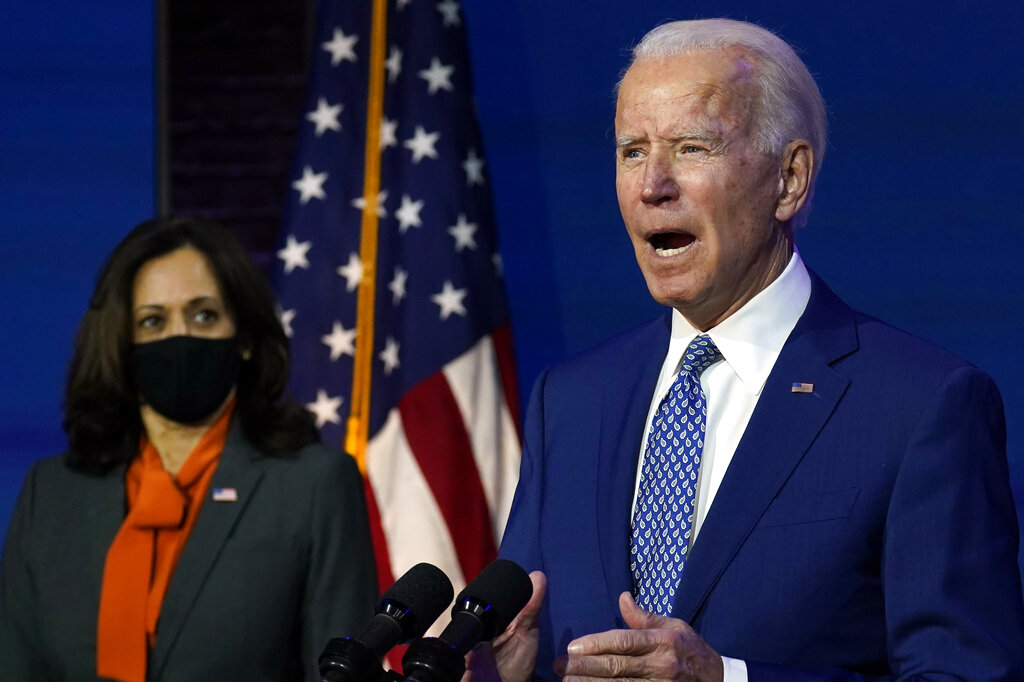 The moment of truth will soon be upon us, and all those daily references and terms that have invaded our senses these past several weeks since the election will hopefully come to an end and with it a political maelstrom. We will all be somewhat relieved when the media sets aside its daily biased announcements of the election, the vote, absentee ballots, mail-in ballots, poll watchers, counting, voter fraud, unfounded allegations, lawyers, judges, courts, electors, legislators, concede, certification, Rudy Giuliani, and Sidney Powell.

Reality will stare many of us in the face, and we will come to realize that the victory we clamored for was not to be. Even President Trump, who as of this writing has refused to concede the presumed election of Joe Biden until all investigations into voter fraud are exhausted, I believe has resigned himself to what appears is the inevitable conclusion. The media is motivated unlike any time in recent memory; it’s pulling out all stops to ensure that a Biden administration will assume power, for good or bad, it matters not to these leftist reprobates.

Although not yet formally crowned leader of the free world, Mr. Biden has begun naming his cabinet members. Already there have been voices raised among Democrats and party faithful that Biden’s appointments may not satisfy certain factions like the socialist wing of the party, and those who have supported the candidate’s campaign monetarily with the anticipation of a return on their investment, and are now seeking some position within the administration. Based on what we have thus far determined, it would seem that favoritism will be a significant factor, and of course diversity.

Let us brace ourselves now for the cabinet that has been thus far formed. These people are in fact Ivy League rethreads and denizens of the Washington establishment swamp, and some are holdovers from the Obama administration. Based on what has been statements made by Biden and his advisers and cabinet, "America first" will not be the motto of the day. Instead, we will once again join the global community and become just another clog in the wheel of world domination with its headquarters at the United Nations. This will follow immediately after the newly elected president reverses many of President Trump’s executive orders.

Ron Klein is a former Fannie Mae lobbyist and a senior adviser to Biden for many years and served as chief of staff to then-Vice President Biden in the Obama administration. Klein has been named chief of staff in the Biden White House. During the Obama administration, Klein was directed to deal with the Ebola outbreak, and will now be expected to play a decisive role in dealing with the Coronavirus.

Jen O’ Malley Dillon’s name to fame is that she was involved in staffing a long list of Democrat presidential campaigns. She acted as the campaign manager for the Biden-Harris campaign, and will now assume the position of Deputy White House Chief of Staff. Judging by some of her latest tweets, Dillon’s character is in question, and her background does appear to be commensurate, experience and ability-wise, with this important position.

John Kerry, numero-uno of the deep state swamp dwellers, and the crown prince of mediocrity has been named as the special envoy for climate issues. Kerry served in the senate from 1985-2013, was the Democratic nominee for president in 2004, and Secretary of State from 2013-2017 in the Obama administration. I believe history will show Kerry was a mediocre and unaccomplished hackneyed politician. This position will not require confirmation.

Neera Tanden is Bidens pick for Director of Management and Budget, and is a left-wing ideologue, and is currently president of the far-left Center for American Progress. She was a Russian conspiracy enthusiast and has been a frequent and harsh critic of the president, conservatives, and Republicans. Antony Blinken is Biden’s choice for Secretary of State, and Alejandro Mayorkas for Homeland Security Secretary. At this point, I will let the following comments serve as a window into Tanden, Blinken, and Mayorkas’ nominations.

Senator Josh Hawley (R/Missouri) issued a statement, in part, which spoke directly to Biden’s choices for diplomatic and security position, he commented on Twitter, “What a group of corporatists and war enthusiasts, and big tech sellouts.” The senator got specific when speaking about Blinken, that he “backed every endless war since the Iraq invasion, now he works for big tech and helps companies break into China.”

Senator Tom Cotton (R/Arkansas) is a member of the Senate Intelligence and Armed Services Committee, and had this to say, “Sounds a lot like a return of the Obama administration foreign policy, and that foreign policy had disastrous consequences for our nation.” The senator was speaking in particular of Biden’s nominee for Homeland Security Secretary, Alejandro Mayorkas and his past pro-immigration effort in 2015, which were deemed unsavory and criticized by the DHS at the time. Cotton also commented on Tanden with these words “Filled with hate and guided by the woke left.” Senator John Cornyn (R/Texas) said about Tanden “The worst nominee so far, zero chance of being confirmed.”

Senator Marco Rubio (R/Florida) criticized all the nominees thus far as a group of “orderly caretakers of America’s decline.” He added, “I support American greatness, and have no interest in returning to the ‘normal’ that left us dependent on China.”

Let us all pray.