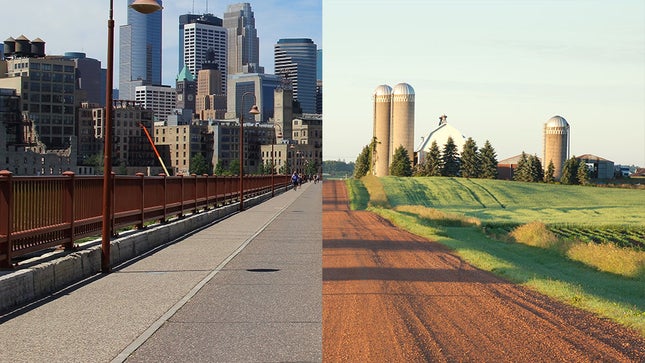 Lately, there has been so much frustration with the last election and the direction of our country that some Trump supporters have been talking about “secession.”  Many conservatives and libertarians are asking if it makes sense for certain states to leave the union the way South Carolina left in 1860, after the election of Abraham Lincoln as President of the United States.

Whether it makes “sense” or not, we can be assured that it will not happen. Although the South Carolina state legislature voted in November of 1860 to initiate the process of secession, no state legislature would do that today. This is because most modern state legislatures, even conservative ones, do not have many members who are angry enough at the federal government to support seceding from it.

Never forget that many individual state legislators are professional politicians. They may disagree with some of the policies that flow from Washington D.C., but they are not angry enough to vote for secession, and that is what is required to secede - anger. While an official secession will not happen, there will be a different type. In fact, it has already started in our country.

Instead of state legislatures, dominated by urban dwellers, voting for secession, Americans who live in rural and some suburban areas are executing a secession of their own. They are disassociating themselves from the lifestyles, cultural mores, laws, and self-inflicted wounds exhibited in our large cities.

Of course, rural Americans are already living in areas removed from large cities, but geography is only one of the many differences. An even more striking distinction involves political ideology and attitudes on an array of issues like criminal justice.

Citizens living outside of ultra-progressive urban areas do not accept what is going on in large cities. Surely, the thinking is “I am not one of them. They are different from me. We do not agree on basic things, like what laws should govern human conduct.”

This mental dissociation did not exist in previous times of crisis in our country. There was much more national unity in December of 1941 or even September of 2001.  At that time rural Americans and city dwellers still had many shared values and followed the same laws. Clearly, the similarity in culture and politics between rural and urban Americans is dying, and the pace of its death march is quickening.

This same type of disassociation is also felt by many Americans living in suburban areas. They recognize their way of life is incompatible with that exhibited in large cities. This results in suburban dwellers venturing into cities less often. Once there, they feel unsafe and unwelcome. According to the FBI, crime rates in our urban areas are significantly higher than in suburban and rural areas.

More crime is not the only difference Americans notice in large cities. There are also different laws regarding decency, civility, and cleanliness. Unfortunately, manners and traditional customs are rarely, if ever, practiced.

Many horrific things can happen to you in a large city, without warning.  You can be struck from behind in a “Knockout Attack,” or wounded by a stray bullet. You can be surrounded by violent demonstrators who scream at you and tell you are evil because of your wealth, race, religious views, or political beliefs. This is not a place that feels comfortable or like home.

Over the past few decades, millions of Americans who support traditional American values, and even some who value safety, have already left our large cities. They are disgusted with the political corruption, high taxes, racial politics, homelessness, and over the past year, the excessive COVID-19 lockdown orders.

People leaving are also those who value their Second Amendment rights. They do not want to be charged with a crime if they have to defend their home. Who can forget what happened to Mark and Patricia McCloskey in St. Louis?

On June 28, 2020, their neighborhood was overrun by protesters and a mob was descending on the McCloskey’s home. The couple waved firearms in front of their home to encourage the protesters to leave. No gun was ever fired at any of the trespassers. Incredibly, Mr. and Mrs. McCloskey were charged with the unlawful use of a weapon even though they feared for their lives. If convicted, they could face up to four years in prison and a fine of $10,000.

As this trend continues and cities like St. Louis, Detroit, San Francisco, Seattle, Portland, Washington D.C., and New York City decline even more, these areas will simultaneously become more similar. They already have much in common politically. Future cooperation will likely continue on issues such as drug legalization, the treatment of homelessness, gun control, permissive law enforcement, and providing a sanctuary and support for illegal aliens. With so much commonality, these cities will forge even closer bonds in the days ahead.

With unworkable policies and massive bureaucracies, these cities will need greater and greater subsidies from productive, tax-paying citizens living in rural and suburban America. Urban areas have been failing financially for many years, but as the policies become more "progressive," the costs are escalating even higher.

In large cities, politicians spend vast sums of money on enormous municipal government systems which include inefficient departments featuring payrolls that are too large and are too expensive. Other characteristics include broken infrastructure, rampant homelessness, and an overly generous municipal pension system.

How much longer will productive taxpayers living in rural and suburban communities agree to subsidize large cities?  Sooner or later, these citizens will say “Enough is enough, we want out!” They will want the urban centers to form their own “United Cities of America,” with their own laws and lifestyles. Simultaneously, Americans living in non-urban areas will want to forge closer bonds of their own as similarities are recognized even more.

The secession of 1860 will not happen again, but a different kind is already taking place.