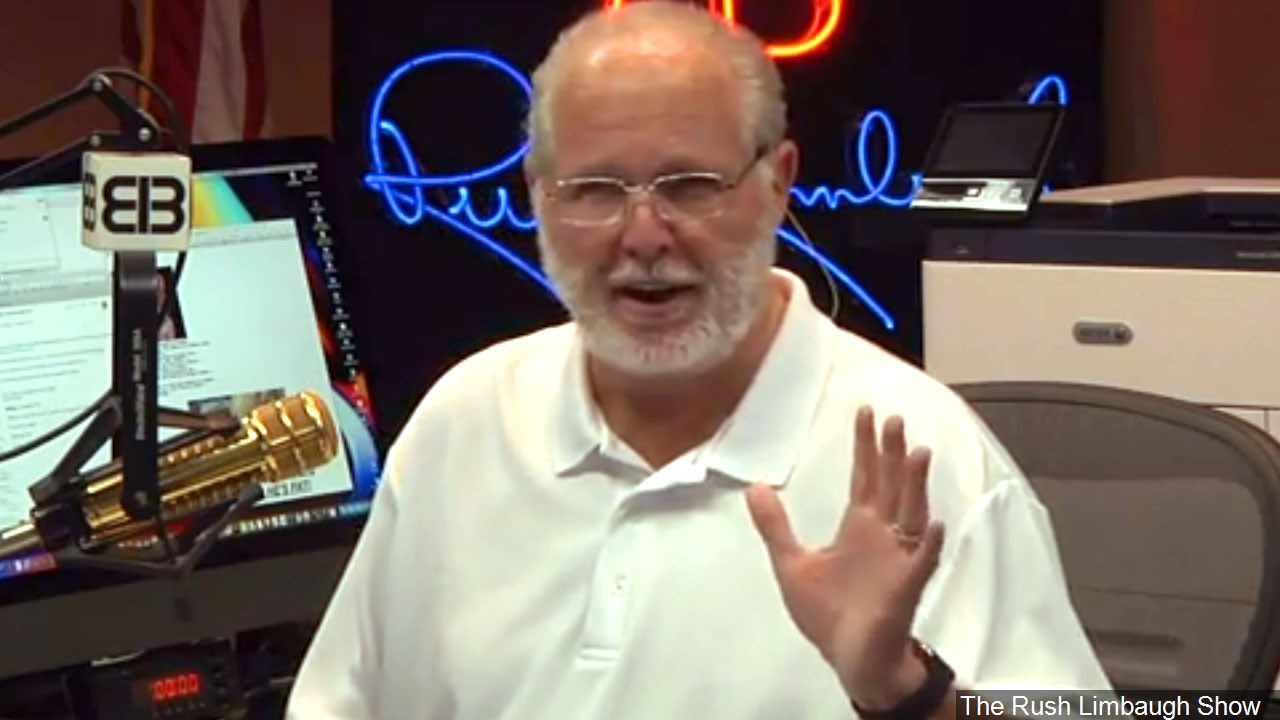 I remember the day that Rush Limbaugh announced that he had been diagnosed with stage-4 lung cancer. I remember where I was, that I pulled over in my van and listened to Rush's somber and sincere announcement. It hit me as if he were one of my dearest friends because that is what he had become. It was Feb. 3, 2020. As the "mayor of Realville," which he often dubbed himself, he shared this unfortunate news with his listeners that day. He really didn't like talking about himself, but he would rather do that than have his radio "friends and family" hear it directly from him.

This diagnosis and the subsequent battle that Rush faced brought an even deeper seriousness to his sense of mission in his life. Rather than giving up, he seemed to increase the intensity of his fight, not only for life itself but for that which he loved as dearly as his life. After receiving what is potentially a death sentence, Rush persisted in what he loved most, his life calling of sharing truth from the "EIB" (1) golden microphone. He wanted to be there for his listeners, his friends, his fellow-Americans. He had the wherewithal to just quit - travel, sit on the beach, or simply sit and pout, but instead, he continued doing what he loved doing.

Since his diagnosis, he frequently said he woke up every day and thanked God that he had woken up and was alive. There is not much that helps us to appreciate life more than facing the reality of its shortness. Even though he often said that he had "talent on loan from God," I believe it was a serious nod of faith to our Creator, even though stated in a curious and slightly humorous way, that some even took as arrogance. It was an acknowledgment of his awareness of where all good gifts come from.

So much can and will be said of this humble giant of a man. He was bigger than life. He has been a very important part of my own life, ever since we started listening to him around 1988-89. He was readily available for around 2-3 hours every weekday, sharing wisdom, insight, anecdotes, and an amazing mix of simple but profound humor and intellectual prowess concerning life, including politics, faith, sports, business.

As many would attest, one of the most endearing things about Rush was his positive attitude. This came from a sincere faith in God, I am sure. There is such pessimism in the world, it was often like a breath of fresh air to hear Rush's upbeat and cheery voice. He was not one to play down or dismiss the reality of the facts, but his vision was from a great perspective, as a soaring eagle looks down at rough mountainous terrain.  As he faced reality head-on, he did so with verve and panache!

And how he loved good humor! Not the kind of trash that many call humor today, witnessed on late-night, stand-up, and many internet trash sites. He could and often did poke fun at the thinking and actions of liberalism. He generally kept it very clean, though at times he skirted the edge as he honestly laid out the foibles and fallacies of the Left's often utterly ridiculous and illogical thoughts and behavior. If you can ever hear any of the many parodies over the years from the Rush show, you won't be disappointed. I can think of a number of them offhand, like the song about the "Yugo" car. He could skewer the false and misguided thinking of progressives with the artful skill of a seasoned swordsman!

For all else that can be said of Rush Limbaugh, he loved our country, the United States of America. We have our problems as a country, but they are not primarily due to the qualities and values of the founding members of our fledgling country at the time of the Revolution. They broke with their "mother country," England, over the cause of freedom and government, and they set in motion arguably the greatest and most beneficial country and government in the history of the world. Rush understood and shared much insight over the years about the beauty of the basic truth of the American Constitution, as well as the foolishness of those who would tear it down and undermine the governing wisdom that we have inherited.

"American Exceptionalism" was a common topic for Rush. It is part of what makes our country so great, and why so many people want to come here. The desire to keep our country great, and always be making it better, was paramount to Rush.

Rush Limbaugh's legendary wisdom and insight into life in America will not be lost, as he has touched so many lives during his career. Hopefully, the treasure of his life's work will continue to be available and shared with generations yet to come. "Rush Limbaugh - A Man, A Legend, A Way of Life." (2)

As an unfortunate side note, I feel most sorry for the masses of people who so deeply hate Rush, for they really do not know him or his thinking. If he was only an "entertainer" as many would often say in not taking him seriously, then why and how could they be so intensely angry and hateful towards him? Their ugly and repulsive reactions are based on a baseless, sham, empty understanding, hearsay from others, or on a horrific point of view that is repugnant and vile, unable to see and know that which is true, good, healthy, and helpful. The hatred directed at him during his life as well as after his death reveals the opposite of a desire to be "unified" or "tolerant" (3) or opposed to hate and bigotry, void of anything that even remotely resembles "love." The truth that he spoke got deeply under their skin. As Rush used to say, he "lived rent-free in the minds" of those who were so obsessed with hating and despising him!

One thing that I feel sad about is that Rush never had any children of his own. God certainly helps determine these things. But I think Rush would have made an incredible "dad." In a way, a very real way, I know Rush has many thousands or even millions of "children," in those who grew up with his voice in their lives, with his wisdom and humor in their ears.

No matter who you are, or what you have, we are all going to come face to face with the end of our lives sooner or later. One could hope to learn to come to that time with such an attitude as Rush had, full of thanks for what he had, and with a heartfelt desire to stay with all those he loved.


NOTES:
1. "Excellence In Broadcasting"
2. https://www.rushlimbaugh.com/daily/2007/08/03/a_man_a_legend_a_way_of_life/
3.
"the ability or willingness to tolerate something, in particular the existence of opinions or behavior that one does not necessarily agree with." (Wikipedia)