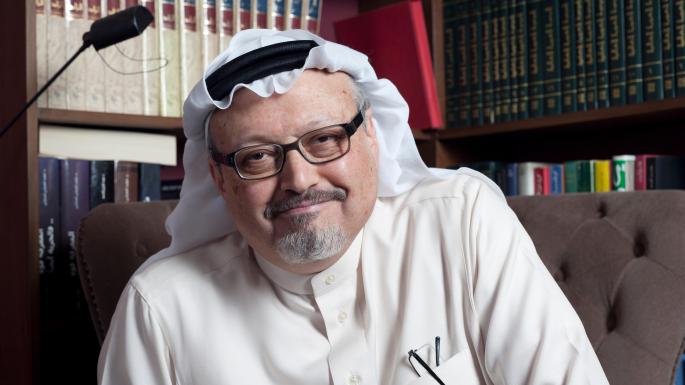 “Saudi Arabian Crown Prince Mohammed bin Salman was responsible for the heinous death of a reporter, Jamal Khashoggi.” The re-issued half-page US Intelligence report proclaimed guilt. There is no evidence and no new information in the report, which was initially released in 2019. However, it is the genesis for a media blitz to banish the Crown Prince from the world stage.

Jamal Khashoggi wrote for the Washington Post. The Post is owned by the richest man in the world, media giant Jeff Bezos. A Muslim Brotherhood propagandist who left Saudi Arabia to live in Turkey before moving to America, Jamal was a former Editor in Chief of the Al-Arab News Channel, an apologist for Islamic terrorism, friends with Osama bin Laden and an unrepentant hater of Israel. He opposed Saudi’s intervention against Iranian-backed rebels in Yemen, was a critic of President Trump, and a detractor of King Salman and Crown Prince Mohammed bin Salman.

While visiting Turkey with his young fiancé, who would have become his 4th wife, Jamal visited the Saudi Embassy in Istanbul for divorce documents. He died at that Embassy under lurid circumstances. It is probable that this was a kidnap that went wrong and he was accidentally killed. The hapless perpetrators panicked which resulted in the gruesome details.

Sherlock Holmes might query - “If the plan was to murder Jamal, why not hire a professional hit near his home in Virginia, rather than send 15 easily traceable Saudi men to Istanbul.” The Crown Prince is an intelligent, well-educated royal. In sophisticated international circles, there are better means to accomplish a murder if that had been the goal.

Former President Donald Trump questioned the Prince in a telephone call at the time. “Did you know anything about it, in terms of the initial planning?” Prince Mohammed said that he did not. “It started at lower levels.” Leaders of the Middle East Kingdoms support the Prince’s version of events. Truth-challenged Congressman Adam Schiff asserts that the Prince has blood on his hands.

President Biden’s poke in the eye to Saudi is a kiss on the hand to Iran. Biden attempts destruction of the Crown Prince on the world stage while seeking to curry favor among the Mullahs before re-negotiations begin regarding the Iran Nuclear Deal, which President Trump left in 2018. Senator Marco Rubio, a member of the Senate Foreign Relations Committee, said “…Biden's reckless approach will fail because the terror-sponsoring regime in Tehran cannot be trusted.”

Animus between Iran and Saudi dates back to claims over who should govern the holy sites of Mecca and Medina. Calling Saudis pariah, Jovial Joe blames Saudi, not the Houthi Iranian-backed terrorists, for the campaign on Saudi’s southern border in Yemen. Iran supplies weapons, including ballistic missiles, to Houthi terrorists in Yemen. Biden terminated US Military support for the Saudi military campaign in Yemen, froze sales of F-35 advance fighter jets to the UAE, and halted precision-guided munitions to Saudi Arabia.

Crown Prince Mohammed bin Salman is the heir apparent to ailing 85-year-old King Salman bin Abdulaziz al Saud, who spends time in a hospital. Biden announced that he will not deal with the Prince, but only with the King.  How Joe intends to deal with the unwell King is problematic.

The intelligence report is half a page, offering no evidence for its conclusion, but claims it brings transparency to the issue. Saudi Ministry of Foreign Affairs issued the following statement: “The Kingdom completely rejects the negative, false, and unacceptable assessment of the report pertaining to the Kingdom’s leadership, and notes that the report contained inaccurate information and conclusions. The Kingdom rejects any measure that infringes upon its leadership, sovereignty, and independence of its judicial system.”

Conclusions in the unclassified intelligence report are based on assumptions, not facts. Nothing new is revealed in this re-examination. That Khashoggi died at the Saudi Embassy in Istanbul is a fact.  However, it is not known how far up the royal ladder that affair climbed.  The report’s assumption that the Prince viewed the newspaper reporter as a threat to the Kingdom is frail. Politically slanted conclusions based on assumptions should not be accepted assessments of truth. Fake news prevails.