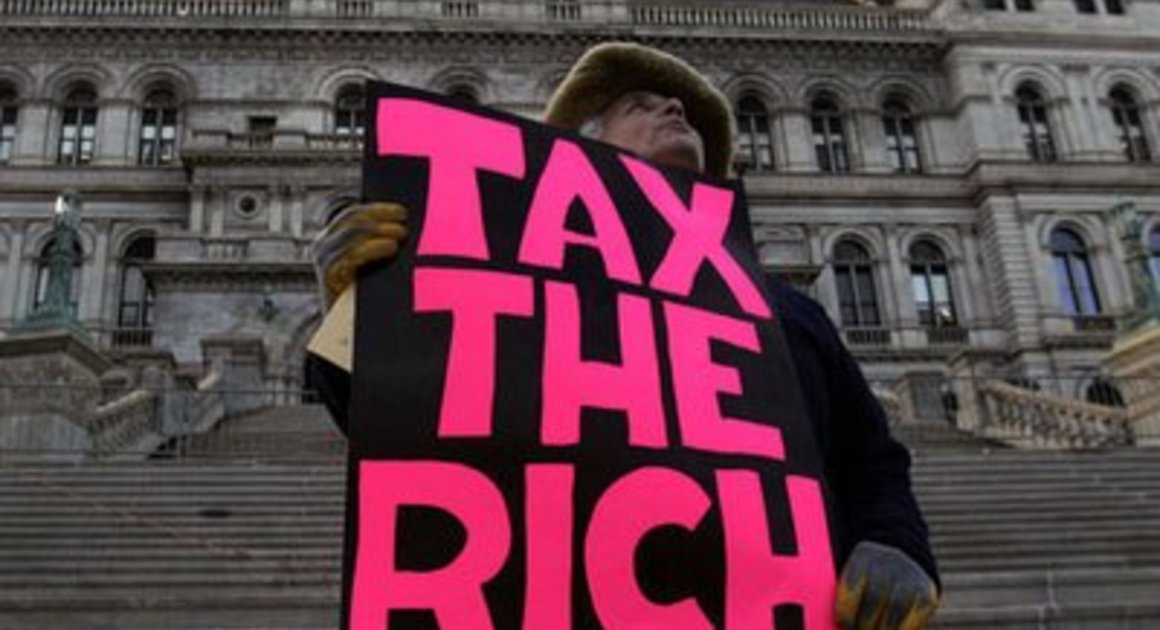 “Tax the rich! Confiscate their wealth!” scream the Democrats.

Wouldn’t you think language like that would make the wealthy and privileged, the rich and famous, natural allies of the Right? Instead, it is just the opposite.

The over-privileged, shamelessly pampered, and largely white ruling class loudly, if somewhat hypocritically, proclaim their groveling pandering to the Marxist extremists of the Radical Dems.

First and foremost is the perhaps naive hope that by prominently waving the red flag of communism they can be protected from becoming its victims.

They see what goes on in communist countries and are smart enough to realize that despite all of the language honoring the proletariat, it is the oligarchs and political commissars who have all the power and the perks.

They also realize that the best way to become and remain one of those is to publicly and ostentatiously support the policies of the radical left while contributing generously to their graft machine.

That’s why the hypocrisy of the leaders of the radical left doesn’t bother the elites. The fact that the founder of BLM uses their “donations” to buy multiple mansions for herself bothers them not one whit. Basically, they would do the same thing in her place.

They understand their “donations” for exactly what they are - bribes. And they are used to spreading those around as the ‘cost of doing business.’

They believe - and usually mistakenly - that their public bribes and ‘protection money' will actually protect them from the Democrat mob when the ruffians go out for another fun night of burning, mayhem, and looting.

It usually does not -  because they never seem to learn that the mob doesn’t care about how much you paid off to their leaders, they are only interested in violence and destruction - because they are, well, a mob.

The second major reason why the Elites support the radical left is due to the way that most of them or their ancestors became elites in the first place - money and power, usually obtained in ways that put them on the same page as today's ruthless Marxists.


"In an economic sense, we can see a common characteristic between elites and communist radicals. They both want to get something for nothing through political control, either by robbing and killing to take other people’s property or by using political means to gain huge wealth through monopoly.

In other words, although gaining their success in free societies, the elites prefer political systems with tight government control, be it Soviet socialism or national socialist (1) regimes - like Nazi Germany or the current Chinese communist party (CCP) regime - because totalitarian nations have something unavailable in liberal democracies: mighty powerbrokers the elites can ally with to gain monopoly.” (2)

The bottom line is that both Communists and Elites share a ruthless pedigree and a cynical goal, that of callously exploiting the masses of blind adherents that Lenin referred to as “useful idiots,” to maintain their wealth, power, and influence in perpetuity, just as brutal tyrants and arrogant overlords have done throughout history.

America is the world's last chance to make sure that there is still one place of refuge for those who still value liberty over subservience and tyranny.

It is up to those of us who still believe in the dignity of achievement and blessings of freedom to make sure that beacon of hope keeps burning.