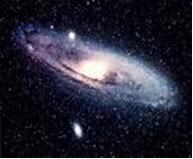 Several seemingly unrelated events this last week conspired to make me aware that I need to better balance reality and hope in my columns. My goal is to report the truth about events that the Liberal media censors. Sometimes that truth can be distressing. I know that my readers realize that God is their source - not the economy, and certainly not the government. But sometimes we all need to be reminded that one of God's names is Jehovah Jireh - "The Lord is Our Provider."

When I speak of "hope" I want to make it clear that I do not refer to the false hope held forth by Obama during his campaign. Hope built on meaningless political slogans and flowery rhetoric is not hope at all. It is just as he said in one of his plagiarized speeches: "Words - just words." I'm speaking of hope that is built on a solid foundation, the words of the Creator of the Universe.

The first event that started me thinking about all of this was when I gave my wife, Ana, last week's article to read. I do this every week before I publish my columns because she helps to keep me balanced. The article was about Obama's use of "Czars" (see LINK below) to circumvent the Constitution by using appointed officials to carry out his secret agenda without the nuisance of public scrutiny. Her uncharacteristic response: "I hate it!"

After catching my breath, I determined that it wasn't the premise or the writing style she hated it. She hated the facts presented in the article.

A few days later I received an Unsubscribe request from a long-time subscriber. With over 250,000 readers every week, this is not an unusual event, and I normally don't even see such requests. But this was brought to my attention by my staff because the lady believes passionately in the Conservative cause.

Her email said that although she was an ardent conservative, she was unsubscribing from all the conservative lists from which she received information. She knew that what she was reading was true, but the truth had just gotten too depressing for her!

The final event was a conversation I had with my twelve-year-old daughter, Sarah. When I pray with her at night, I always open the door for her to tell me whatever is on her heart. Usually it will be something she talked about with her girlfriends, heard on the local Christian radio station that caters to young people, or learned in home school. But Thursday night she got philosophical on me!

She asked me questions like, "What is love?" "How long did God wait to create the Earth?" And, "How did God start, anyway?" When I explained that God has always been, she replied, "Everything has to have a beginning!" The concept of a God Who has always been and will always be was kind of hard for her to wrap her head around.

I told her that because we are finite beings who live in a finite world, we understand things in a finite way. It is hard for us to comprehend an infinite God. But someday we will be able to ask Him face to face all the questions that are so difficult to understand here on earth.

Then I told her about a question that used to keep me awake at night when I was her age. I had started to learn about the stars and the planets. I learned that our solar system, as vast as it is, is just a small part of the Milky Way Galaxy. I also learned that although there are hundreds of galaxies that we can observe, astronomers had reason to believe there might be millions of others that our technology cannot verify. That was OK with my young mind as far as it went.

But then I started to wonder where it all ended. WHERE IS THE EDGE OF THE UNIVERSE? When you get to the end of the last galaxy, what is there after that? After 40 years of pondering that question, I still don't know the answer.

The point to all of this is that although Sarah and I don't know the answers to these questions - the Lord does. And although our national government is in chaos, our economy is uncertain, and many reading this don't know how they will provide for their families - the Lord does.

In past columns we have pointed out the dangers of the path an extremely Liberal president and Congress have set us on - and we will continue to do so. They have spent or committed more money than all the presidents from 1776 until the time Obama took office. Our already dangerously high national debt is on track to double in five years and triple in ten. Since the government has to print worthless money today just to pay the interest on the debt, just imagine how much they will have to increase taxes when the deficit has tripled.

This publication and other Conservative publications, TV stations and radio programs continue to sound the alarm, not to depress Americans. We want to inform you, so that you can do everything in your power to remove traitors from office and elect patriots who will restore our country to the Constitutional Republic it was intended to be.

But while we fight for our freedom, we need to deal with the fallout from the foolish voting decisions many have made, and the laziness or complacency that kept people who knew the stakes away from the polls last November. That means getting our houses in order.

But in the end, our trust is not in our preparations. It is not in our investments or our jobs. And it certainly is not in the foolish, mindless "hope" of so many that "Obama's gonna fix it." Our hope is in the Lord. Philippians 4:19 says that "God will meet all your needs." Now THAT'S hope you can count on.

Us Debt Clock - A MUST SEE Site
http://www.usdebtclock.org/

Wanna Be a Czar?
http://www.conservativetruth.org/article.php?id=1179