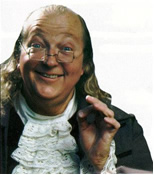 "Here comes the orator! With his flood of words, and his drop of reason." -Benjamin Franklin. Old Ben might have been a prophet, because it sure sounds like he was describing Obama. And now the Orator-in-Chief wants to talk to all of our children – under rather suspicious circumstances.

When I received this short email from subscriber James Green I thought at first that he might be over-reacting. Here is what he had to say:

"Every decent, patriotic-citizen parent should keep their children home from public school on Tuesday, September the 8th when the President of the United States is scheduled to talk to all school children throughout the nation, live. This is not his role and we need to send a clear message to him: 'Leave our children alone.'

"Bringing politics into the elementary school classroom in order to promote his leftist agenda by using children to try and influence their parents is just plain wrong. As innocuous as it may appear on the surface, this is a dangerous path to allow the highest elected official in our country to proceed down. We must not let him get away with it!"

His passion encouraged me to research the situation. As you would expect, I found loud voices on both sides of the debate. But at the end of the day, it appears that Obama will say the same things that teachers tell the kids every day: Work hard, stay in school, make your parents proud. So why did I end up agreeing with Mr. Green that we should join with the millions of parents who will keep their children out of school on Tuesday, September 8th?

First, the timing is extremely suspicious. The more I examined this, the clearer it became that this was a purely political act, one in which our children should not be involved. Obama's personal popularity is the lowest it has been since he took office. The majority of Americans now oppose his Trillion dollar plus health plan because it has become clear that it will add to our tax burden without fixing anything. So Obama thinks he can get some positive press and perhaps get the kiddies to go home and talk nice about him to Mommy and Daddy – the day before he addresses Congress and the nation about Obamacare. A week before – maybe a coincidence. The day before? I don't think so.

Second, Obama has the teacher's union in his pocket. They campaigned for him as if they were Acorn employees. Now he's going to have them campaigning for him in their classrooms! The White House has distributed lesson plans to "guide" the thinking if students before, during and after Obama's speech. Even if he sticks to his prepared speech, this is a transparent attempt to use taxpayer resources and valuable school time to build Obama's image and help him in a political battle. And since most of the teachers belong to the union, he'll have tens of thousands of willing helpers.

Finally, every Socialist nation - Nazi Germany, Cuba, North Korea, China, The Soviet Union – and many others, has used indoctrination of children in two ways. Hitler said that if you start teaching children what you want them to believe when they are very young, you will own their minds forever. Socialists also use children as leverage against their parents. We are not a Socialist nation, but we certainly have a Socialist President who wants us to become one. (He recently appointed Van Jines, a self-described radical Communist, as his "Green Jobs Czar," although he man has never created a job in his life.) Obama knows that to create a Socialist nation he has to create Socialist children. This is the first step – getting them to like him.

Here is the handout the White House provided to School Boards across the nation for teachers to use. In many school systems both the viewing of the speech and the use of the handout has been made mandatory.

"Before the speech:
…Why do you think he (the President) wants to speak to you?
…What can students do to help in our schools?
…Why is it important that we listen to the President and other elected officials, like the mayor, senators, members of congress, or the governor?  Why is what they say important?


(NOTE: We were taught in school to think critically about what leaders say.  Are we changing this important aspect of an educated citizen?)

After the speech:
…Students could discuss their answers to the following questions:
What do you think the President wants us to do?
Does the speech want to make you do anything?
Are we able to do what President Obama is asking of us?

Extension of the speech:
…Write letters to themselves about what they can do to help the President.  These would be collected and redistributed at an appropriate later date by the teacher to make students accountable to their goals.  (NOTE: "Accountable"?!)
…Interview and share about their goals with one another to create a supportive community. (NOTE: What if some disagree with the goals?  Will they be shamed into such a "supportive community"?)
Participate in school wide incentive programs or contests for students who achieve their goals.  (NOTE: Do what the President wants and win prizes!)

No president in history has spoken to the nation's school children during school hours. It would be different if occurred in the evening when the parents could watch it with the children. It wouldn't be as objectionable if parents had to give permission for their children to attend, or at least had the ability to opt their children out. But many school boards are requiring all children to attend Indoctrination 101, regardless of the beliefs of their parents.

Can you imagine the furor if George Bush had done the very same thing as Obama is doing? The liberals would be in hysterics!

I don't think we need to get crazy (or hysterical) over this. But I do agree with Mr. Green that this presents us with a great opportunity to send a message to the nation's Socialist-in-Chief.

Reliable political reporters have stated that Obama's original speech was much more political in nature, and designed to begin to indoctrinate our children into his warped way of thinking. They have reported that he had plans to do these types of indoctrinations several times a year. After Obama's  plans were discovered, the anger from both Democrat and Republican parents has caused him to back off. I expect a fairly typical Obama speech on Tuesday – like Ben Franklin said, a flood of words with a drop of reason. And I'd be surprised if he does an Indoctrination 201.

So our kids aren't in any danger next Tuesday, other than from boredom. But we should still celebrate National Keep Your Child at Home Day for one very important reason. Obama needs to know that our kids are off limits. He can lie to us all day long. We're big enough to decide for ourselves what truth is. Not a day goes by that I don't hear about someone who voted for Obama realizing what a liar he is.

But when millions of kids don't show up for school next Tuesday Obama will get the message loud and clear that we will not tolerate him messing with our kids. And some School Board members will get the message that they'd better keep politics out of the schools, or they won't be re-elected.