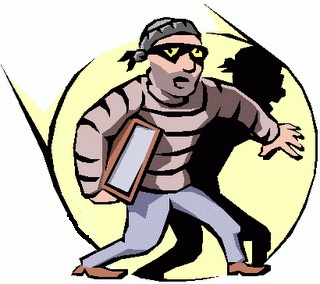 The Union of Soviet Socialist Republics was never anything more than Russia with a "big tent" name. They called it a "Union," but nations only joined after Russia forced them to. And as soon as they added another nation to their union, Russia did two things: they colonized it, and they forced its inhabitants to learn their language.

Ostensibly the purpose for learning Russian was to have a common language for commerce and technology. The real reason, of course, was to change the culture. Conquerors have known for thousands of years that one of the most efficient ways to force people to change their culture is to change their language.

The same thing is happening in America. They have been changing our language for decades in order to change our culture and deny our Christian heritage. But wait a minute. We keep hearing about "they" and "them" all the time, so they must exist. But just who are these nefarious people who are bent on the destruction of the family, apple pie, and the American way of life? Are they the dreaded Liberals? The Humanists? The Atheists? Homosexual activists? Abortionists? Hollywood? College professors? NOW?

We're in a battle for the spiritual life of our nation. The Bible teaches that when you go into battle you had better know your enemy. So allow me to suggest to you that the real enemy is a culture of death that emanates directly from Satan, and is manifested in the many negative forms that we often mistakenly identify as the enemy.

Once we understand that the common denominator in the culture war is death, we can see how language is being perverted in order to wage the war. People who murder unborn babies are called "Pro-Choice." People whose lives are controlled by lust are called "sexually active." Yet half of them have sexually transmitted diseases, many of them potentially fatal. Homosexuals, who often contract AIDS are termed "Gay." Gay means "happy, joyous." When did you last meet a happy, joyous homosexual? And of course those that want to get rid of the elderly call it "euthanasia" (that sounds so much nicer than murder, doesn't it?).

What can we do? For one thing, don't play their game. Call a spade a spade, not an agricultural implement. I don't use insulting words, but I do use the medically correct terminology when referring to homosexuals, for instance. I refuse to call one of the most suicide-prone groups of people in the nation "gays." And I call abortionists and all who support them exactly what they are: Pro-Death.

But far more important, we need to realize that this is a spiritual battle. Whether it is destroying people spiritually through lust or drugs, or murdering them through abortion, "assisted suicide," or AIDS, the enemy of our souls is all about death. Our battle is not with the abortion lobby or NOW or any other human group or individual; it is with the very demons of hell who inspire them and use them to perpetuate a culture of death. (Ephesians 6:12) Jesus, the Life Giver, is the only answer for a nation that has lost its way.