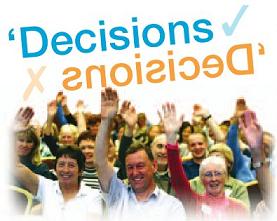 Over the next few weeks Conservatives have to make three decisions with regard to the upcoming elections. The first is actually the easiest – who to vote for. It’s getting easier these days to tell who cares about the Constitution and who cares about themselves and their party. Pick the man or woman who passionately defends the Constitution (and who understands it!) and you won’t go wrong.

The second decision is a little harder – getting off your duff and actually going out to vote on Election Day. Here are some of the reasons you may use to excuse yourself from voting, as so many have in the past:

1) “I’m too busy.” If you’re too busy to vote, you don’t deserve to live in the United States. Voting is not just a privilege – it is an obligation. With citizenship comes responsibilities, and voting is the most sacred of these. Naturalized citizens shame many of us who were born US citizens; rarely do they fail to vote in every election. Many (like my wife who was born in Cuba) have come from countries where they could not vote in free elections, and they know how precious the privilege is.

2) “My vote doesn’t count.” What rubbish! Forget about all the elections that were very close. EVERY election is an accumulation of individual votes. If everyone thought like that, no one would vote. Worse, if all Conservatives thought like that, we would be cursed with people like Obama, Pelosi and Reid forever.

3) “We already have this election locked up.” We don’t. We definitely have the Socialists and Liberals on the run, but many an election has been lost by people who were overconfident. See #2.

The third decision is the most difficult of all for many people – the decision to talk to others about their vote. I don’t have any problem with this. What’s the worst that can happen? Someone might not like me? There are already lots of people who don’t like me, and yet I have survived.

It’s much more important to be a truth-teller than to have a bunch of people like you because they don’t know who you are. And when you consider that the fate of our nation could rest on whether people like you have the guts to tell your friends and neighbors how important this election is, your popularity fades into insignificance.

If you want to waste time talking about the weather or sports, that’s your business.

Let me encourage you that your words do make a difference. Years ago two men in my church were on a construction crew with a man who said he was going to vote for Al Gore. They knew he was a Christian, so they took a few minutes to tell him about Gore’s positions on abortion and homosexual marriage. The man, who had always voted a straight Democrat ticket because his family always had, had no idea of what Gore stood for. But after talking to my friends, he said, “Thank you. I will never vote for that man.”

Five minutes changed one man’s mind. Who knows how many similar conversations may have changed the course of that critical election? Imagine the chaos in our country if Al Gore had been president a few months later on 9-11.