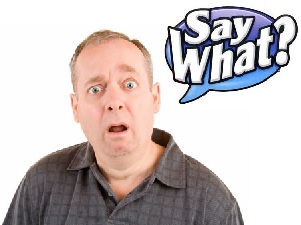 Obama went to Harvard, right? Everyone says he’s a smart guy. Then why is he trying to convince America that raising the debt ceiling will somehow magically LOWER the National Debt? Sounds insane, doesn’t it? But that’s exactly the political hocus-pocus he hopes you will be stupid enough to swallow.

Let’s take a quick trip down memory lane. In 2006 he voted AGAINST raising the debt ceiling. In my opinion, this was probably the only good decision the man ever made in his entire sordid, duplicitous political career. Here’s how he explained his vote to his fellow Senators:

“The fact that we are here today to debate raising America’s debt limit is a sign of leadership failure. It is a sign that the U.S. Government can’t pay its own bills. It is a sign that we now depend on ongoing financial assistance from foreign countries to finance our Government’s reckless fiscal policies. Increasing America’s debt weakens us domestically and internationally. Leadership means that ‘the buck stops here.’ Instead, Washington is shifting the burden of bad choices today onto the backs of our children and grandchildren. America has a debt problem and a failure of leadership. Americans deserve better.”

Of course he didn’t believe a word of what he said. He voted against the increase for purely political reasons. He wanted the debt ceiling raised because he planned to run for president, and wanted to have as much money as possible at his disposal to do just what he is doing today – using taxpayer dollars to finance his reelection campaign. He got permission from the Senate Democratic leadership to vote against the increase because they had enough votes to pass it without his. And he got to make the flowery statement above which convinced many gullible Americans that he cared about America and wanted to keep her from drowning in debt.

None of this is to say that his statement was not (and is not) true. He undoubtedly plagiarized it from some Conservative writer, just as he plagiarized material for his campaign speeches. The fact that the debt ceiling was raised in 2006 WAS a sign of leadership failure. And the fact that this is the FOURTH time in the short time he has been in office is a sure sign of HIS failure to lead.

In 2006 he said that increasing the debt ceiling “…It is a sign that we now depend on ongoing financial assistance from foreign countries to finance our Government’s reckless fiscal policies.” This is absolutely true. In 1998 only 22% of our National Debt was held by foreigners. That percentage has increased by 50% since then because American individuals and Funds have realized the danger of holding US Treasury securities. (Recently the largest US holder of Treasuries, the multi-billion dollar Pimco Fund, dumped all their US debt.) This puts the US in the dangerous position of having foreigners who are often not our friends (China holds 24% of these securities) having the ability to hurt us by dumping US dollars on the market. The Bible warns that “The debtor is slave to the lender.”

Obama’s 2006 comments about “…our Government’s reckless fiscal policies” still ring true today. Since he took office, Obama has increased the National debt by $3.7 Trillion dollars with his reckless fiscal policies. When you realize that the Debt topped $1 Trillion for the first time in 1982 (see chart at right), and that it has taken an average of 2.7 years for it to increase each $1 Trillion since then, Obama’s insane spending tops the charts. No president in history has spent as recklessly as this man. To put this in perspective, since 1982, the average increase in the debt per year has been horrendous: $37 Billion per year. Since Obama has been in office he has increased the Debt by $1.5 Trillion per year – 4 times as much as his predecessors.

In 2006 he continued, “Washington is shifting the burden of bad choices today onto the backs of our children and grandchildren.” That’s what the TEA Party has been trying to tell you, Obama. You are destroying future generations by spending money we don’t have in order to buy votes for your reelection. You started campaigning for reelection on the day you were inaugurated. The problem is that you have been doing it with our taxpayer dollars – and those of our children and grandchildren that have yet to be born.

Obama ended his justification for voting AGAINST any increase in the National Debt by saying, “America has a debt problem and a failure of leadership. Americans deserve better.” We certainly do deserve better – better than you. That’s why I will be voting for ABO in the next election – Anyone But Obama.

Obama is lying through his teeth when he says that the government will default on its debt on August 2, and he is maliciously preying on the fears of seniors when he tells them that they will not get the checks they depend on. There is plenty of money to cover all essential government functions. See my article from last week – “Debt Kills” – for a detailed explanation of how the distribution of the $200 Billion in monthly tax revenues is in Obama’s complete control. (http://conservativetruth.org/article.php?id=2532)

Let me spend our final moments together detailing the shifting positions of the Liar-in-Chief throughout the recent Debt Ceiling debate.

1) In a complete flip-flop from his 2006 attack on increasing the Debt Ceiling, Obama saw the light, and now realized that “Debt is Good.”
2) At the start of the debate, he insisted that the Debt Ceiling must be increased without any conditions or the country would completely fall apart. (Go back and check his statements over the last few months – I’m not making this up.)
3) When he saw that two thirds of Americans were against ANY increase in the Ceiling, he started saying that debt was bad, and that what we needed to do was increase it for a while until we could start decreasing it!
4) After he realized that he was losing the debate, he agreed to some cuts in spending, but he is currently insisting that we must increase the Debt Ceiling at by at least enough to carry us through the next election.

Strangely, Treasury Secretary Timothy Geithner echoed this same demand today, warning of dire consequences if we didn’t increase the ceiling enough to carry us through the next election. This is strange because his job is to protect the financial interests of the United States – not the political career of his boss.

Neither Obama or the Democrats have as of yet put forward any budget or any plan to deal with this contrived “crisis.” I say “contrived because it has been obvious for a long time that we would at some point bump into the $14.3 Trillion Debt Ceiling currently set by law. If they cared about reducing the National Debt and avoiding a crisis, they could easily have done so when the Democrats controlled both Houses of Congress and the White House.

The Republicans, on the other hand, passed a very reasonable bill in the House with the help of a number of Democrats. It provided for a temporary increase in the Debt Ceiling, something they did not want, but agreed to in a spirit of compromise. It also laid the groundwork for a balanced budget, something many of the States require and which has helped them toward fiscal sanity.

The Democrat-controlled Senate rejected the bill, and Obama made it clear the he would never sign such a bill. Why? He does not want a balanced budget. He is happy to see the United States go deeper and deeper into debt each year, because it serves his purposes.

And he is deathly afraid that he will not be reelected. He is certain that he will not win reelection unless the debate over the Debt Ceiling is taken care of now so that he has time to change the agenda and make people forget about it. He knows that if there is a temporary increase in the Debt Ceiling and this whole debate comes up again close to election time, he won’t have a snowball’s chance…

So Obama has made it clear that his primary objective, the one thing he will not bend on is this debate, is that the Debt Ceiling increase must get him through the next election. Obama’s chief of staff, Bill Daley, confirmed Obama’s threats. Daley was asked on NBC’s “Meet the Press” if Obama would veto a plan that doesn’t extend the limit into 2013. Daley answered, “Yes.”

The Republicans and the TEA Party, on the other hand, have shown their willingness to go against their better instincts and temporarily raise the Debt Ceiling to give the nation time to start cutting spending and come up with a plan to balance the budget.

Which do you think has the country’s interests at heart?