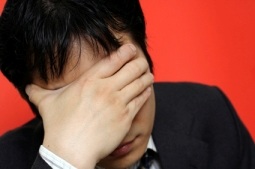 They’re doing their best to make this look like a win, but the Republicans have blown it big time on the Debt Ceiling negotiations. They had the opportunity to use the outrage of the people (65% of whom said, “Don’t raise the Debt Ceiling!”) and they squandered it.

I am not going to take a lot of time today explaining all the lies the President, the Democrat Senate AND the Republican House have been telling regarding this contrived Debt Ceiling crisis. I did that quite well (if I do say so myself) in my previous two article in this space (“Debt Kills” and “Obama: Increase The Debt To Lower The Debt” (see LINKS below if you haven’t read them.)

I use the word “contrived” regarding this crisis advisedly. If Obama had submitted a budget to Congress a year ago, as the law requires him to do, there would be no crisis. Congress would have fought one another and compromised on a budget many months ago. Instead, Obama CHOSE to create a crisis by waiting until the last minute, thinking he could shove whatever he wanted down our throats by scaring Senior Citizens into thinking that somehow because of all this mess they would not get their monthly checks.

As I have said, lying is always bad, but this kind of lie is despicable. For some reason Obama has chosen it as his specialty, and that makes him a despicable man. Along with his Democrat buddies Harry Reid and Nancy Pelosi, this evil trio has told Americans that our planes will fall out of the sky, that cops, firefighters and teachers will lose their jobs, along with other despicable lies – if we don’t allow Obama to borrow $2.4 Trillion more.

Obama tries to make himself out as the “adult” in all this, lecturing Congress about getting along and solving the “crisis” in a bipartisan manner. But in fact, the Republicans and Democrats had a deal over a week ago, and Obama pulled the plug on it (after he had agreed to it) because he couldn’t stand the idea that it had no tax increases included.

Rather than rehashing the problem, I would like to talk about solutions. The solution to our National Debt problem is NOT to raise taxes, as the Lecturer-in-Chief constantly pushes. Folks, a 100% tax on individuals making $250,000 or more would barely dent our annual deficit. And confiscating every penny of the wealth of the individuals who make up the Fortune 400 list of the richest people in America would only lower the National Debt a few per cent.

No, what we desperately need is serious cuts to spending. The ONLY way to solve this crisis is to cure the President and Congress of their addiction to spending. Only by drastically cutting spending can we avoid a collapse of the Dollar, the loss of our status as the World Reserve Currency, and possible Hyper-Inflation in America.

John Stossel did an interesting program on this subject, and I would like to give him and his researchers credit for the great majority of the calculations below. Consider what we would save if we cut spending in these areas:

These moves alone would save $1.7 Trillion! In addition, we could save at least that amount again if we:

Ask yourself what we could survive without. Personally I would be in favor of totally eliminating all the items above, which would cut the majority of our spending and start cutting the National Debt immediately.

But let’s put that aside and consider what it would mean if we “shut the government down.” Contrary to Obama’s lies, under the Constitution he is obligated to pay the interest on the National Debt before anything else. Monthly tax revenues are about $200 Billion each month, and interest on the Debt is $29 Billion. So there goes that lie.

How he spends the other $170 Billion is up to his discretion. But I guarantee you that Grandma will get her social security check, veterans will get paid, the air traffic controllers will keep our skies safe, and millions of teachers, firefighters and police will not be laid off. There go those lies, along with his vicious campaign of scare tactics.

But obviously, without borrowing more, he will be able to spend only about half of what he usually spends each month until he signs a bill that the country can live with. So, ask yourself:

• Would the wheels of commerce stop turning if the FCC and the Department of Education stopped interfering in our lives for a while?
• Would our culture be inalterably devastated if the Smithsonian and our national parks were closed for a few weeks?
• What is it worth to us as a nation to stop being the greatest debtor nation in world history?

If your answer is that you would be willing to sacrifice for a few weeks or months in order to force Obama and the bozos in Washington to stop printing worthless money and start paying off the National Debt, you are a Patriot. If you believe, like Obama, Pelosi and Reid that Big Government knows best and is the answer to all our problems, you are (as Bill O’Reilly would say) a Pinhead.

Friends, our Republic is in terrible trouble. I saw a report two days ago on national television that Apple Computer has more cash reserves than the entire US Government. We are teetering on the brink, and we can’t depend on our elected “public servants” to make the right decisions. We, The People, need to tell them what OUR decision is: “Get us out of debt, or we’ll make sure you’re out of office in the next election!”

Obama: Increase The Debt To Lower The Debt
http://conservativetruth.org/article.php?id=2554