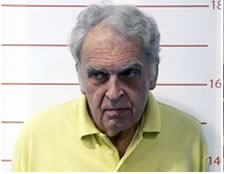 Financial: “Pertaining to or relating to money.”
Pedophile: “A person who molests children.”
Molest: “To harm another person.”

Based on these definitions, what would you call someone who steals the financial future of your children and grandchildren, whether they are alive today or yet to be born? I would call such a person a financial pedophile.

What would you call a group of such people? In our country we would call them the President and the Congress of the United States of America.

Over the last several decades these criminals have systematically stolen our children’s futures and condemned them to be debt slaves by knowingly violating existing federal law, and massively increasing the National Debt. Over the last several weeks, the president and both major parties have demonstrated that they plan to continue their financial pedophilia.

Thanks largely to the TEA Party, most Americans are now aware of the clear and present danger to our national security posed by the mounting National Debt. They no longer believe the liberal professors and economists that in the past have lulled them by proclaiming, “The National Debt is not bad. It allows our economy to expand. We don’t have a problem with the Debt, because the government can always print more money.

The problem is that the government CAN’T keep on spending money. At some point it has to stop. That point will be reached when Uncle Sam can no longer find buyers for its debt instruments.

“What’s debt got to do with it?” people ask me. It has everything to do with whether or not the government can keep on printing bogus money. It’s not really about printing paper money. Most people have this image of government printing presses running 24-7, cranking out paper currency backed by nothing. In fact, over 95% of the dollars created today are digital. We just refer to all of the unconstitutional creation of currency by the Federal Reserve, whether paper or digital, as “printing” money.

The thing that both printed and digital dollars have in common is that they cannot be created unless debt instruments in equal amounts are created. In other words, instead of our currency being backed by Gold, as it was until 1933, it has been backed strictly by debt since then. That is why the US Dollar has lost 96% of its purchasing power since 1933, and why fewer and fewer people and nations trust the Dollar today.

Imagine you have a factory that produces blue jeans. Everything is going well because everyone, from little kids to Grandma likes jeans. So the jeans go out the door as fast as you can produce them. That’s what it was like when the world had confidence in the Dollar.

But things change, and suddenly corduroys are fashionable. You keep making jeans, because that’s what you do, but they start piling up in your factory. After a while boxes of jeans are stacked up to the ceiling in every part of the factory, including the walkways. Production of new jeans stops because your workers don’t have space to move around.

In this scenario, jeans are the Dollar. Corduroys equal Gold. The jammed-up factory is the US Treasury, which is having a harder and harder time selling Treasury Bonds and Bills.

In the past, whenever there was turmoil or crisis in the world, money fled to the Dollar (jeans) because it was considered to be the safest currency in the world. Today when there is fear and instability, the money flows to Gold (corduroys are now in fashion).

Why is this happening? Because the whole world sees the US rushing down the path to destruction. Socialist nations like France and Italy have publicly criticized the US for doing what they have been doing – running up the Debt. Communist China has ridiculed us for our wasteful spending habits. And they are voting with their money. China, in particular has backed off from buying Treasuries, and is instead buying tons of Gold.

The charts above are from the government. They show that last year Obama and Company spent $1.3 Trillion dollars MORE than the government took in from all sources. Put another way, the government outspent revenues by almost 60%. We might be able to survive such insanity if it happened once, and we dramatically cut spending the next year. But we have spent more than we have taken in almost every year since 1980 (that’s called the Deficit). Deficits get added every year to the National Debt.

In 1981 our National Debt was at 32.5% of GDP (Gross Domestic Product). That means that we owed roughly 30% of ALL the goods and services produced by the entire nation in 1980. That was bad.

The situation today is not bad – it is horrendous. As of the end of 2010, the Debt was at 93.2% of GDP. By 2016 we will be at 110% of GDP, according to USGovernmentSpending.com. How long can we survive when we are spending far more than we take in, and our spending is more than the GDP? Obviously, not much longer, unless we rein in the dangerous spending habits of the government.

American citizens and corporations have lost confidence in US Treasuries. In 1988 Americans owned 87% of the public debt, and 13% was held by foreigners. Today Americans own 61% less (53% of the total) and foreigners have increased their share almost four-fold to 47%. There are two problems with this huge increase in foreign ownership of the US. The Bible says that “The debtor is slave to the lender.” The biggest foreign holder of US debt is China, our greatest enemy. It’s very bad for our country when we are debt slaves to our enemies.

The other problem is that other nations are starting to understand what has caused so many Americans to sell their US Treasuries since 1988. Now they are selling, as well. So who will buy Treasuries, if neither Americans nor foreigners want them? Martians?

No. Even though they are supposedly green, we can assume Martians down own greenbacks. Instead, something just as out-of-this-world has been happening. Our biggest customer, the Chinese, started backing away from US Treasuries last year. (They had been using the Billions we gave them for the cheap junk they sell us through WalMart and Radio Shack to buy US debt.) When that happened the US announced that it had a new customer – the Federal Reserve!

Folks, that is crazy. But many Americans were dumb enough to believe it. That would be like you taking $100 from your right pocket, putting it in your left pocket, and then saying that you had loaned yourself $100. In simple terms, that is what you have heard referred to in the news as QE1 and QE2 were all about – the Fed “buying” Treasury instruments from the US Treasury. QE1 and QE2 were a farce, and QE3 (which we will see soon) will be just as farcical, but even more dangerous.

Has anyone noticed that when both QE1 and QE2 began, the stock market responded in a dramatically positive way to all the newly created (but worthless) money flowing into the economy? And that when QE1 and QE2 ended, the stock market crashed and burned? That kind of run-up followed by a crash is eerily similar to the high experienced for a while by crack addicts, after which they crash. These government-driven highs and crashes are just as unhealthy for our economy as they are for the addict. Our government has become addicted to spending. So expect QE3 soon – Obama needs more crack.

So, what’s it going to be, America? Will you continue to allow the government to molest your children and grandchildren? Or will you draw a line in the sand and say, “No more!”

We used to be able to depend on the Republicans to keep the Socialist tendencies of the Democrats in check. But they proved themselves to be unreliable partners in this death struggle as they caved in to Obama on the increase in the Debt Ceiling. (See my articles over the last three weeks on this subject in the Archives of www.ConservativeTruth.org.)

Everyone who loves this country needs to do two things today. Forward this article to every Patriot you know. And call the offices of all your Senators and Congressmen. Tell them you will no longer tolerate pedophilia in government. Don’t threaten them. Make them a solemn promise.