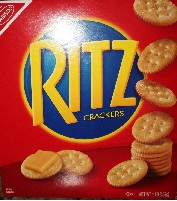 My wife’s mother cried the first time she saw Ritz Crackers in a US store. Why? She had just emigrated to this nation, and eating Ritz Crackers was one of the many good memories she had  of the time when Cuba was still Cuba.

While they still lived under Castro’s oppression, and after they came here, her mother told her many things about the time “When Cuba was Cuba.” She told her about freedom, property rights and individual choice about such things as where one’s children would go to school.

She told my wife wonderful stories about how she and her sister would take the bus to downtown Havana and just look in the stores – even when they had little to spend. She told her about how Cuban citizens were allowed to travel freely, even to stay at seaside hotels.

She told about free elections, churches free of government interference, and happy citizens who were allowed to live their lives in peace. People were able to choose their own careers, and no government bureaucrat told them which school they could attend.

All of those things ended when Castro seized power. I use the word “seized” because he took power with violence. But many Cubans supported his “revolution.” Why?

Castro fooled the people with his fiery speeches. He promised them Hope and Change. He spoke about the corruption of the evil rich people. Little did his supporters know that, like all Socialists, the only ones who would benefit from him stealing from the “rich” would be himself, his family, and top Party members.

I thought about this when Herman Cain spoke at the Iowa Straw Poll this week. He asked the question, “Do you want to someday tell your children and grandchildren about how America used to be?”

Like Cuba once did, we still have a choice. It’s not too late. But unless we get off our collective behinds and start to work hard to defeat Obama, we could find ourselves in a situation like Cubans did. It won’t happen overnight. But if we allow this Socialist another four years to wreak havoc on our freedoms and our economy, we could find ourselves living in a “Worker’s Paradise.”