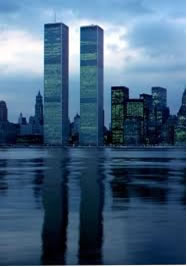 The nine anniversaries of 9-11 have all been sad occasions. Today’s was particularly sad and painful for the Heroes of 9-11, because they were excluded from the tenth anniversary commemoration by order of New York Mayor Michael Bloomberg.

There has been much commentary about Bloomberg shutting out religious figures, with the consensus that the decision was made based on a slavish devotion to political correctness. That part may well be true. But why did he exclude the First Responders, the true Heroes of the attacks on America?

He says it was because he wanted the focus to be on the families of the victims. But of course the First Responders who died had families, too. My opinion is that Bloomberg was just being a politician. He did what politicians do – he played to the largest audience.

Over 2,000 civilian employees of the Twin Towers died that terrible day. But “only” 343 Firefighters and Paramedics, 23 Police Officers and 37 Port Authority Officers perished. Five times as many civilians as First Responders. I guess that justifies Bloomberg’s insult to the Heroes – at least in his small mind.

This country has made saints out of the victims. Whenever their families speak, politicians jump. It would be impossible, even ten years later, for any politician in any of the five boroughs to be elected unless he paid homage to the victims’ families.

But what exactly did the victims do? I mean no disrespect by this, but all they did was go to work. Then they died because of an unspeakable act by Muslims who hate the United States. They didn’t volunteer to die. They just went to work.

The First Responders, on the other hand were true heroes. In the largest rescue mission in the history of the world, thousands of Firefighters, Paramedics and Police and Port Authority Officers knowingly risked their lives to save civilians. And 403 of them gave their lives doing so. The result? An estimated 25,000 people were successfully evacuated from the World Trade Center.

Let’s not forget that 75% of the people who responded that day were not on duty when the planes hit the Twin Towers. They heard the news, and rushed to the site to risk their lives. They got there however they could – by personal cars, subways, cabs, or by hitching rides. All traffic was closed off within a short time, so many of them walked several miles – to risk their lives. The Bible says, “Greater love hath no man than that he lay down his life for a friend. These brave men and women rushed to the WTC to save people they didn’t even know, knowing full well that they might die saving others. That’s real love.

Most of you know that I was a Firefighter-Paramedic for many years, both volunteer and professional. I know well the fear that clutches at the heart of First Responders when they enter a burning building. There’s an old saying that sane people run out of burning buildings, but firefighters run in. It’s not that we’re crazy; it’s because of duty, something Firefighters, Paramedics and Police Officers take very seriously. And it’s obviously something that Bloomberg has no clue about. Otherwise he would realize that he has a duty to honor the First Responders – and also the Chaplains – who risked their lives that day, not just the families of the civilians.

Let’s talk about the police and fire department Chaplains and other ministers who responded to the tragedy. They risked their lives every bit as much as the First Responders. Even though they were not supposed to, many of them were involved in the rescue operations. Some died doing their duty. In fact, the first rescuer officially declared dead that day was a Franciscan Friar. But Bloomberg denied them a part in today’s ceremony, as well, citing the bogus concept of separation of church and state.

The mayor of “America’s City” doesn’t even know the Constitution well enough to know that there is no such thing anywhere in that wonderful document. Yes, we have letters from a few of the Founding Fathers discussing the concept. But they discussed it in terms of protecting the Church from the State, not excluding the Church from involvement in governmental affairs. In fact, one of the first acts of those same Founding Fathers was to declare that every session of Congress would be opened with prayer. And they printed tens of thousands of copies of the Bible at government expense to be distributed to American citizens.

Bloomberg insulted the people who contributed the most to the effort that resulted in saving almost 90% of the people who were in the Twin Towers ten years ago today. Over 300 people spoke at today’s ceremony, but Bloomberg didn’t allow any clergy or any representative of the First Responder agencies to speak. He has lost my respect, and – if the interviews with New York City residents is any indication – the respect of his constituents.