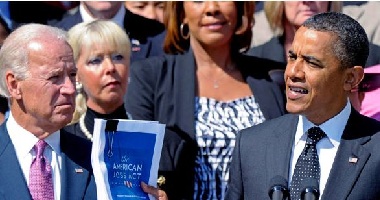 Politicians lie. Not all of them, but a lot of them. If we are to be successful at beating Obama-Biden in the next election, we need to learn to recognize truth and lies.

One way you can do that is by attending the next CPAC event in Orlando. It's not too late to register, and I would love to see you there. Every time I attend I learn important information about how to defend our Reoublic, bothe in the general sessions and in the more intimate breakouts and educational workshops.

I know it's popular to say that you can know when a politician is lying is by seeing if his lips are moving. But this is much too serious for jokes. Lies by politicians, especially the president, can ruin people's lives, entire industries, and - yes - even our nation.

I have long said that we shouldn't even listen to what Obama says - but that we should carefully watch what he does. What he says is immaterial, since he has already declared that he plans to "fundamentally change" our nation. If you watch what he says, and when he says it, you can learn a lot more about his nefarious plans than by listening to his words.

For a Washington “outsider,” Obama sure learned the Beltway’s dirtiest secret quickly: To ensure passage of a bill, give it a name exactly the opposite of what it will do. The “Patriot Act” is a great example of this concept – it was possibly the most unpatriotic bill (and certainly one of the most unconstitutional) ever passed.

The “American Jobs Act” will go down in history as another shining example of this dubious practice. Supposedly a bill that will create jobs, it will in fact kill jobs. But then the bill is not really about jobs at all.

What is it about, then? It has “Jobs” in the title, doesn’t it? It’s really about one thing – Obama wants to use the nation’s desire for jobs to get what he failed to get in the debt ceiling stand-off. He wants to raise taxes, taxes that will kill jobs.

Did you wonder why he gave two speeches about the so-called Jobs Bill? In the first one he told us about all the wonderful jobs the government would create. And, “Oh-by-the-way, I’ll tell you how we will pay for the almost Half-Trillion-Dollar price tag next time we get together.

This is known in sales as the “puppy dog technique.” You tell a family that you will let them keep the puppy for a week, no charge and no obligation. They can decide if they want to buy it at the end of the week. By then everyone (especially Junior) has fallen in love with the puppy, and there is no way that puppy is going to leave that home. So they pay the bill. (Unless it’s ridiculously expensive.)

Obama gave us the “puppy” in the form of a vision of America back at work. He figured that once he got around to telling us how he planned to pay for it we wouldn’t realize that it was – ridiculously expensive. Not just in dollars spent. I don’t think there would be too many people who wouldn’t support even a $500 Billion expenditure, if it was paid for with spending cuts. (And if, of course, it actually created jobs, which this bill cannot do.)

But very few, including Democrats, are in favor of driving the nation ever deeper in debt in the pursuit of the Impossible Dream.

I received an email from a reader the day after Obama’s first speech to the effect that, “Now it’s been verified. Obama is officially insane.” It referred, of course, to the old saying that “Insanity is doing the same thing over and over and expecting a different result the next time.”

Obama spent Trillions on various “Stimulus” programs that produced no jobs. One government loan program he pushed through did create a few jobs – at a cost of $5.2 Million each. And most of those were government jobs which benefit the economy not at all. By comparison, the private sector creates jobs (through expansion, purchasing machinery, etc.) at a cost of $20,500 each. (If you don’t have your calculator handy, the government-created jobs cost 253 times as much as those created by the private sector.)

So what makes him think doing the same-old, same-old will give different results this time? Certainly not facts or logic. As one CNBC commentator put it, “The last jobs bill cost $800 Billion and produced ZERO jobs. This bill will cost half as much. I can do that math. It will produce HALF OF ZERO jobs.”

Everyone expected that he was going to come up with something new, something dramatic, to fix our horrible unemployment problem. The general consensus was that he couldn’t be stupid enough to recycle the same tired old Socialist “solutions.” But that’s exactly what he did. He was careful not to use the word “stimulus,” this time, because everyone knows the various “stimulus” bills failed abysmally to stimulate anything (except his campaign coffers, which were filled by recipients of stimulus funds).

The only good thing I can see coming out of this bill is that it puts another nail in the coffin of Obama’s chances of reelection. With his approval ratings at all-time lows, this ridiculous excuse for a bill will ensure that even more people will vote for OBA (Anyone But Obama) in the next presidential election.

Send Obama an email through the website that he loves so much. Tell him, “American business knows how to create jobs. The US has the highest business tax rate in the world. If you will lower taxes, we can afford to create jobs. Get out of our way and let us do our job.”