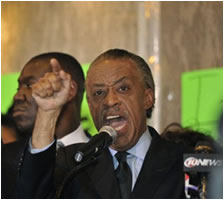 Everyone in the country – and, in fact, in most countries of the world – has heard the name of Trayvon Martin. But have you ever heard the name Delric Wayman Miller? He was a 9 month old baby who was shot in his home. He was black, like Trayvon. So why has Trayvon’s name become a household word, and Delric’s death been ignored? Simply because Delric was murdered by a black man, and Trayvon was shot by a “White Hispanic.”

Almost 50% of the people murdered in the United States every year are black. Over 93% of them are murdered by other blacks. These disturbing statistics are the reason why little Delric’s murder was ignored by the liberal media and liberal politicians. And it explains why the Trayvon case has been hugely over-reported. They want the world to believe that the real problem is whites murdering blacks. They know it’s not true, but it suits their political agenda, so they falsely report the news.

I want to make it clear at the outset that I don’t know the whole truth about the confrontation that ended with the death of Trayvon Martin. I don’t know if George Zimmerman’s actions were justified. But neither do you. And if you listen only to the main news outlets you know less than I do. They have already determined that George Zimmerman is a racist who deliberately murdered Trayvon. I will expose you to some facts and viewpoints that you will never discover without some digging.

I also want to make it clear that I am not in any way a racist. I know that the fact that I defend George Zimmerman’s right to be considered innocent until proven guilty will get me automatically labeled as a racist in certain quarters where ignorance and racial hatred thrive. I pastored a church where almost half the members were black. Prior to that I was the associate pastor of a church where two thirds of the members were black. All the members of those churches, both black and white, will tell you that I loved them and served them regardless of the color of their skin. The only favoritism I showed was when I was assembling the choir for our Christmas and Easter services. I preferred the African Americans because they sang better!

The phrase “White Hispanic” sums up the gross injustice perpetrated by the media, political figures, and mob leaders like “Reverend” Jesse Jackson and “Reverend” Al Sharpton. (I put the word Reverend in quotes because these two men do not function as ministers. They are professional mob leaders who leap at every opportunity to get their ugly faces on camera, whip up hate-filled mobs and increase racial tensions. Both of them should have been arrested many times over for inciting riots, but no police agency will touch them because they are “Civil Rights Leaders.”)

The “White Hispanic” label was invented by the New York Times because their goal was to make this case into a “White on Black” hate crime. The problem is that Zimmerman is not “White” but is, in fact, a minority himself (he’s half Hispanic). That didn’t work for the biased New York Times, so they dubbed him a “White Hispanic” so that their hate narrative could go forward.

The liberal media and their high priests (the liberal politicians) never talk about Black on Black crimes. They don’t want air their dirty laundry in public. And they certainly don’t want any coverage of Black on White crimes. That would really destroy favorite lie, which is that there has been no progress on civil rights in this country, and that white racists routinely gun down blacks on our streets for sport.

Public figures, who should know better, have called for the arrest of George Zimmerman. The Sanford police have investigated the shooting; they brought Zimmerman in for questioning; and they questioned an eyewitness who saw Trayvon brutally beating Zimmerman. (Yes, regardless of the lies repeated over and over on TV by the race-baiters and Democrat politicians, Zimmerman WAS taken into custody. They claim he was never even questioned except briefly at the scene. Pure lies.  He was handcuffed, taken to the station and questioned.

After their investigation the police released him, presumably with the approval of the lawyers in the District Attorney’s office (which would be normal in a case like this). So for these politicians to shout that Zimmerman should be arrested is to add their shrill voices to the mob rule that has overshadowed this case.

The reprehensible Black Panthers have literally put a bounty on his head. To keep from being arrested themselves, they have offered a $1 Million dollar reward for the “arrest” of George Zimmerman. But everyone knows that these thugs are actually calling for his murder, and that they will reward the person who pulls the trigger. In fact, a Panther spokesman dressed in a military uniform, screamed at TC cameras, “They kill on of ours, we gonna kill one of theirs.”

On a side note, I have had personal experience with the Black Panthers. In the mid-sixties when I was a Marine stationed in Southern California, the Panthers murdered several white Marines for no other reason than that they were white. For months white Marines were not allowed by the brass to leave the base unless they went in groups to protect one another from the Black Panthers. So you can see why I’m not a fan.

The mob conveniently forgets the most sacred principle of our legal system, which is that everyone is innocent until proven guilty. It is a tragedy that Trayvon was shot. There is no dispute about that. But the evidence points to the fact that Zimmerman shot him because he was in fear for his life. His nose was broken by Trayvon, and the gashes on the back of his head support his contention that Trayvon repeatedly banged his head on the sidewalk after breaking his nose and knowing him to the ground. This account is supported by the eyewitness who called 911. If this account is true, and all the evidence supports it, then Zimmerman acted in self-defense.

The politicos and media point to a petition on Change.org that got 250,000 signatures on a petition to “Prosecute the killer of 17-year-old Trayvon Martin” The website, by the way, features numerous petitions supporting Homosexual, Bi-Sexual and “Trans-Gender” issues. (The homosexual petitions got far more signatures than Trayvon’s.) It has PETA petitions, and one really ridiculous one to the Girls Scouts: “Make your cookies rain-forest safe.” What does that even mean?

But even if the website was not a slobbering monument to everything liberal, even if it was a legitimate site – what difference does it make if 250,000 uninformed individuals, people who don’t know the facts that the police and District Attorney are privy to, support arresting or killing George Zimmerman? What if they put up a petition calling for the lynching of a black man for kissing a white girl? That used to happen in this country. Do we want that kind of mob rule to rear its ugly head again? 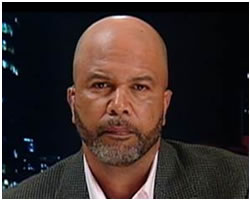 The mob screams that George Zimmerman is a racist, without a scintilla of evidence to back up their wild claims. Joe Oliver, a black man, has been friends with George Zimmerman for 6 years. “George is not a racist. He has never expressed negative racial feelings towards African-Americans. In fact, he tutors and mentors black children. I know him to be a kind, gentle and caring individual, one who I trusted with my own child. I wouldn’t put myself on the line defending George unless I knew in my heart that he was in a life and death situation when he pulled the trigger.”

Then there is the matter of the photographs. The petition site uses the same photo provided by the Martins’ attorney, the same one used all over the web and on almost every newscast. The problem is that Trayvon was an athletic young man when he attacked George Zimmerman. But the dishonest lawyer didn’t provide a current photo. He deliberately chose one that portrayed Trayvon as a slender, almost angelic looking child, reinforcing the false image of a large “White Hispanic” thug confronting a small black boy armed only with Skittles.

The only photo they show of George Zimmerman is also old – 7 years old to be exact. In it Zimmerman is overweight and unhappy looking. He almost looks angry, which is exactly the image they want to project about him, because it fits with their narrative that he is an angry white racist.

Fortunately there are a minority of honest people in the media and the blogosphere, and more honest pictures are starting to appear. These show Trayvon in real life TODAY – not as a child – and he is clearly a strong young man who played high school football. One photo shows him shirtless with well-defined muscles and an elaborate tattoo. There are also many other pictures of George Zimmerman when he is not distraught over having shot a young man. He appears to be a pleasant, happy man.

Instead of current photos, which give a completely different (and far more accurate) portrayal of the two? 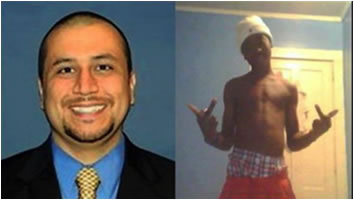 And what about the way the mob portrays these two individuals? Trayvon is always referred to as a “17-year-old high school student.” The distinct impression from their comments is that he was an angelic child who never caused anyone a moment’s trouble. No mention is made of his expulsion from high school on drug charges. 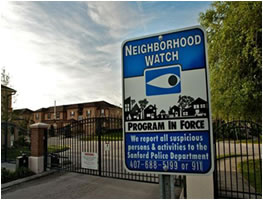 Abraham Lincoln gave a speech in 1838 that could well have been about the situation we have discussed today. He said, in part, “I hope I am over wary; but if I am not, there is even now something of ill omen amongst us. I mean the increasing disregard for law which pervades the country — the growing disposition to substitute the wild and furious passions in lieu of the sober judgment of courts, and the worse than savage mobs for the executive ministers of justice. This disposition is awfully fearful in any community; and that it now exists in ours, though grating to our feelings to admit, it would be a violation of truth and an insult to our intelligence to deny. Accounts of outrages committed by mobs form the every-day news of the times.”

In his speech Lincoln goes on to warn that when a mob (such as the ones incited by Jesse Jackson and Al Sharpton) convicts someone without due process, they will often convict unjustly. And someday the people who are unjustly accused and convicted may be the very persons pointing the finger today.

Unfortunately our current president does not have the same moral values as Abraham Lincoln. In fact, his presidential campaign is taking advantage of the tragedy to get money for his campaign. The “Hoody” type sweatshirt has become the symbol of the mob that wants to overturn the rule of law and force the prosecution of George Zimmerman by making politicians fearful if they don’t bow to mob pressure. So it is no coincidence that Obama’s re-election campaign took to Twitter this week to market Obama campaign hoodies. The campaign tweet said: “Let everyone know whose team you’re on for 2012 with today’s merchandise steal: the college-style hooded sweatshirt.” 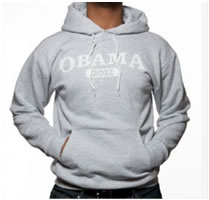 The campaign took the unusual step of removing the Tweet after thousands complained that Obama was capitalizing on Trayvon’s death. I wonder why they did this if, as they claim, they had nothing to hide?