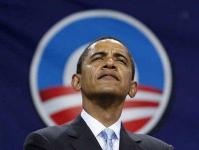 I have often shared with audiences the fact that presidents do in their second terms what they really wanted to do in their first terms.  The reason they wait is that they know if they did these things in Term One, they would never be elected to Term Two.

This election has been described by many patriots as the most crucial in our history. This statement is not an exaggeration.  Once you understand what this man plans to do in the next four years, you will do everything in your power to see that he does not get four more years.

The vast majority of Americans have no clue that Obama's entire first term (in addition to getting reelected) was designed to accomplish one purpose: the establishment of a dictatorial presidency. I know that sounds like an overstatement, but please consider the facts.

Have you wondered why Obama has put no effort into the reelection campaigns of either existing Democratic congressmen and senators, or Democrats running against incumbent Republicans?  This is unheard of.  Presidential candidates consistently help fund campaigns to secure their bid for Congress, usually donating some of the money gathered by the presidential campaign to help in tight races.  They need those partners to advance their agendas.  Obama has done neither.

The reason Obama doesn’t care if Democrats get elected?  Simply put, he doesn’t need them. Whichever party controls Congress, Obama will control the nation, because he has made Congress irrelevant.

He told us frankly that he would “transform America.”  Many foolish people thought that would be a good thing.  But if you love America and respect her Constitution, why would you want to “transform” her?  Help her become the nation that God intended - yes.  Reform bureaucracies and dismantle agencies that violate the Constitution – of course.  But Obama’s intentions are not beneficial toward America. The word “transform” is a call to action to his fellow Socialists who despise the United States and her freedoms.

In his first two years in office the Democrats had absolute control of both houses of Congress. He used this power to pass laws, and those who voted for them lacked understanding of what the laws actually meant.  These laws gave unprecedented power to the executive branch of government.

Most bills passed by Congress in our early days were a few paragraphs or a few pages long.  As time went on and our government grew, those bills grew longer and more complex.  But multi-thousand page laws have become a favorite tactic of the Obama administration to mislead the public.  For example, the 2,700 page “Patient Protection and Affordable Care Act” informally referred to as “Obamacare” is 450 times longer than the entire Constitution, including the Bill of Rights.

What’s wrong with that?  Nothing, if you don’t care about the fact that your representatives cast their votes with limited understanding of the bill.  Most honest representatives admit that they couldn’t possibly read, much less comprehend, the bills they pass.  They depend on staff (unelected bureaucrats) to advise them on whether or not they should vote for a bill.  In many cases, the staff members do not read the bills, either. They depend on what lobbyists or party leaders tell them to do.

And then, of course, there is the “Pelosi Option.”  The Democratic Speaker of the House at the time Obamacare was rammed through Congress advised, “Let’s pass the bill and then we can see what’s in it.”  I kid you not.  If you don’t believe me, see the LINK at the end of this article.

In the early days of Christianity “professional clergy” insisted that the Bible only be available in Latin. Why?  Because then only the priests could translate to the people what the Bible said.  Doctors and lawyers picked up on this tactic, using Latin so that no one would know what they were talking about (or what they were doing to us).  Some churches still conduct services in languages that the people don’t understand, and much of modern legal and medical terminology is still in Latin.

Like these priests, doctors and lawyers, Obama has passed laws and regulations that are deliberately complex and vague so that only his administration can interpret them.  Consider these facts…

The 2,300 Dodd-Frank “Financial Reform Act” (authored by a financial criminal who took bribes while in office, and a homosexual who molested House pages) gives almost unlimited power to a huge list of unelected bureaucrats.  These people – who answer not to “We, the People,” but only to the president – will control the nation's banks, insurance companies and investment firms.  It creates entire new agencies, such as the Consumer Financial Protection Bureau, that will not be subject to oversight by Congress or anyone else – except Obama.

This has been a pattern since Obama took office, because he knows that it is almost impossible to take back power once it has been usurped.  In addition to passing a multitude of laws such as the ones mentioned above, he has created regulations that have the force of law through the use of massive federal bureaucracy.  For instance, nearly every week the Environmental Protection Agency issues a new regulation that changes existing environmental laws passed by Congress. This has the effect of imposing Obama’s ultra-radical “green” agenda.  The same types of regulations have been enacted by other cabinet-level departments, including Education, Energy, Treasury, Interior, Health and Human Service to name a few.

Obama has also used the power of the Executive Order more than any past president, and in ways never contemplated by our Founders. The effect of all of Obama’s unconstitutional actions has been to gather unprecedented power for the Executive Branch. He has, in truth, made Congress nothing more than a nuisance to his imperial presidency.

Congress has been duped into granting the Executive Branch a Machiavellian power, and in the event Obama is reelected, it will be impossible to take this power back for the people. The reason he has not bothered to help fellow Democrats in this election is that he knows even a complete sweep of both houses of Congress by Republicans cannot hurt him.  All he needs are roughly 1/3 of the House and the Senate on his side.  With those members he can override any veto.  Between diehard Democrats that would vote for Hitler if he were the party nominee, and more moderate Democrats who are intimidated by his Chicago gangster-style “persuasion,” Obama will be “Untouchable.”

Even a Republican-controlled Congress has only two powers one might think would be of concern to Obama.  One is the Senate’s power to “advise and consent” concerning Cabinet and other high-level presidential appointments.  As described in earlier articles I have written here, Obama has that covered.  He has appointed more “czars” than the last five presidents combined. The difference is that Obama’s czars have been bestowed with more power than most Cabinet officials.  So he can stonewall the Senate on appointments with impunity.

The other power of Congress is the “power of the purse.”  All federal government spending must be approved by Congress.  But clearly Obama is not worried by that one, either.  The immense control over all areas of our lives that has been granted to the Executive by Congress, and which has been massively increased by Executive Orders and bureaucratic regulations, make Obama bulletproof.  He will not hesitate to threaten government shutdowns or threaten to withhold government checks to millions of Americans as a way to keep Congress in line.

What about the courts?  Obama has shown his contempt for the courts by ignoring their orders on numerous occasions.  Not even the Supreme Court frightens him.  What can they do if he defies them?  Send troops to arrest the Commander-in-Chief?  Obama has shown no fear of anyone or anything in his first term.  Imagine what he will be like in a second one.

Our Founding Fathers stated that the form of government they left us was designed for a moral and religious people, and that it was unsuited for any other.  But they hedged their bets. Realizing that government cannot enforce morality, they devised checks and balances that worked for hundreds of years.  As any student of the Constitution knows, these included three separate branches of government that would keep each other in line.

They also encouraged us to choose Christians as our leaders, knowing that the ultimate safety net for the people was having office-holders who were people of integrity and strong moral character.  They never imagined that we would be so foolish as to elect an amoral person like Obama, who would work feverishly to undermine all the safeguards they had established.

As we all know, the media has slavishly worshipped at the throne of Obama since he first announced his candidacy.  Until a recent brief appearance in the Press Room, he held not one press conference with the White House press corps in the course of two months.  He arrogantly ignored them, instead granting interviews to entertainment media who know nothing of politics.

In one of those interviews, the toughest question the reporter could think of to ask was a ludicrous, “What super-power would you like to have?”  He already has a super-power – the power to single-handedly make laws.  His administration is on record on several occasions as stating that if Congress does not cooperate with his policies, he will circumvent them using his executive powers.  That is one promise he has kept.

Barack Hussein Obama is the most dangerous person to ever occupy the Oval Office.  Electing him the first time can be explained by voter apathy, general stupidity, and Americans being fooled by charismatic oratory.  Reelecting him would be like the Titanic backing up and ramming itself into the iceberg a second time.

Pelosi – In Her Own Words…
http://www.youtube.com/watch?v=KoE1R-xH5To

Scary Treaty that Obama Will Sign in his Second Term
http://lonelyconservative.com/2012/05/senate-democrats-quietly-put-law-of-the-sea-treaty-on-hold-until-after-election/