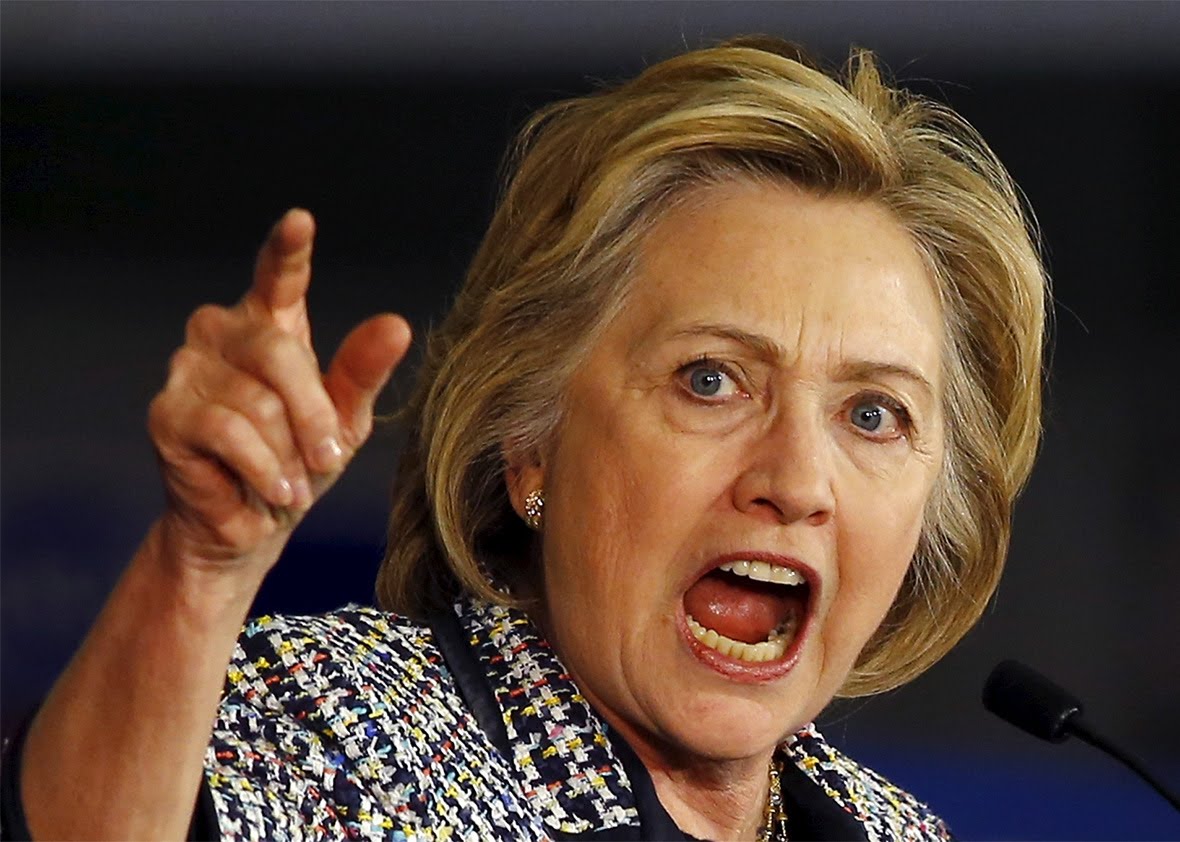 By all accounts US Attorney General Loretta Lynch was an effective, honest prosecutor in her former life. But we all know the corrosive effect of associating with people like Obama and Hillary can have on a person's integrity. Obama is her boss; she describes Hillary as a friend. So it is no surprise that she would do something that even she now admits was "inappropriate" and has "cast a shadow" on her agency's criminal investigation of Clinton.

This meeting was never supposed to be made public. Great care was taken to arrange it and keep it secret. Lynch even ordered her FBI security detail to help her maintain the secret. But a reporter got a tip and blew the whole thing wide open. Since then both the Obama administration and the Clinton campaign have been scrambling to:

1)      Pretend that the meeting was intended to be made known to the public.
2)      Come up with plausible reasons why it took place at all.
3)      Claim that nothing about the criminal investigation of Hillary was discussed.

Here are the (inconvenient) facts:

1) Lynch met secretly with ex-president Bill Clinton for 30 minutes in a private executive jet at the Phoenix Airport. FBI agents kept everyone away from the plane, and ordered bystanders not to take pictures or use cell phones. This was both suspicious, and a violation of the First Amendment.

2) At a press conference Lynch tried to give the impression that this was a chance meeting "at the airport." If they just both happened to be walking inside the airport and ran into each other, that would be understandable. But this meeting took place in a high-security area on the tarmac. It had to be well-planned and timed, especially since both parties have security teams that have to check every meeting place for possible threats.

3) Lynch claims that they discussed their grandchildren and golf. It doesn't take 30 minutes for that kind of chit-chat. And if the meeting was so innocent, why did all of Lynch's staff and security have to exit the plane before Bill Clinton was clandestinely ushered aboard. Why all the secrecy?

4) The most important aspect of this is that Lynch should never have met with the husband of someone her agency is investigating for criminal activity. In fact, Bill Clinton himself may be implicated in the investigation. (It certainly wouldn't be the first time he has engaged in improprieties.) Hillary has said several times that the illegal email server was Bill's and that she just used it. But whether she was meeting with the spouse of a possible defendant or whether Bill himself might be involved, it was beyond foolish for Lynch to have met with the ex-president.

I don't know what was discussed in secret on that plane. But I do know that the fact that the secret meeting became public has damaged Lynch's credibility, and - as she herself said - "cast a cloud" over the investigation.

We know they lied about the meeting happening by chance. They both knew when the other's planes would arrive, and they carefully planned the encounter. But even if the meeting itself was totally innocent, due to the circumstances few will believe it. The Bible says to avoid even the appearance of evil. Both of these people are attorneys. Even if they don't believe in the Bible, their Code of Ethics tells them to avoid the appearance of impropriety.

If they really wanted to chat about golf and their grandchildren, they could have done that on the phone. The fact that they felt it necessary to meet in a clandestine way in a government aircraft that had been swept for listening devices indicates that the conversation was much more serious. Was it about Bill and Hillary's possible criminal indictment and prosecution? We will never know.

One thing we do know, because she said so: Lynch regrets having the meeting, and acknowledged that it was a “mistake.” There was such an outcry among both Democrats and Republicans, including demands that she recuse herself from the case, that at first she announced that she would leave the decision of whether to indict Hillary on criminal charges to the FBI. She quickly backed off from that statement later in the day, announcing that the FBI and “career prosecutors” in her office would make the call and she would accept the recommendation.

Finally – presumably after a call from the White House she back pedaled once more. The latest is that she will listen to the “recommendations” of the FBI and her prosecutors, but that she will make the final decision. If ever a situation cried out for a Special Independent Prosecutor, this is it.

The timing of this meeting is very suspicious. While claiming that she wanted to be interviewed by the FBI, Hillary has stone-walled and delayed the meeting for a year. Then suddenly, three days after the secret meeting between her husband and Lynch, the surprise announcement comes that Hillary has been interviewed by FBI agents. Could it be that Lynch told Bill to tell Hillary to agree to the interview, because there was nothing to worry about? Again, we will never know unless Hillary gives her heart to the Lord and decides to tell the truth for the first time in her life.

Hillary’s statement to the press was in her usual style. She can’t handle questions from reporters, so it has been 7 months – over 200 days since her last press conference. Instead, she called a friendly network reporter and – following the agreed-upon talking points – claimed that the meeting was a “chance encounter.” Though she wasn’t there, she used exactly the same language the White House, Lynch and her husband used in describing the topics of discussion – grandchildren and golf. Most telling, she continued to refer to the criminal investigation as a “security review,” even though FBI Director Comey has stated publicly that the FBI never does security reviews – they investigate crimes.

The Clinton's have always felt - and acted - as if they were above the law. If there is anything Obama learned from the Clintons it is that if he just smiles and keeps repeating the same lies over and over again, he will get away with it. This secret meeting between Obama's Attorney General and the slickest politician on the planet only underscores the truth that the Clintons and Obama can get away with anything - unless we stop electing corrupt liars.