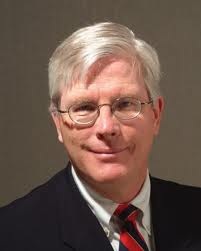 Hugh Hewitt is an author, talk show host, attorney and a Professor of Constitutional Law. The last two of his qualifications are the ones that make the book we will talk about today so accurate. It is written like a legal brief that must be defended against vigorous attacks, and so each is meticulously documented. This book, containing 200 pages of text, has almost 45 pages of footnotes that document every one of the important facts detailed in the book.

But don’t think for a moment that this is just another humdrum political document. It is fascinating reading.  Furthermore, his writing is never one-sided. Although Hewitt is definitely a Conservative, he is fair and does Obama justice by using facts (and Obama’s own words) instead of attacks. Being factual  is what makes his writing ideal for its intended purpose: convincing the one million Americans that need to be persuaded to vote for Mitt Romney so that we can once again have a Conservative in the White House.

The figure I mention, one million Americans, stems from a very interesting interview of Hewitt I saw on Book TV. I won’t go into all the details here (read the book!), but I will say that I believe Hewitt is correct in his analysis of which states will vote for which candidate and which are “swing” states. For instance, Texas and North Carolina (among many others) will vote for Romney and Ryan, no matter how much ill-gotten money Obama spends there. And, as I have said in these pages before, the Democrats could run the reincarnation of Adolf Hitler and be sure of gaining the electoral votes of New York and California. This is not because all New Yorkers and Californians are idiots – just the majority of them. And the majority will decide which candidate will receive all of those states’ electoral votes.

He goes on to analyze which states each candidate must win in order to reach the magic number of 270 electoral votes, and he shows clearly that this is Romney’s race to lose. Obama has done such a rotten job that all Romney needs to do is convince a small number of voters that he will uphold the Constitution, and he will be our next president.

The bottom line of Hewitt’s analysis is that, notwithstanding the polls which generally show the two candidates in a tie within the margin of error (or occasionally show Obama a few percentage points ahead of Romney) there are actually only about one million “undecided” voters that need to be persuaded that Romney and Ryan can save America. These one million people will decide this election.

The reasons we can’t trust the polls this early are:

1) Most of them “over sample” Democrats. This means that, instead of polling equal numbers of registered Democrats and Republicans, they poll a higher percentage of Democrats (sometimes as much as 9% more); given this methodology, it is obvious Obama will seem to have an edge in these types of skewed polls. The reason why the polling is done this way is the subject for another article.

2) For a time, the polling organizations can hide their incompetence (or outright partisanship) behind the fickle nature of voters. “They said they would vote this way, but obviously they changed their minds.” Eventually, however, they will start to poll honestly in the interests of their own economic well-being. Typically this happens about two weeks before the election. For the reasons cited here, most people give little credence to polling for the most part, until shortly before the election. But if by that time the liberal news organizations are predicting a big win for Obama and he loses, no one will pay them for their polls the next time around.

If Hewitt is right, and I – along with many other Conservative commentators believe he is – this will be a tight race. I have seen estimates anywhere from 5% to an outlandishly high  18% of voters termed “undecided.” That span is due in part to many people, though knowing exactly for whom they will vote, choosing not to share that information with pollsters.

The other reason is that there are many voters who realize that Obama has been an atrocious president, the worst since FDR. It is their hope that Romney would be better, but need to be convinced. Call them the “persuadable” voters.

The most important short book that I can recommend that you get (quickly), read thoroughly, and pass on to persuadable friends is “The Brief Against Obama.” In his incisive, humorous way Hewitt details the major reasons why Obama has failed utterly to keep any of his campaign promises (except his promise to cut our military by 50%), and why he does not deserve any American’s vote. The idea for the book was conceived when he asked listeners to his radio show to send him reasons why Obama should not be re-elected. Out of the hundreds of ideas these Patriots sent in, he chose 25. Those 25 became the chapter headings for the book. Rather than describing the book further, I will simply list the chapter headings. These will show you why you need to get and use this book:

1) The Nightmare of Obamacare
2) A Failed “Stimulus”
3) Doubling Down on Failure: “Stimulus 2.0”
4) The Biggest Spendthrift – in History
5) The Community Organizer Collapses Housing
6) Swelling the Rolls of the Unemployed
7) Soaring Gas Prices and Energy Scams
8) The “Dodd-Frank” Head Fake: Inmates Keep the Asylum
9) The “Fast and Furious” Debacle and Cover-Up
10) The President's Attacks on Catholics, Congress, and the Constitution

11)  Standing by While Iranians Die; Or Learning to Love the Mullahs and Their Bomb
12)  Abandoning Israel to Its Fate
13)  Hollowing Out the American Military
14) “Resetting” Russia Back to Great Power Status
15)  Abandoning Iraq and Afghanistan
16)  Ignoring the Border
17)  Bowing to China
18)  Ignoring North Korea
19)  Naïveté and the Arab Spring
20)  Gitmo and the Trial of Terrorists

21) The Hyper-partisanship of a Chicago Ward Heeler: Obama Is the Most    Destructively Partisan President of the Past 40 Years
22) The Unilateralism of an Anti-Constitutional President
23) The Smartest President Ever? The Fumbler-in-Chief and His Lazy, Soft Countrymen
24) Avoiding the Fecklessness Argument: Martha's Vineyard, Presidential Bracketology and Commander-in-Chief Golf
25) The “Decline and Despair" President

While he is direct and truthful, Hugh Hewitt is not mean-spirited. Near the end of “The Brief Against Obama” Hewitt exhorts his readers to “Pray for a long and happy life for the president and his wife, children, and eventually grandchildren. Pray that he finds good and important work to do.”

Amen. Former presidents often go on to do good works. Let us pray together that Obama will be doing his back in Chicago starting next January.