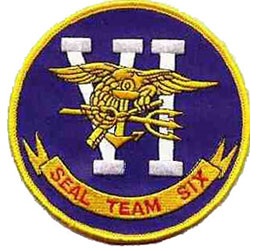 Obama has become famous for his insipid insult to business owners and professionals everywhere: “If you have a business – you didn’t build that!” Well, I have news for him. Even though he thumps his chest almost every day about it, he didn’t kill Osama bin Laden.

I usually write this column over the weekend. This week I decided to wait until after the final presidential debate. The theme of this debate was supposed to be foreign policy. Obama’s problem is that his entire fait accompli in foreign policy can be summarized in two statements: “I killed bin Laden” and “I decimated al-Qaeda.” Both of these statements are patently false. While I don’t want to call the president a liar, suffice it to say that he seems to be incapable of telling the truth.

If Obama didn’t kill Osama bin Laden, who did? Well, obviously Seal Team Six did the job. At serious risk to their own lives they entered hostile territory to take out the mastermind behind the World Trade Center and Pentagon attacks on 9/11/2001. Obama refers to our brave servicemen as “my military” and talks about them going into battle “on my behalf.” I have more bad news for Mr. Obama. The majority of the many servicemen and women I know can’t stand him. They go into battle to serve their country, not because of any loyalty to the most inept commander-in-chief in recent history.

By the way, the thanks Seal Team Six got from Obama is that (in an attempt to make himself look macho) he leaked the identity of the team that took out Osama. This serious breach in security resulted in placing all the brave servicemen – and their families – in harms way.  He jeopardized their safety. They became immediate targets for Muslim extremists. Some of the Seals and their families, furious over this, have spoken out about Obama having placed them in grave danger. One member of Seal Team Six, days before he was killed in battle, emailed his parents to take down any mention of him and his Seal buddies from their Facebook page. He warned them that they were vulnerable because of Obama’s grandstanding.

Here’s a second newsflash for Mr. Obama. Seal Team Six and other service members who supported George W. Bush realize it is he who is most responsible for the death of bin Laden. And most Americans realize that.

When Obama was a senator, he vociferously opposed the intelligence gathering and interrogation techniques that the Bush administration devised, implemented and used to save thousands of American lives. He even spoke to a group of Muslims and called U.S. interrogation techniques “torture.” After he became president he sought to have these patriots prosecuted.

The irony is that once he realized that being president was slightly more complex than being a community organizer, he made use of the very techniques that Bush had put in place. If it had not been for the intelligence that the Bush team developed during his presidency, and the continuing effect of these techniques after Obama took office, Osama bin Laden would never have been found.

Obama’s minimal role in taking out bin Laden was merely giving the “go” signal to act on the Bush intelligence. The strategy to take down bin Laden had been developed under Bush. Obama’s team boasts about the “risks” Obama took in authorizing the mission. When asked what these risks were, they replied that if the mission had gone badly (in other words, if the Seals had been killed instead of Osama), Obama would have suffered politically. In fact, his reluctance to sign off on the order centered around his fear of jeopardizing his bid for re-election! Wow, wouldn’t that have been terrible? I’m sure his losing in November would have far outweighed the pain the families of the Seals would have endured, had one or more of them died. (If I get a little sarcastic occasionally, please forgive me. Obama just inspires sarcasm.)

How about Obama’s oft-repeated claim that he has “decimated” al-Qaeda? Again, any decimating that has taken place was accomplished by our military and intelligence community. However, the cold, hard facts reveal very little real impact has occurred to hinder the terrorist community. One only need ask the family of Ambassador Chris Stevens (the first U.S. Ambassador to have been assassinated since 1970) if al-Qaeda is still alive and murdering Americans.

Intelligence experts now tell us that al-Qaeda has gained strength and influence in at least a dozen countries where they had little of either before Obama was sworn in. They point to the fact that the Muslim world considers us to be a weak nation since Obama became president, and this perceived weakness has emboldened them. They may have thought of George Bush as a cowboy, but they knew he was a cowboy with a big gun. And they knew that he wasn’t afraid to go after anyone who tried to harm America.

I expected before the debate that we would hear “I killed Osama and smashed al-Qaeda” all night long – and of course, Obama did not disappoint. He had no choice but to trumpet this “pseudo achievement” because, simply, it’s all he’s got. He’s a one-trick pony when it comes to foreign policy. While he has limitless ideas on how to crush our domestic economy, he has nothing when it comes to dealing with our enemies.

I have an idea. Let’s make Obama the “Grand Wizard of the Islamic Caliphate.” Let him ruin their economies. Jay Leno got it right. “Obama wants to cripple Iran by imposing ‘crushing sanctions.’ Well, he’s had plenty of experience doing that to the U.S. economy.”