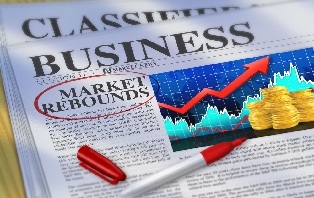 The Dow Jones Industrial Average closed above 14,000 on Friday for the first time in five years. So what? One of the biggest lies in financial circles is that the stock markets reflect the American economy. The reason that many people believe the lie is that it used to be true. This falsehood was particularly helpful in Obama’s bid for re-election.

The masses insisted that the election was about the economy – and they were right. Obama needed to show something positive in the economic sphere if he was to win his office a second time. He failed to show strength in the key areas where he had promised improvements: unemployment was (and still is) inexcusably high; and foreclosures were (and still are) at record levels.

The stock markets were the only remaining area in which he could project strength. It would stand to reason the markets were (and still are) doing well because of the billions of dollars he infused into Wall Street by ramming through the so-called stimulus packages, supposedly as the catalyst to create jobs.  Sadly, the only resulting jobs of a permanent nature were not private sector jobs, but government ones.

The irony of it all is that Obama consistently excoriates “Wall Street Fat Cats” to shore up his base of malcontents and welfare recipients. These folks love to have someone to hate, and who better than “Fat Cats?” Of course, Obama conveniently fails to mention his millions in campaign contributions received from these same “Wall Street Fat Cats.”

(On a side note, Obama recently nominated political insider Jack Lew, his Chief of Staff, to be Secretary of the Treasury. Instead of Lew facing criminal charges, he is relishing the opportunity of being named the highest financial official in the world. Check out his record. He was at the core of much of the criminal activity at CitiBank, the institution responsible for selling worthless mortgage instruments. Lew couldn’t identify major risks under his charge at Citi, but somehow he is now awarded the position of protecting our entire financial system from the very problems he helped create.)

The average American believes that the economy must be on the right track, because the stock market is up. What should they be looking at instead of the markets to discover the true financial condition of our nation?

Well for starters, growth—the most important indicator of a healthy economy. We should be seeing 3 to 4% annual growth, but under Obama’s administrations, we have been languishing between 1 and 2% growth annually. This week’s quarterly report was expected to show an increase of 1.1%. Instead, it was a shocking NEGATIVE .1%. This is the first contraction in almost 4 years.

How about unemployment? (See the LINK below.) The unemployment rate rose to 7.9%. The latest report showed 380,000 new weekly jobless claims.

In his inaugural address, Obama went on and on about homosexual marriage “rights” and about how we must preserve Medicare and Social Security (although his Obamacare Act stole $800 Billion from the Medicare program, and he has presented no plan to save the bankrupt Social Security System).  But he failed to mention jobs, and only made a vague passing reference to an “economic recovery” that has supposedly begun.

Well, surely the National Debt must be going down, since Obama promised he would cut it in half during his first term. Actually, the National Debt increased by $6 trillion in Obama’s first term. That is more debt than the first 42 Presidents of the United States amassed during the first 225 years of our nation’s existence. It should be noted as well that it is also a 50% increase from when he took office.

In fact, the National Debt grew FIVE TIMES faster than the economy from 2010 to 2012. The Congressional Budget Office estimates that Obama will add ANOTHER $6 trillion to the National Debt in his second term – although conservative economists say it could be $8 to $12 trillion now that Obama doesn’t have to worry about re-election.

And yet Obama and the Democrats are pushing for another increase in the National Debt Limit that would further burden our children and grandchildren with burgeoning financial obligation. Under the Constitution, only Congress has power over the budget and therefore the Debt Limit. But Obama has been trying to strong-arm Congress into giving him the power to increase the Debt Limit whenever he wishes and to whatever levels he wishes. We should all be praying that that power grab fails.

I mentioned at the beginning that the stock markets used to reflect the economy, and that so many people believe they still do. The fact is that the markets never perfectly mirrored the economy, but, when left to themselves they often did. Simply said, that is not true today, and has not been true for a long time.

Because of the reckless actions of the “Fed” – the Federal Reserve System – the stock market cannot accurately depict the economy. Most of you know that the “Fed” is not federal. (See LINK below to my 2007 article, “The Non-Federal ‘Fed’.”) This private “quasi-governmental” organization has more power over our economy than the president and Congress combined. And yet it has never been audited (except by itself) and Congress has essentially no power over its actions.

The “Fed” has basically taken over our stock markets by issuing huge amounts of dollars that are backed by “nothing” (according to the official U.S. Treasury website). Issuing this worthless money drives the nation deeper and deeper into debt – but it has the intended effect of propping up the stock market artificially. And it definitely helped Obama get re-elected.

What can we do about an economy that is in shambles? Many people throw up their hands and say that there is nothing the people can do. That is not true. If we care about our nation, we can:

1) Elect only government officials at all levels who will pledge to spend only money the government has in hand, rather than going deeper into debt.

2) Write, email and call your representatives and tell them that you will work hard to defeat them in their next election if they continue to spend money we don’t have.

3) Don’t just be concerned about the National Debt. It all starts with local and state government. Work hard to change government at levels where you have direct contact and influence.

They say that we get the government we deserve. I don’t think the worst country in the world deserves our present government. Yet, we elected it. We are the greatest nation on earth. Let’s start acting like it.

US Treasury: “Federal Reserve notes…receive no backing by anything.”
http://www.treasury.gov/resource-center/faqs/Currency/Pages/legal-tender.aspx