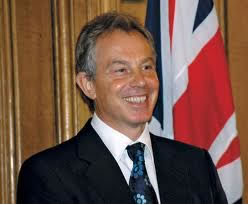 If someone like Tony Blair had been in the Oval Office, we might not be talking about the Boston Marathon bombings. That is because the Obama administration had the opportunity to deport the older Tsarnaev brother years ago, and was too cowardly to do so. And, from all accounts, the younger brother followed the lead of his older brother, and probably would not have acted without him.

The United States Department of Immigration could have deported the older brother, Tamerlan Tsarnaev, in 2009 after he was convicted of domestic violence. That should have been a no-brainer, because the law that allows deportation was designed to protect American citizens from immigrants who pose a threat. The reasons he was not deported were that the Obama administration loves immigrants because they usually vote Democrat; and Obama is afraid to look as if he is “persecuting” Muslims.

The administration missed another opportunity to deport this terrorist when the Russian intelligence service notified our government on several occasions that he was on their equivalent of our terrorist watch list. The FBI interviewed him, but strangely gave him a clean bill of health.

Then there are the reports that the Saudi Arabian government warned the U.S. Departments of Homeland Security about Tsarnaev, saying that he was a Jihadist that the U.S. should look at closely. This account was confirmed to the UK’s Daily Mail by both a senior Saudi official and a highly placed source in the DHS who asked to be kept anonymous. This week the Saudi government denied that it sent such a communication. The administration admits the Russian warning. If the Saudi report is true, the administration ignored not one, but two significant warnings from two nations.

How would Tony Blair have handled this? Following the July 7, 2005 London bombings (often referred to as 7/7) in which four Islamic suicide bombers killed 52 Britons, Prime Minister Blair went on the offensive.

I should start by saying that Great Britain almost invited the bombings on their capital. Through its extremely liberal open immigration policy, and an asylum policy that protected terrorists, Britain created conditions that resulted in London hosting more radical Islamic groups and cells than any other capital in Europe. And government policies embraced and empowered radical Islamic groups on British soil.

But in the aftermath of 7/7 Tony Blair found his spine. Blair has told the Islamic hate-mongers who wanted to destroy British society: “If you don't like the British way of life, we will deport you.”  I only wish Obama had the courage to do the same.

You didn't see much about this in the media back then, because the liberals who control the media didn't like what Blair had to say. After all, it was so…un-liberal. But he was right to say it. He told the Muslims and others with the same hateful attitudes that if they want to come to Britain to enjoy the benefits and freedoms there, they had darn well better support the ideals that make those freedoms possible. If not, they would be sent back to the backward swamps from which they crawled before coming to his civilized nation.

Blair gave a speech in which he laid out the new direction the UK would be taking. The stories in the research section below give the details of Blair's speech. I will just list the key points here:

First, Blair promised measures to fast-track the deportation of radical Islamic preachers to prevent them from spreading what he described as their "evil and extreme ideology." This was important, because in Britain (as well as in the United States), evil Islamic clerics were using the most hateful parts of the Koran to twist young minds and turn teenagers into suicide bombers.

In addition, Blair said, the government was preparing orders allowing it to shut down places of worship used as centers for "fomenting extremism." You may be surprised that I applauded this action, since I am an ordained minister. But I would be just as much in favor of closing down any church here in the States whose pastor incited its members to join the Ku Klux Klan and lynch black people.

Blair announced that two Islamic organizations, Hizb ut-Tahrir and al-Muhajiroun, would be banned in Britain. This happened none too soon! Those organizations had long preached that America and Great Britain deserved to be attacked because they invaded Iraq. The problem is that they were preaching destruction of Western democracies long before we invaded Iraq. Iraq is just their latest excuse for a hatred that stems not from politics, but rather from a hate-filled religion which believes anyone who does not embrace Islam is satanic and deserves to die.

On this subject, Blair denounced as "appalling rubbish" the opinions of those who support the London bombings as legitimate expression of Muslim anger at the policies of Britain and the United States.

According to Blair, Britain's home secretary would be empowered to deport or exclude anyone "fostering hatred, advocating violence to further a person's beliefs or justifying or validating such violence." He promised that a list would be made of "specific extremist web sites, bookshops, centers, networks and organizations” and that "active engagement" with any of them would be a "trigger" for possible deportation. And it would be an offense to condone or glorify terrorism anywhere, not just in the UK. "Anyone who has participated in terrorism or has anything to do with it anywhere would automatically be refused" for immigration.

This was brilliant! Before, anyone could preach terrorism abroad, and be welcomed to Great Britain with open arms, because the offense had not been committed on British soil. Blair also said the government would consider stripping citizenship from naturalized Britons "engaged in extremism." This is a major step. In Britain, as here in the States, if an individual has been given citizenship, they have traditionally been treated just as if they had been born here. My wife is a naturalized U.S. citizen, having been born in Cuba, so I do not say this lightly. But both the United States and Great Britain have hundreds of thousands, perhaps millions, of naturalized citizens who have come to our countries for no other reason than to destroy us from within. Neither country should hesitate to strip those individuals of their deceitfully-gained citizenship.

Finally, Blair proposed the establishment within the Muslim community in Britain of a commission to advise on how to better integrate into society "those parts of the community presently inadequately integrated" and not a second too soon. In Great Britain, as in the U.S., substantial segments of the Muslim society isolate themselves from the society at large. They come here supposedly because they admire our ideals and desire the freedoms we exemplify, yet they wall themselves off in self-imposed ghettos.

Many never learn the language of their adopted countries. They go to religious schools that teach them to hate the nations that have generously accepted them. They go to mosques where they learn more hatred from screaming Islamic “preachers.” Many never leave their communities, where they shop in their own shops, eat at their own restaurants, and never socialize with citizens outside their community. Because they have no basis of comparison, they are sitting ducks for the religious leaders who teach them hatred and hide terrorists, guns and bombs in their mosques. It is as if they had never left the Middle East.

Because of this isolationism, in Great Britain and here in the U.S. young women are forced into marriages with old men they do not love. Young girls who are raped must prove to religious leaders that they have been raped, however the crime may only be proved by having had four male Muslim witnesses - an impossibility. So they have two choices: the “safe” choice of not reporting the rape, which makes them an easy target for future crimes; or reporting it sans the “four witness” caveat and be considered adulteresses with an end result of having their duty-bound family murder them. They call it "honor killing."

Folks, this still happens every day in Great Britain and in the U.S. I'm not saying that all Muslims force their daughters into unwanted marriages or engage in honor killings. Many have assimilated and have abandoned these barbaric Islamic practices. But those who isolate themselves continue these traditions today in two of the most enlightened nations on earth.

It was heartening for me to see that Tony Blair had finally stopped appeasing Muslim murderers. Up to then, he had adopted a Clinton-Gore approach: "Boys, let's make nice. We'll sit down and talk about why you enjoy murdering our people so much. Then you can tell us what we did wrong, and we'll promise to be good."

Blair must have studied Ronald Reagan, who had the guts to say, "Mr. Gorbachev, tear down this wall!" After the London bombings Blair followed the lead of the Great One, and basically said, "We’re going to throw you spineless hate-mongers out of our country. You don't have the guts to strap bombs on yourselves. Instead, you teach your children your evil religion's hatred, and send THEM to die from suicide bombs as they murder innocent civilians. NO MORE!!"

Even though Tony Blair is no longer Prime Minister, most of the reforms he began following 7/7 continue to keep Great Britain safer. Of course the Left started to try to dismantle them the day Blair left office. Fortunately the average British citizen has a strong instinct for self-preservation, and the demented Left has mostly been held at bay.

To Obama: Take a note. Ignore your fellow Democrats who want to appease the extremists. Find out where Blair got his spine transplant and order one for yourself.

JUDICAL WATCH: Boston Bomber Could Legally Have Been Deported
http://www.judicialwatch.org/blog/2013/04/boston-bomber-could-have-been-deported-after-2009-conviction/

Boston Bomber Should Have Been Deported After 2009 Conviction
http://www.mrconservative.com/2013/04/12468-boston-bomber-could-have-been-deported-after-2009-conviction/

Blair Out to Deport Radicals
http://www.telegraph.co.uk/news/uknews/1494869/Blairs-on-collision-course-over-laws-to-beat-terrorism.html