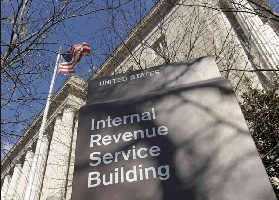 Conservative groups complained during the last presidential election that they were being harassed by the IRS. Predictably they were labeled by Democrats as hysterical crackpots spinning conspiracy theories. This week, after two years of lying to Congress and the American people, the IRS admitted that the complaints were true. It even apologized.

And a draft report released this week on a year-long investigation of the IRS by the Treasury Department’s Inspector General confirms the wrong-doing by the IRS.

I am sure many will ask why I decided to write about this White House scandal instead of the scandal of the White House cover-up of Benghazi. This week, whistle-blowers confirmed that Obama and Hillary Clinton deliberately lied as they stood next to the coffins of the four Americans, claiming they were not victims of terrorism, but rather that they died as the result of a protest against a ridiculous YouTube video.

The answer is simple. Although the Obama administration lied in both cases, the implications of the IRS abuse of power are far more frightening. After all, we have gotten used to Obama lying repeatedly, and never, ever admitting when he is wrong. But a president using the IRS to intimidate political opponents and win an election, while long suspected, has never been proven until this week.

In case you have been on another planet for the last week, let me briefly summarize what we know. About three years ago the IRS began targeting groups that had “Patriot,” “Tea Party” or “9-12 Project” in their names. The IRS even illegally required these groups to disclose the names of their donors.

On June 29, 2011, senior IRS official Lois Lerner, who heads the division that approves or disapproves applications of non-profit groups, was advised in a meeting that these illegal activities were taking place. After the meeting the IRS discontinued targeting groups whose names indicated that they were conservatives. Instead, they began to single out for additional scrutiny groups whose applications indicated that their goal was to teach about the Bill of Rights or the Constitution!

What?!? Only in the small minds of liberal Democrats could teaching Americans about their rights and liberties be considered offensive. So it is no surprise that that this outrage took place under the most liberal president since FDR.

There is also evidence that the IRS has targeted pro-Israel groups. In 2010 such a group sued the IRS for discrimination. Among other actions, the group claims that the IRS required the Jewish organization to state “whether it supports the existence of the land of Israel,” and also demanded the organization “describe its religious belief system toward the land of Israel.”

Additionally, the lawsuit claims that an IRS agent told a pro-Israel group that the applications of some of those Israel-related organizations had been assigned to “a special unit in the D.C. office to determine whether the organization’s activities contradict the Administration’s public policies.” For more on this aspect, see the LINK below.

Of course, the Obama administration maintains that it had nothing to do with the abuse of power. Obama himself has so far refused to comment on this (although I predict that he will be forced to do so in the near future). So his version comes to us compliments of his Press Secretary. The Obama version goes like this:

A “small number” of “low-level employees” were responsible for the “mistake.” These were “non-political career employees.” No political appointees who answer to Obama knew anything about what was going on. And just in case it is proven that the IRS Commissioner (who lied to Congress repeatedly about this, and who does report to Obama) is proven to be at fault – we should not forget that he was appointed by Bush!

Where do I begin? The “small number” of employees who had to know about this in order for it to happen numbered in the hundreds. As far as being “low level,” it is ridiculous to think that anything this overtly political could occur without approval at the highest levels. And this was not a “mistake.” It was a deliberate, outrageous abuse of power intended to crush political dissent.

The notion that because the people who supposedly hatched this plot were “non-political” beacuse they were not appointed is ludicrous. People who work as career bureaucrats do not check their values and beliefs at the door when they arrive at the office. In fact, in a Liberal administration, employees who reflect the beliefs of their superiors are recognized and promoted. And Conservatives are weeded out whenever possible.

The fact is that Lois Lerner, the head of the entire division that harassed Conservative groups, admits that she knew about the crimes committed by the IRS almost two years ago. The idea that she would not share this damaging information with the IRS Commissioner, Douglas Shulman, is preposterous. Five times in the past two years Congress has grilled Shulman about this suppression of free speech. And five times he has flatly denied it.

"There is absolutely no targeting. This is the kind of back and forth that happens to people" who apply for tax-exempt status, Shulman said at the House Ways and Means subcommittee hearing.

If Lerner had allowed her boss to commit perjury during Congressional hearings without filling him in, she would have been fired as soon as he discovered it. And she has not been fired.

I’m sure that Obama took precautions so that he would have “plausible deniability.” He didn’t make Nixon’s error and record meetings. And he made sure that no one was in the room that he couldn’t trust to lie for him.

The idea that a group of IRS employees would risk their careers by coming up with this plot and implementing it on their own is a fantasy. So who did come up with the idea? The way police solve crimes is by asking, “Who benefited?”

The sole beneficiary of this suppression of political dissent is Obama. It is very possible that this could have decided the election in two ways. First, the intimidation could have suppressed free speech that might have brought out higher numbers of Conservative votes. Second, and most important, if the facts that came out this week had been made public in 2011, the scandal could have cost Obama his re-election.

We will never know for certain if Obama stole the election by lying about this scandal. But one thing we do know is that without a doubt this is the most corrupt administration in recent history. If there had been a man of integrity in the White House no one in the IRS would have dared to target his political opponents – no matter who ordered the dirty tricks.

But officials and employees of the federal government had watched Obama lie and cheat for three years by the time this conspiracy was devised. Is it any wonder that the IRS felt comfortable violating the Constitution, given the example of the president?