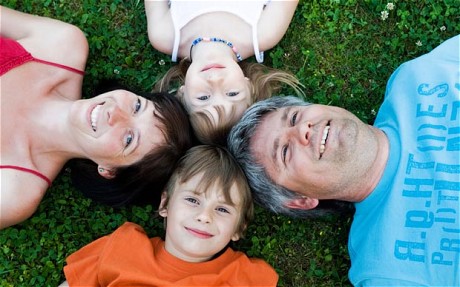 Over the years I have been interviewed many times on radio, television and for the print media. I am outspoken, and have received my share of hate mail as a result of statements I have made and positions I have taken. But I have noticed a distinct shift in the attitudes of many people over the last few years. For instance, my mention of a “normal family” in one of my columns drew a storm of protest.

I am concerned that God’s people have allowed their attitudes toward the family to be shaped by what the world has to say, instead of what the Bible says. If the majority says something loudly enough and often enough, even people who should know better start to accept the politically correct line of thought. Or, if they realize that what the world says is a lie, they are afraid to speak up and defend the truth.

Maybe I’m not in touch with the times. Or maybe political correctness has taken its toll even on conservatives and Christians. Whatever the cause, it is amazing to me that so many people could be offended by a simple reference to normalcy in a family.

We all know the composition of a normal family. It begins with two parents – one from each gender. Then there are 2.2 or 2.3 children. The family members all live under the same roof. The husband doesn’t beat the wife. None of the children take drugs, nor do they pierce or tattoo their bodies. The family pays its bills and attends church (almost) every Sunday.

When I had the audacity to mention that there was such a thing as a normal family, I received hate-filled responses from a variety of people, all of whom presumably advocate free speech (but apparently only for themselves):
Let me make one thing clear. What is normal is what God has ordained. The fact that many, or even a majority do something different does not change God’s laws.

Two homosexuals can never make a family. Even if the children do not become homosexuals themselves, living in that perverted atmosphere scars a child for life. I have a friend who was raised by two homosexuals. She is married, but her life is a shambles as a direct result of her upbringing. Nothing about the homosexual lifestyle is normal.

"Shacking up" will always be abnormal. Whether the children were born before the couple started living together, or were born of the union, such an immoral lifestyle is always harmful to them. Children need security. There is no security for them when, because there is no commitment, either parent can just walk away at any time. Living with someone to whom you are not married is not normal.

A huge percentage of the population is divorced, but that doesn’t make it normal, and it sure doesn’t make it good for kids. God ordained marriage to be for a lifetime. Unfortunately, divorces are so easy to obtain today that there is little protection for the children from the selfishness that is so often at the root of divorce. Whether a divorce results from infidelity, a partner who wants to “find” him or her self, or one partner is not “happy” in the marriage, almost every divorce results from one or both partners being self-centered. The children often get lost in the process. Divorce is not normal.

The first two types of abnormal families are the result of sexual sin. These are decisions that have been made, and they can be unmade. Homosexuals can seek counseling. Thousands have successfully left that life through the help of various ministries, often headed by former homosexuals. Couples who are living in immoral relationships can choose to get counseling and marry.

I mentioned that divorce is almost always caused by selfishness on the part of one or both partners. Having counseled hundreds of couples, I can say unequivocally that the majority of divorces are unnecessary. If both spouses were willing to follow the precepts of the Bible, most marriages could be saved. That being said, many times one spouse is willing to work to save the marriage, and the other is not. As a result, people are often divorced against their will, and sometimes through no fault of their own. Although a single parent family is not normal, it is certainly preferable to one in which the children or the single parent are being abused.

I want to make it very clear that a normal family is something to strive for. For the reasons mentioned above, and others not examined here, many times a normal family is an ideal that is not attainable. For instance, as a Singles Pastor, I ministered to hundreds of single parents. Many of them had no choice in the situation in which they found themselves. But all of them desired a normal family for their children.

Regardless of all the noise from liberals and those who advocate for immoral lifestyles, regardless of how much society has changed, God never changes and His vision for the family has not changed. Regardless of how loudly the politically correct crowd howls, “normal” is not a dirty word.